Hurtigruten wants to bid for the entire coastal route

Probably it is not a surprise: Hurtigruten has decided to tender for the coastal express service on the Norwegian Coast. Recently the Norwegian State produced an official invitation to bid for the new coastal service agreement, which has been divided in three segments. The actual contract with Hurtigruten expires in 2020/21
Several companies are believed to have shown interest.
The deadline for submitting tenders is 3 January 2018.
Next year Hurtigruten celebrates its 125th birthday, which means they have built up an amazing, unrivaled knowledge. And of course, so far they are the only company with 11 dedicated ships (with side loading ramps).
On a press conference CEO Daniel Skjeldam said Hurtigruten was going to bid for the entire package. “Nobody knows the Norwegian coast like us,” he said. He also added that even without the renewed agreement Hurtigruten would continue to operate cruises along the coast, in a different way though. Some ports which are part of the actual ‘lifeline’ contract would be dropped and locals would no longer be able to use the ships as public transport. In this case Hurtigruten could stay longer in marquee ports and offer more and different excursions.
Who will it be? We’ll know probably end of March 2018. 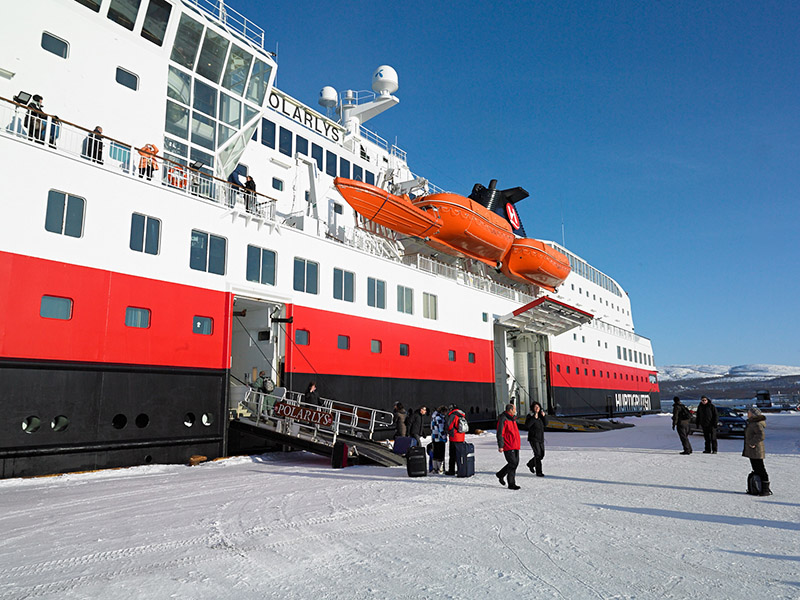