Built at the CMJL (China Merchants Jinling Shipyard) shipyard in Weihai, China, these three E-Flexer class ships will be operated under a 5-year charter to Stena RoRo with an option to buy. Each will fly the French flag and be crewed by French seafarers.

“The renewal and modernisation of our fleet is an integral part of our five-year recovery plan,” said Christophe Mathieu, company CEO. “GALICIA is the result of an order placed in a very different times than we face today.”

GALICIA will serve routes connecting the UK with Spain and France. She will offer passengers a truly immersive and relaxing experience prior to their stay in Spain. 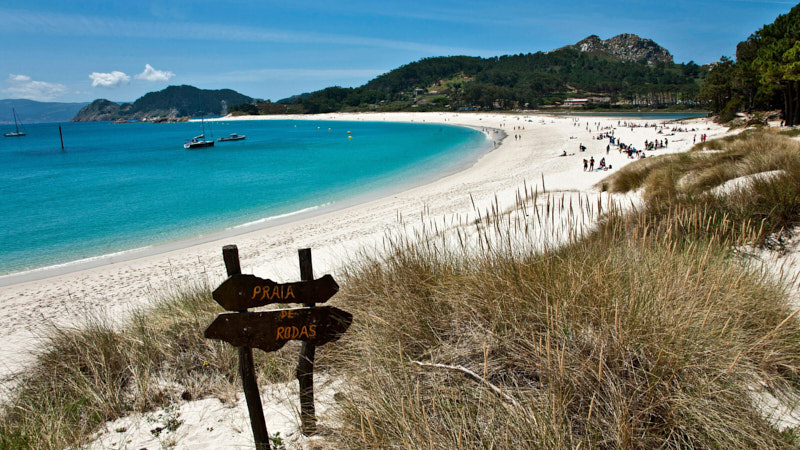 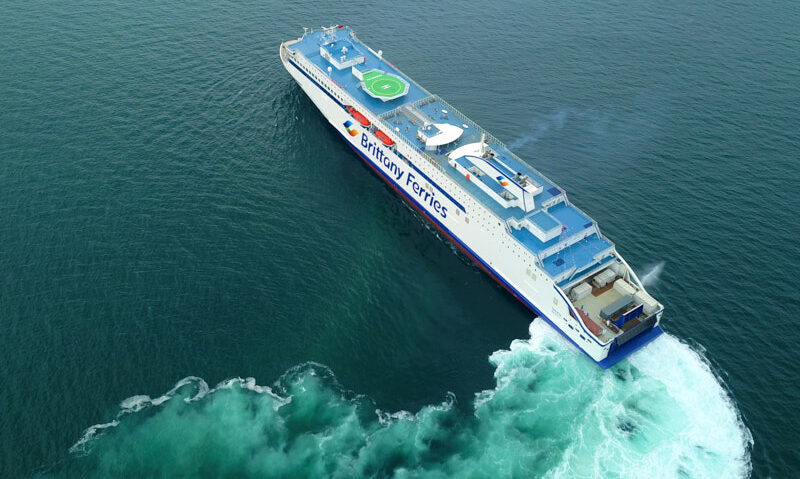 GALICIA is the first ship to encapsulate Brittany Ferries new brand, and its new promise to passengers.

As well as one there-and-back connecting Portsmouth and Cherbourg each week (for French crew change), GALICIA will cruise overnight twice a week between Portsmouth and Santander.

Brittany Ferries aims to bring an authentic taste of Galicia to passengers while they’re sailing. It’s all part of the company’s focussed mission to reveal the beautiful destinations around the coastline of the European West.

“We don’t just want to take you there,” says Brittany Ferries’ strategy director Catherine Querné, who leads interior design for the entire fleet. “We want to bring your curiosity alive about our destinations before you’ve arrived.”

The layout of all three new E-Flexer ferries is more-or-less the same, but each will host unique interior design. GALICIA’s was created in collaboration with architect Richard Nilsson (Figura).

The Camino de Santiago, the ancient network of pilgrim’s ways which converge on Galicia’s capital Santiago de Compostela from across Europe provides a very appropriate design theme across the entire ship.

The numbers on the cabin doors, for example, are displayed on a background shaped like a scallop shell, the centuries-old symbol taken from the coast by those completing the epic on-foot journey to Santiago.

The walls of public areas and the cabins are adorned with original art – and in Galicia’s case, even poetry – which reflects the landscapes and culture of the region.

As does the food. One dinner at the Tabernas de Tapas restaurant (photo) is included in the price of a voyage to Spain.

“It’s very important that we bring an economic benefit to the regions we serve,” notes Catherine, “and of course food has always been central to Brittany Ferries’ offering.  So, we’ve worked with organic farmers and small local producers to source what we’ll serve aboard Galicia. You’ll be able to enjoy cheese from the Picos de Europa mountains, for example, and if you enjoy it, you’ll be able to find the name of the individual farmer who made it.”

“We know that a voyage by sea is simply the richest way to travel,” concludes Catherine. “When you’re in that restaurant, you’ll feel like you’re already eating out on a terrace on the Galician coastline. You just can’t get that with any other form of travel. We believe your holiday should start when you embark, not when you disembark.” 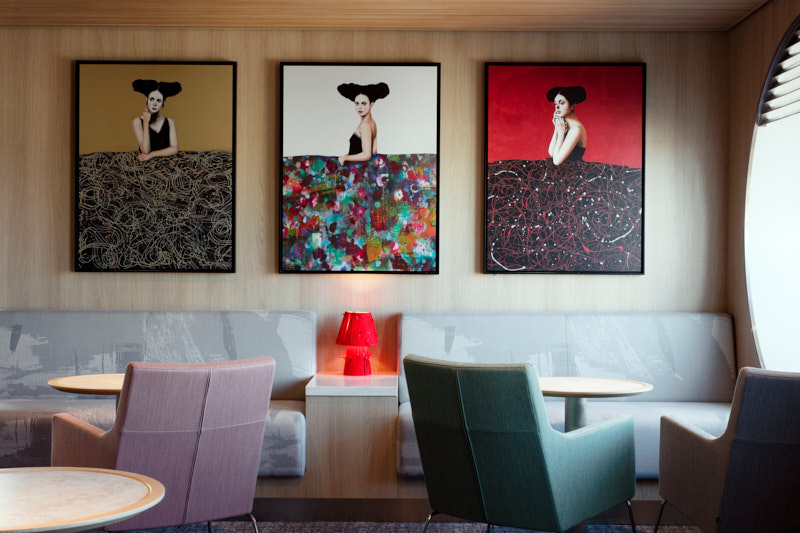 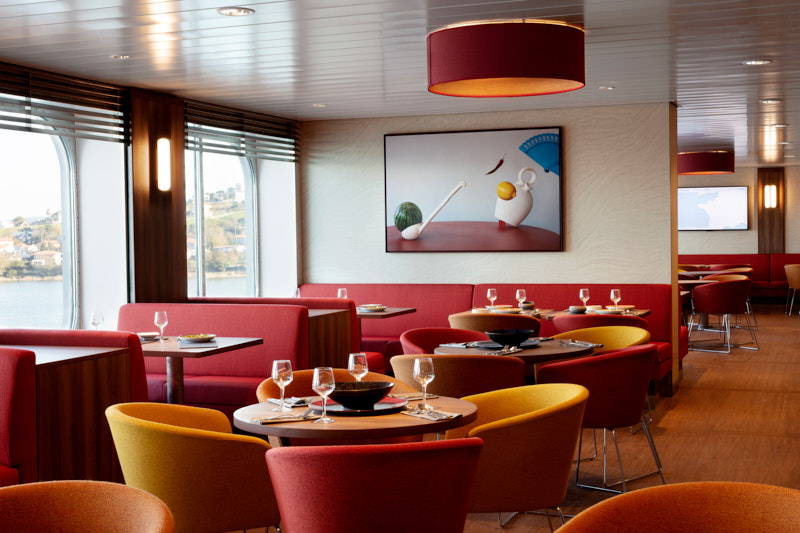 A “Journey in Taste”

In a first for Brittany Ferries, one dinner and one continental breakfast are included in the ticket price of a voyage through the Bay of Biscay. It’s the opportunity to taste delicious specialities, such as an enticing selection of tapas.

The 352-seat Azul restaurant offers a wide range of hot dishes and cold buffets. Gazpacho, paella or Catalan cream are on the menu and the Azul will be open for lunch and dinner.

“When you are in this restaurant you will feel as if you are already eating on a terrace on the Galician coast. This is simply impossible to achieve with any other means of transport. We believe that your holiday should start when you embark, not when you disembark,” added Catherine Querné. 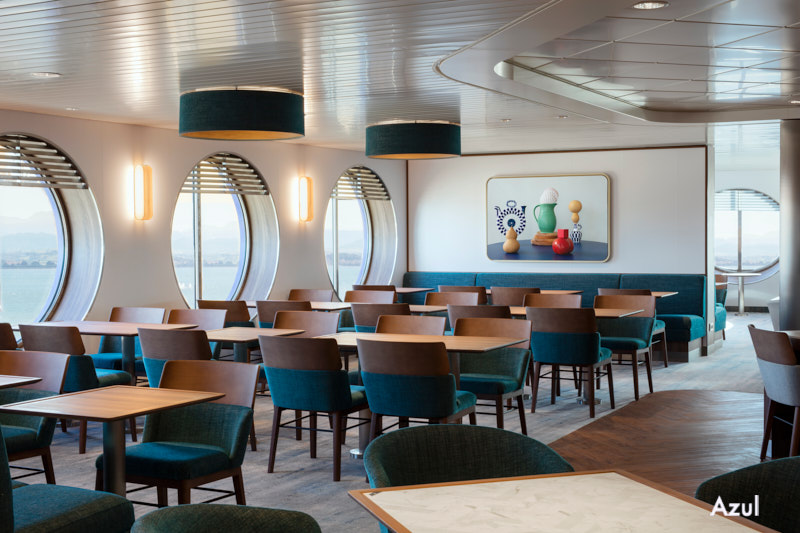 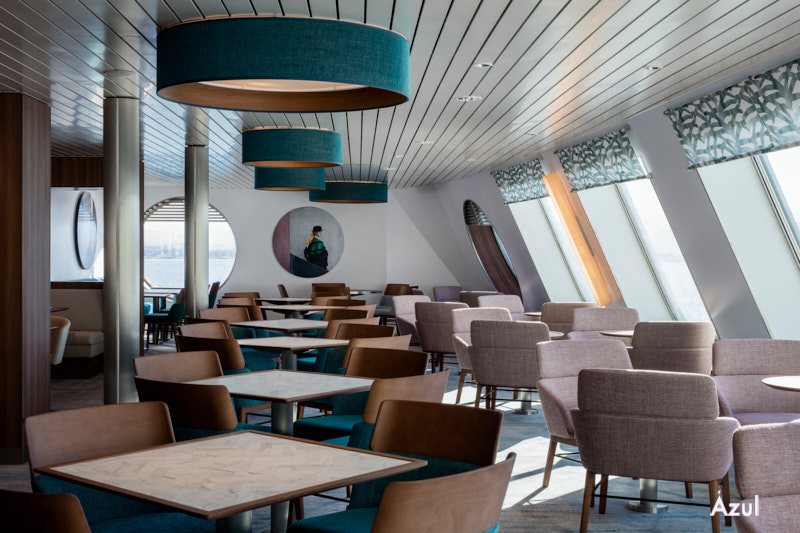 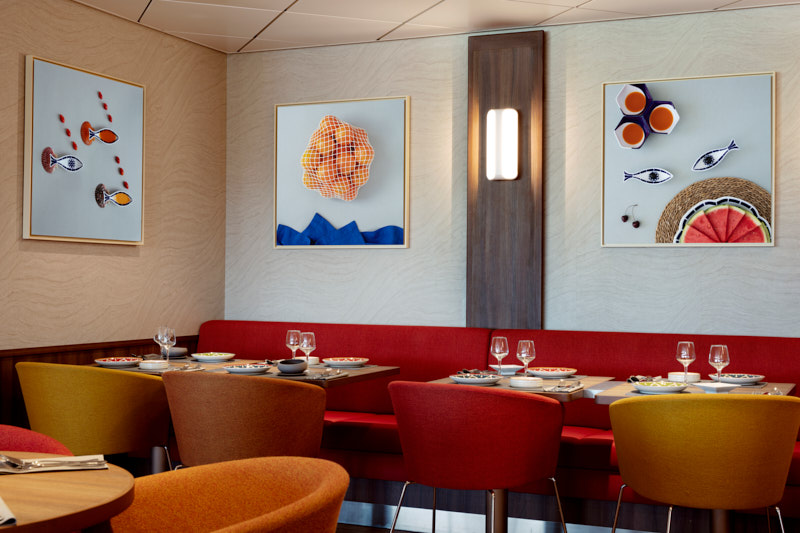 The Tapas Tavern is the perfect place to eat the dishes served in Iberian bars. It comes with a warm atmosphere and the promise of a wide range of tapas. 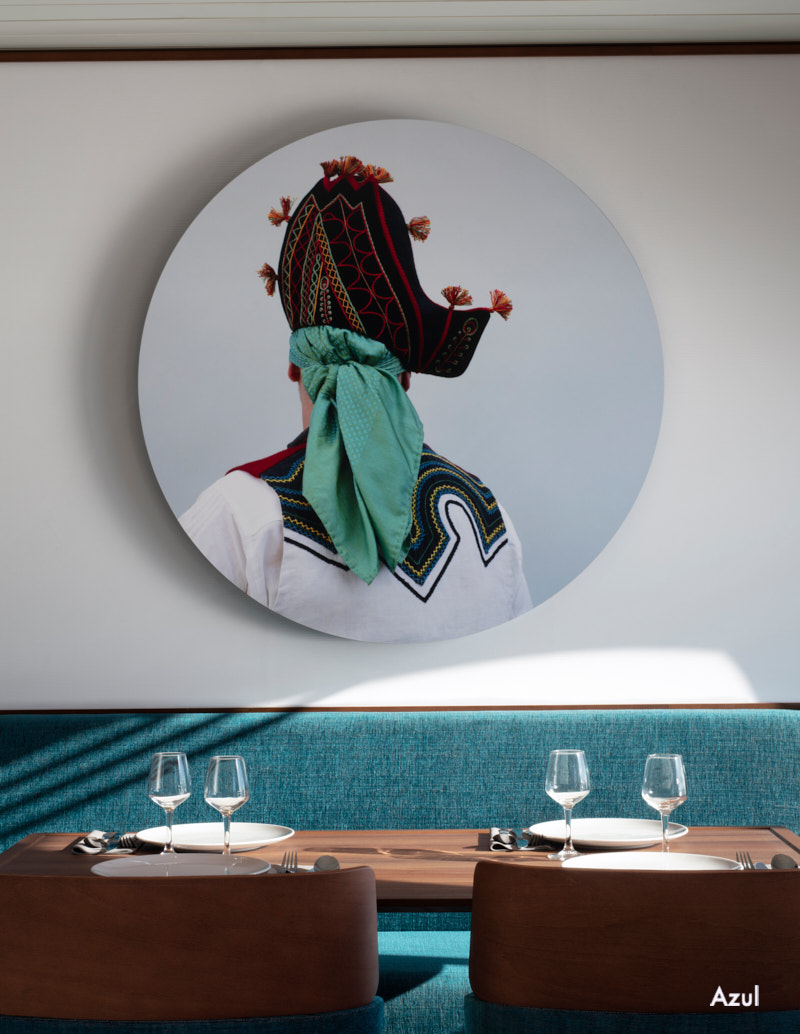 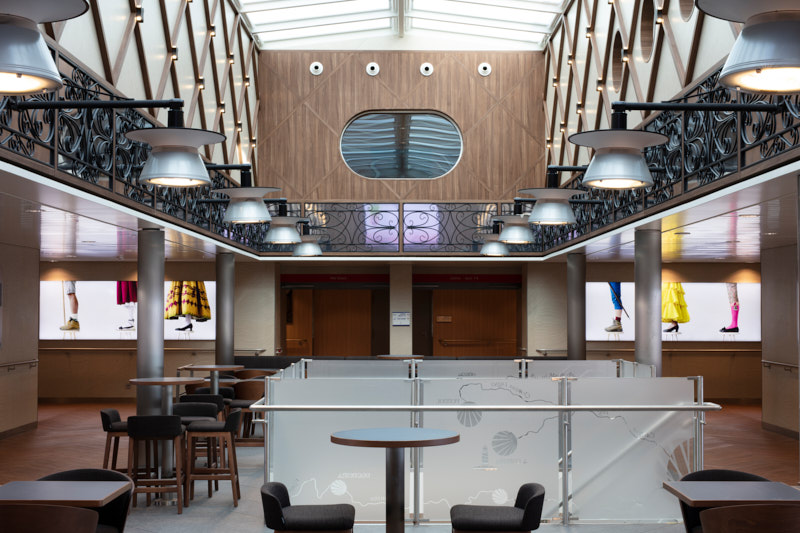 With its huge glass roof, The Plaza Mayor bar goes big on atmosphere. It draws inspiration from the city of Santiago de Compostela, the arrival point of pilgrims walking the famous Camino de Santiago. Bathed in natural light, the bar hosts a large screen for sports events and music, and is the perfect place to relax with a glass of wine or Spanish beer.

A tour around her decks takes passengers on a journey of discovery inspired by the region. Bright and spacious passenger areas await, hosting shops, lounges and cabins to support every need, with each deck themed on a different aspect of the region: beach, countryside and town.

There’s a huge outside terrace on deck ten, three playrooms for children, numerous lounges, restaurants and bars and two large shops located in the heart of the ship. These cater for everything from perfume and souvenirs to wine and newspapers. 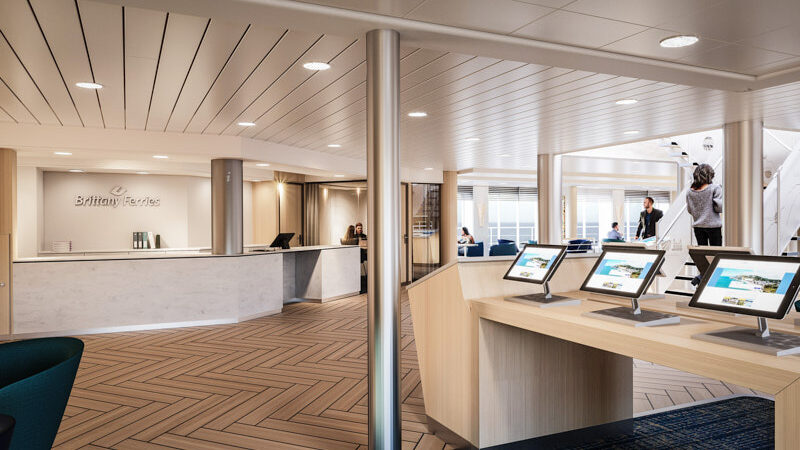 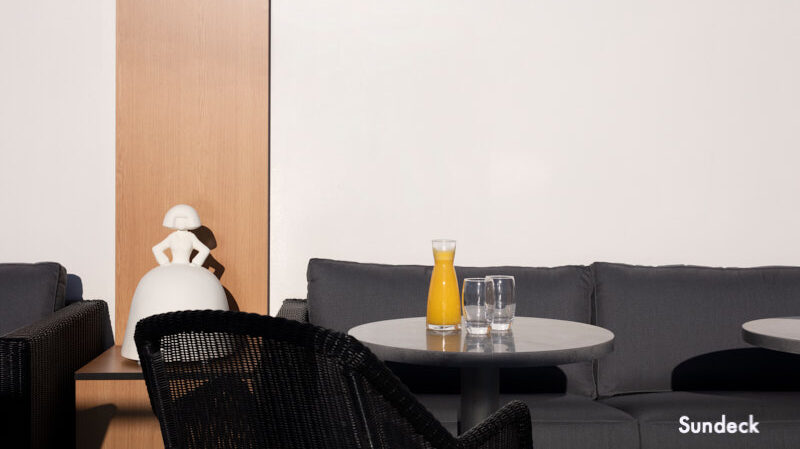 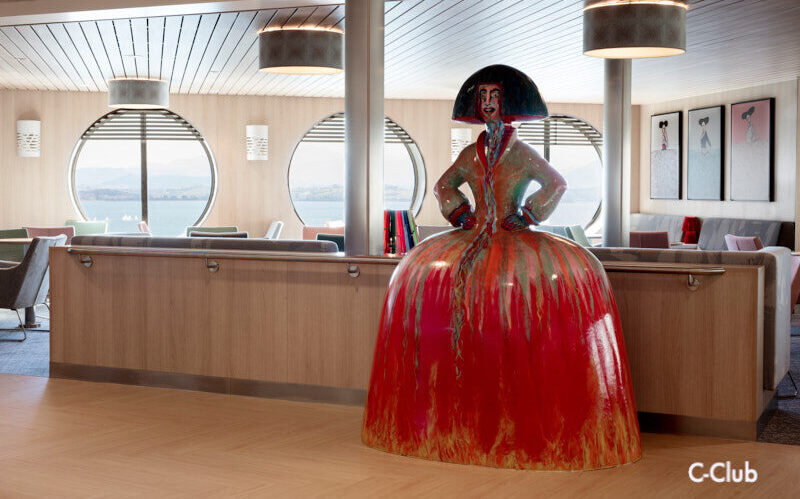 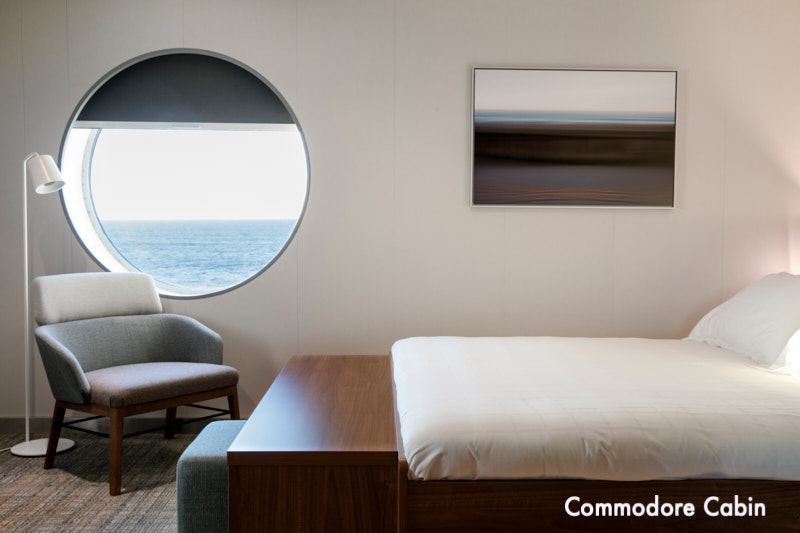 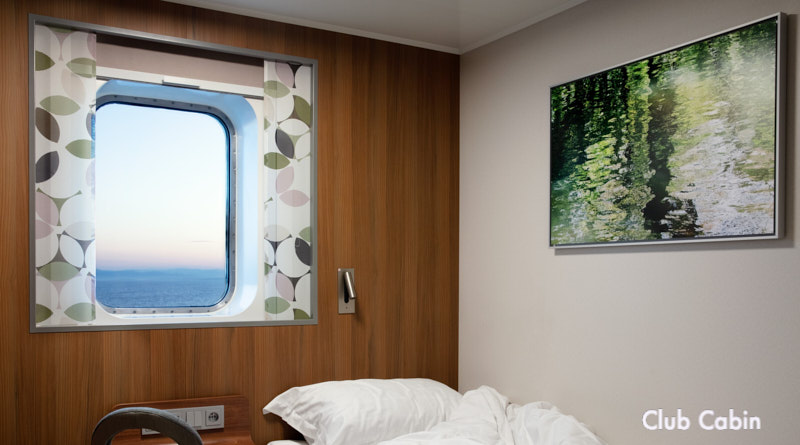 In total there are 343 cabins, all with en-suite bathrooms – and 37 cabins for lorry drivers. Some cabins have been adapted for passengers with reduced mobility and 22 are pet-friendly cabins. Brittany Ferries carries around 100,000 four-legged friends per year. Galicia also hosts 21 Commodore Club cabins and three Commodores Suite cabins. 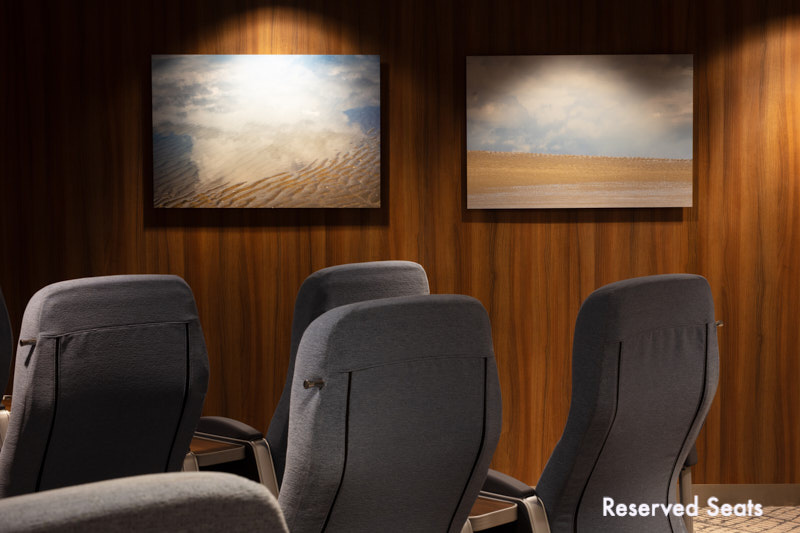 Lounge seating: Enjoy the comfort of a premium reserved seat offering you a dedicated place to relax (43 seats). 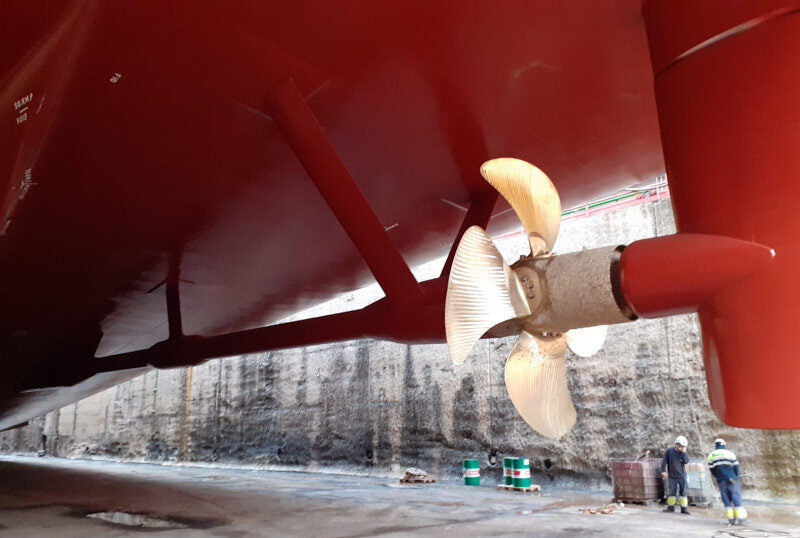 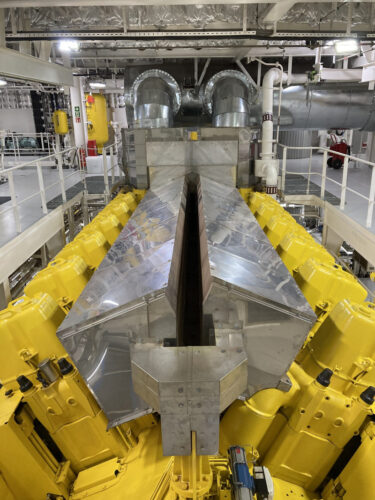 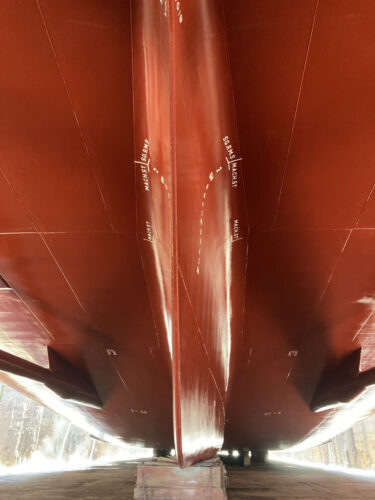 She will also serve a weekly return crossing connecting Portsmouth with Cherbourg, with crossings of approximately nine hours from Portsmouth on Sunday evening and from Cherbourg on Monday evening.

The call at Cherbourg has two reasons: 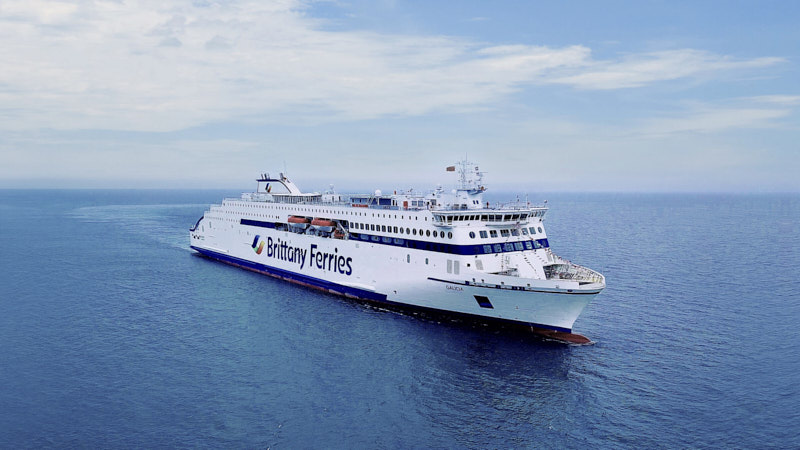 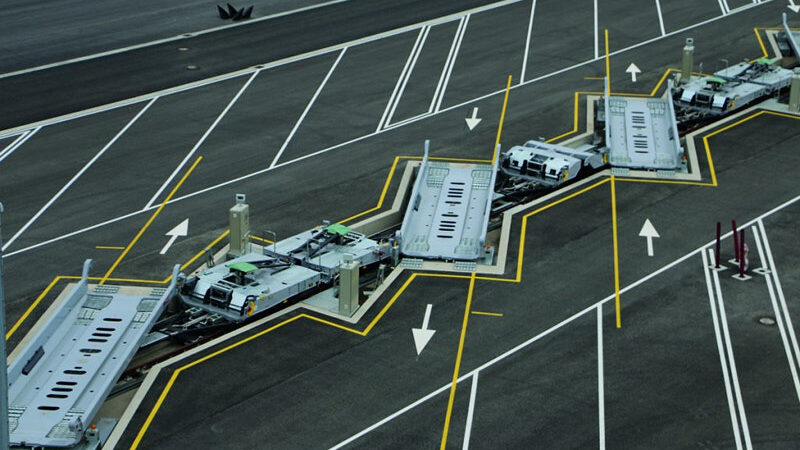 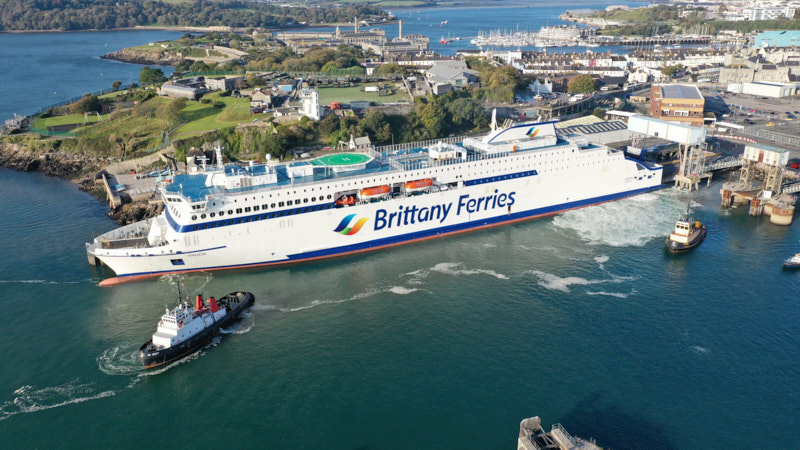 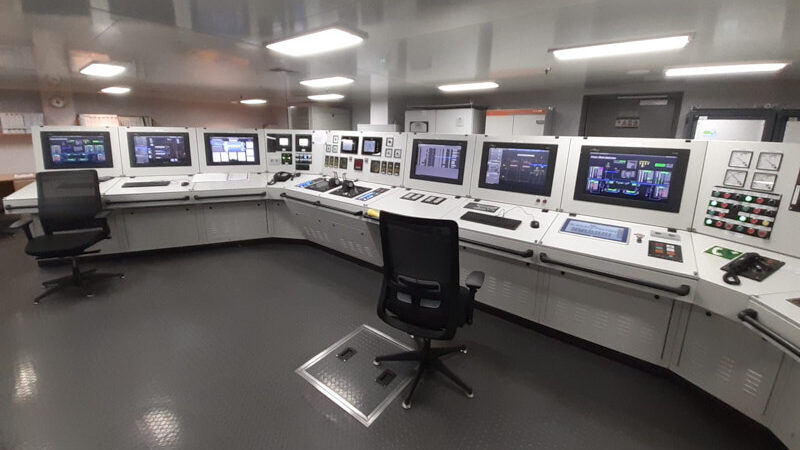 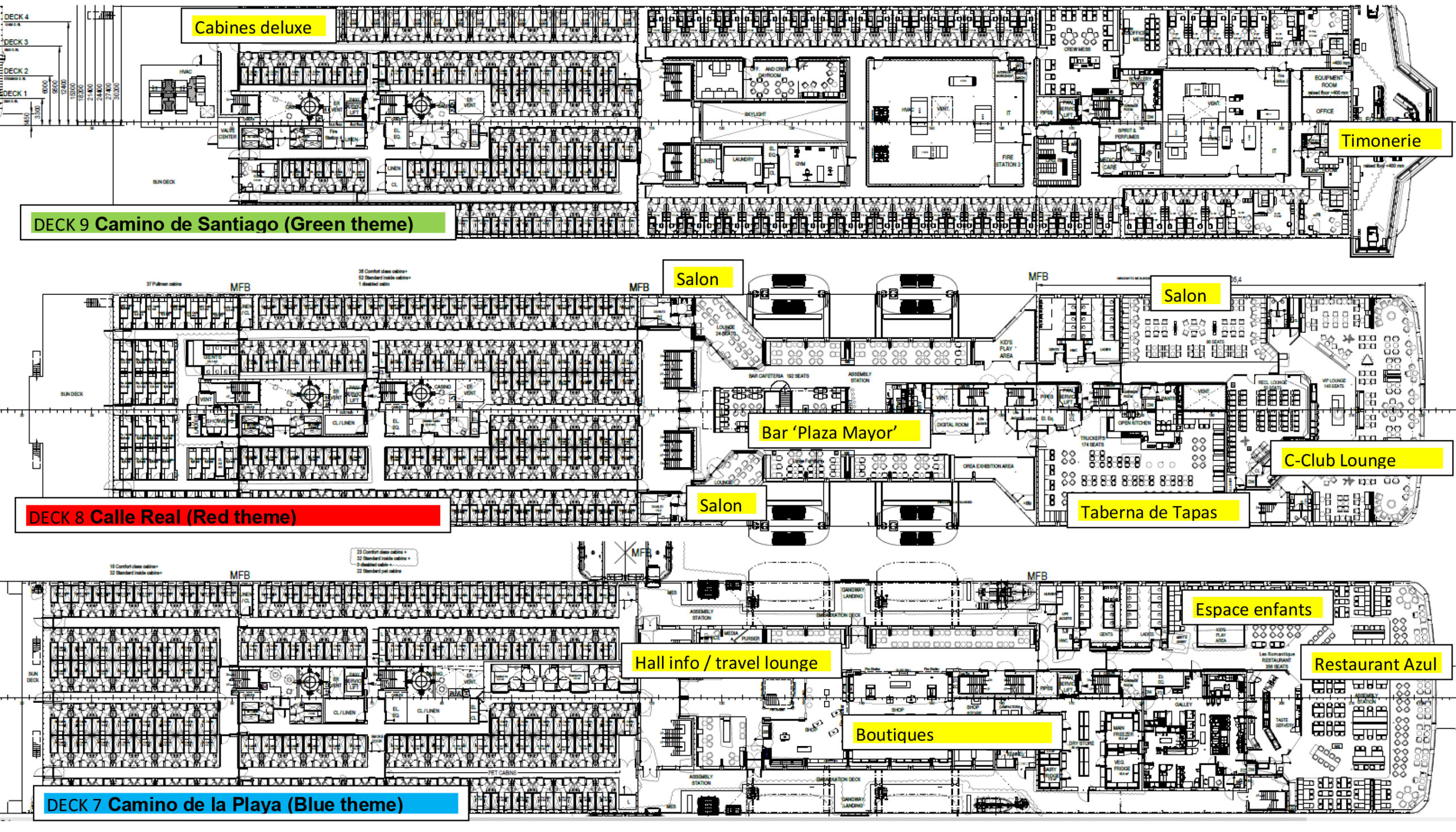