FRS Will Add More Routes To Its Spanish Portfolio 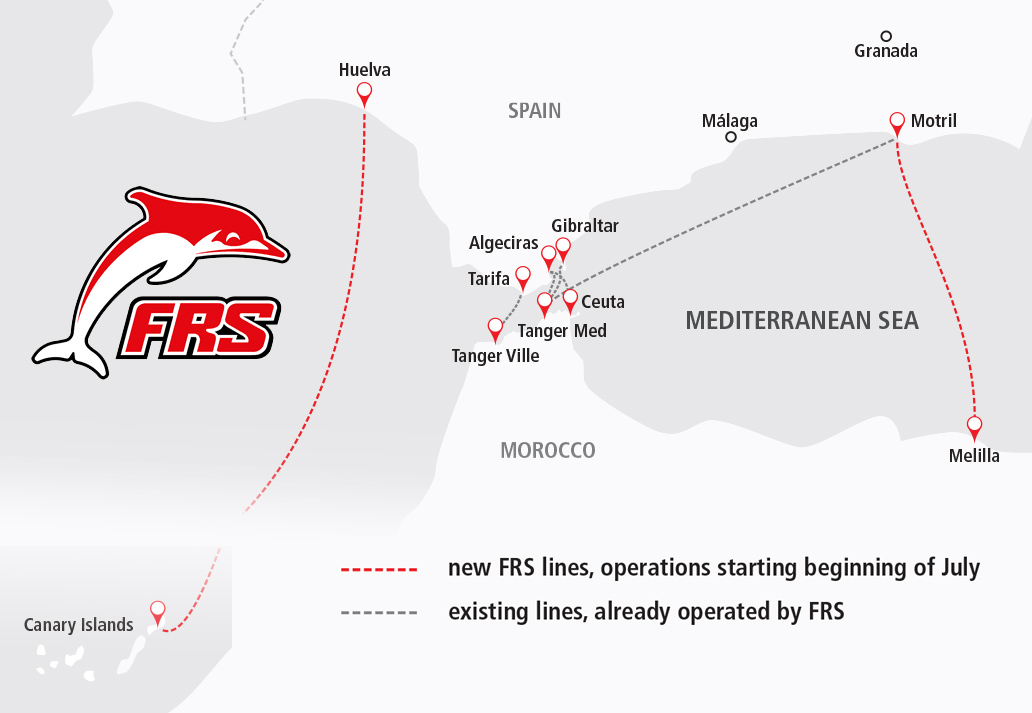 FRS increases its Spanish routes with the operation of the Motril-Melilla and Huelva-Canary Islands lines. This will start in July.

Until now these ferry lines have been operated by Naviera ARMAS. As already announced in last week’s newsletter the change was a condition from the anti monopoly commission. Armas had to give up some routes to be allowed to acquire Trasmediterranea. 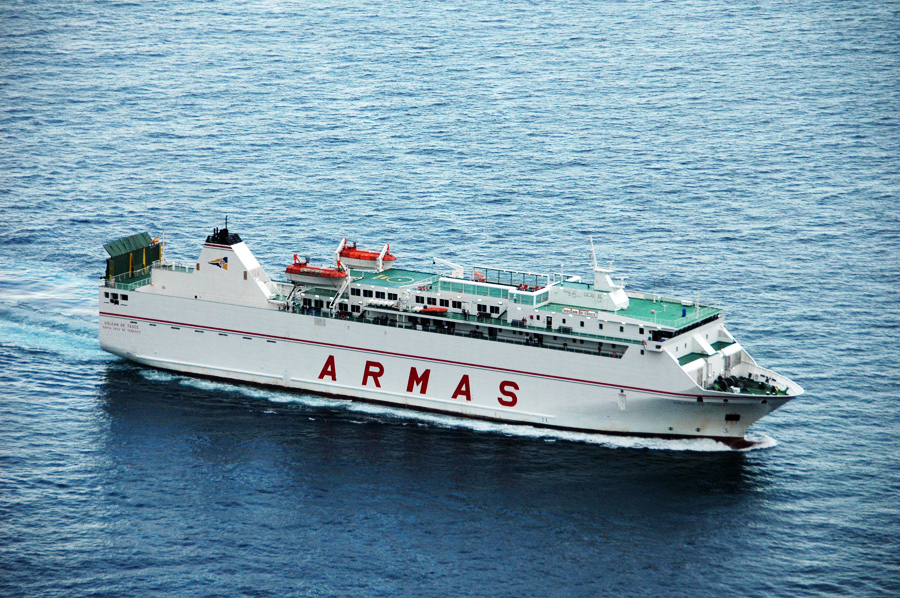 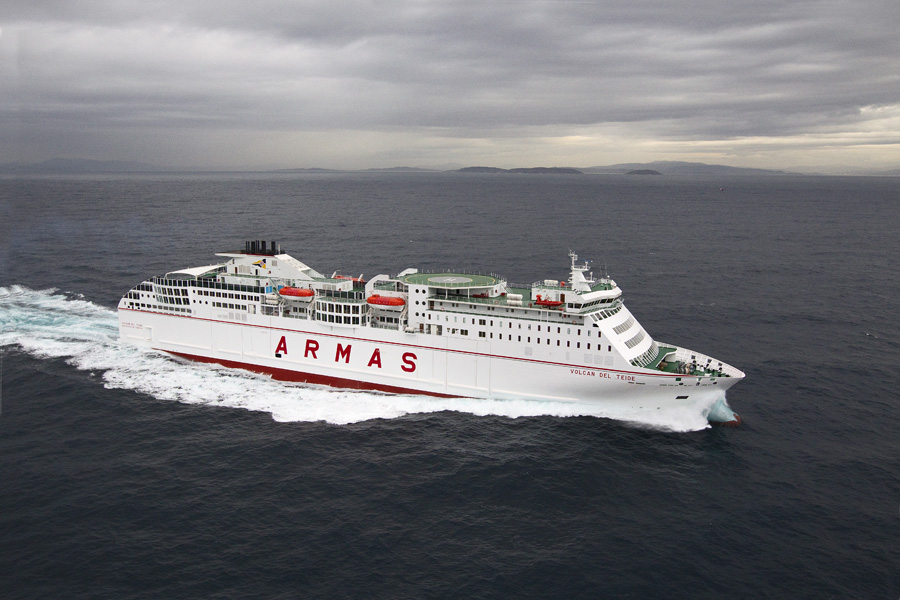 VOLCAN DE TEIDE will be used by FRS for the link between Huelva and the Canary Islands. © Naviera Armas

Last Thursday, 24 May 2018, we had the pleasure to sending an extra news flash, with the announcement from Brittany Ferries. Indeed, the French company revealed that they made an agreement with Stena RoRo for the bareboat charter of a second E-Flexer class of ferries.

Now Stena RoRo confirmed the fact that this is the sixth vessel in the series of 4+4 units, to be built in China at the AVIC International Shipyard.

Stena RoRo also confirmed that she would be the first LNG-powered ferry. Now the Swedish company still has two more options. 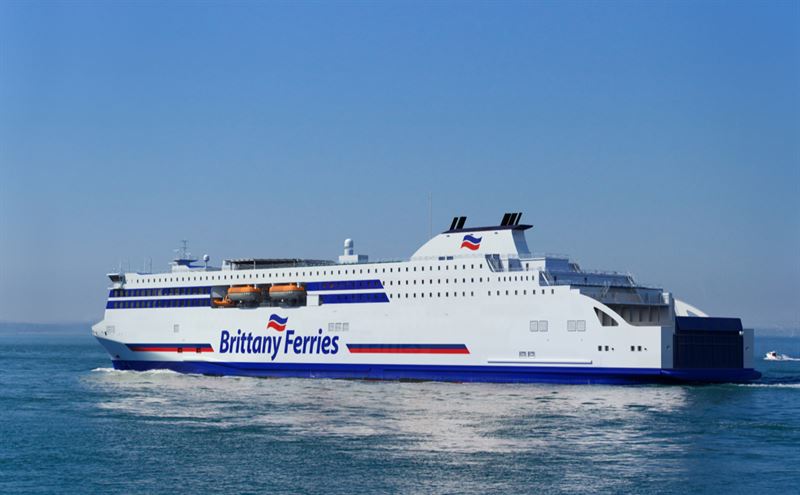 Norwegian Fosen Shipyard has received a contract from Hurtigruten for a wide-ranging rebuilding of RICHARD WITH and POLARLYS.

RICHARD WITH will go first, in November 2018. All cabins will be rebuilt, and more suites will be added. All public areas will be renovated. Most remarkable will be the main restaurant, which will get floor-to-ceiling windows.

And last but certainly not least, the two ships will be changed into hybrid ships, with LNG and batteries. This has to be done to make them ready for the new coastal route contract with the Norwegian State. This starts in 2021. 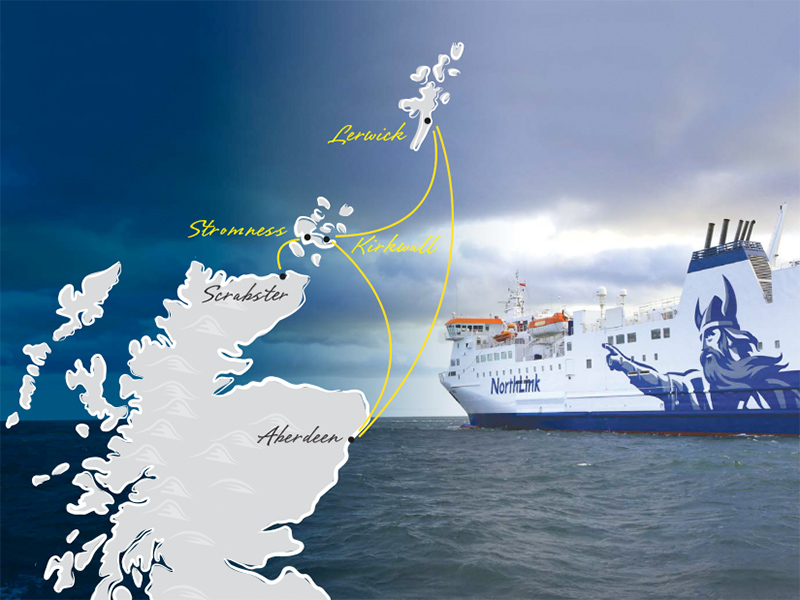 Northern Isles Contract, As Seen By Public And Government

Rather than a direct award to an in-house operator, the general public preferred a procedure where the contract is being put out to tender

The procurement process for routes between mainland Scotland and Orkney and Shetland will get underway in June, with a view to making the award in Summer 2019.

In 2012 Serco was awarded the contract for six years.

Northlink Ferries Union RMT reacted to the ministerial statement, announcing that the next public contract for the Northern Isles Ferry services will be put out to tender. They

rather would have seen the contract being run “in-house” on a permanent basis. In other words: a nationalized ferry service. 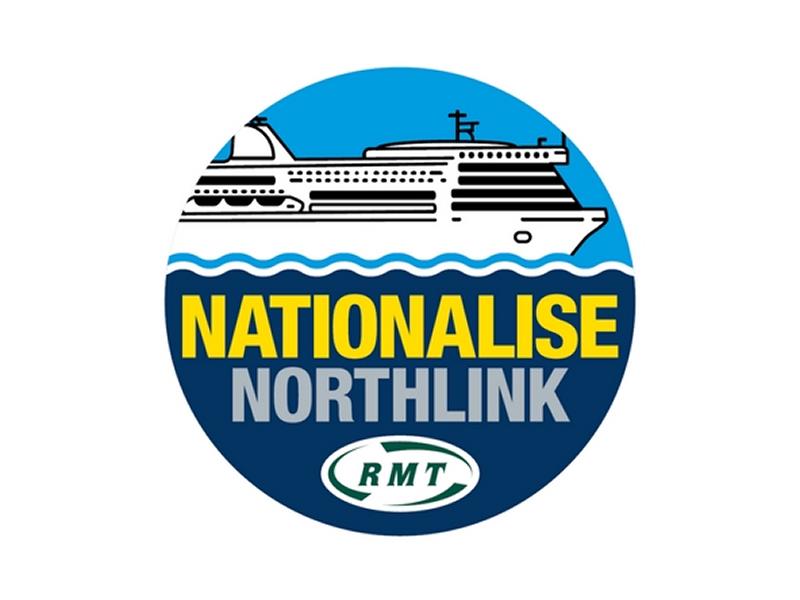 Color Line earlier said that the competitive disadvantage of being flagged in the Norwegian Ordinary Ship Register, compared to being flagged in Danish registry, is NOK 154 million annually. This debate is going on since several months.

In February, the Norwegian Ministry of Industry and Fisheries announced that they would change the framework conditions for ferries that run between Norwegian ports and a foreign port, with a distance of more than 300 nautical miles.

The case has created considerable political debate and opposition, and so far nothing has been decided.

The parliamentary committee has published a document, with some recommendations. It asks the Government not to carry out an extension of the shipping area for foreign ferries in the NIR before sufficient reasons for such a change have been submitted to the Parliament. 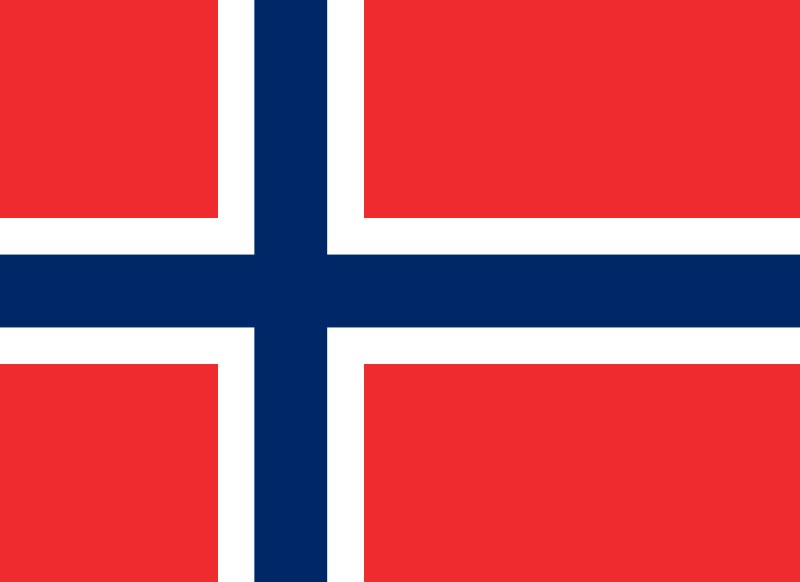 Finnlines is reshuffling its services between Denmark and Finland and provides since 28 May a direct service between Helsinki and Aarhus.

There will also be a direct connection between Aarhus and Uusikaupunki, which offers new possibilities for cargoes between Denmark and Western Finland. Turku will be available via transhipment in Travemünde

The new weekly service between Travemünde and Aarhus is especially suitable for all kinds of rolling cargo, particularly for high and heavy cargo unable to cross the Kiel Canal bridge due to weight limitations. 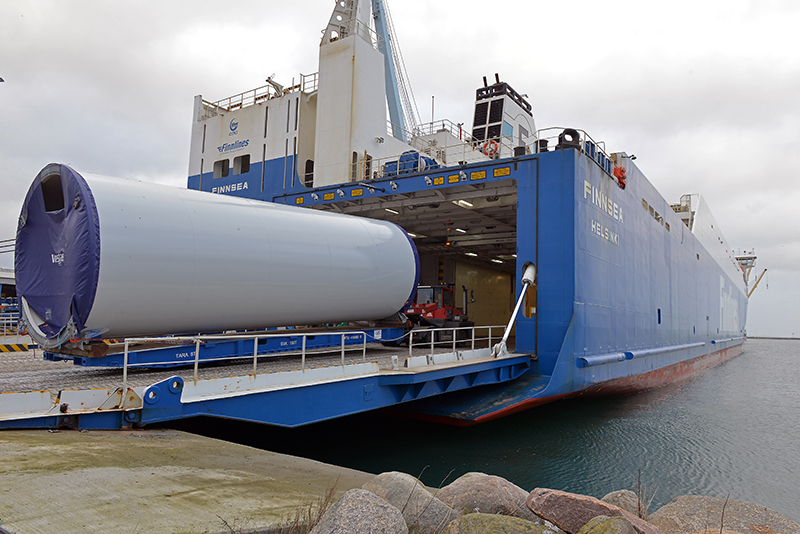 Underwater survey work has commenced in Cowes Harbour in preparation for a new piled layby berth which Red Funnel is building on the eastern side of the channel for use by its new freight ferry when it enters service in spring 2019. 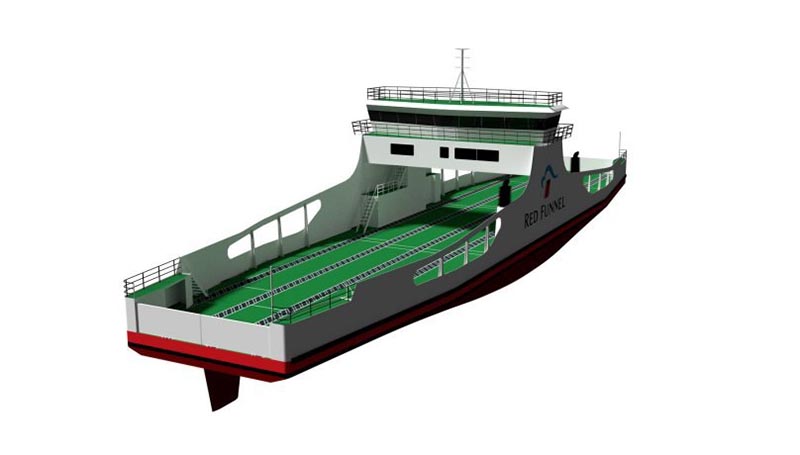 A new link-span bridge at Heysham Port, built to increase throughput at the Lancashire port, has been officially opened as part of a £10m investment by its owner-operator Peel Ports.

The investment is a direct response to the economic potential facilitated by the Bay Gateway link road that connects Heysham directly with the M6. The port is already a key gateway for Irish Sea trade with numerous daily sailings operated by Seatruck, Stena Line and the Isle of Man Steam Packet Company.

A new terminal operating system supplied by Hogia has also been introduced to digitise the management of freight transport through the terminal, helping to improve operational efficiency.

Ro-ro vessels operated by the French shipping company, LD Seaplane, have now started a regular service between Cuxhaven and Saint-Nazaire.

The ships, which specialize in operating project cargo for Airbus, are currently transporting new trucks from France to Cuxhaven for the German market 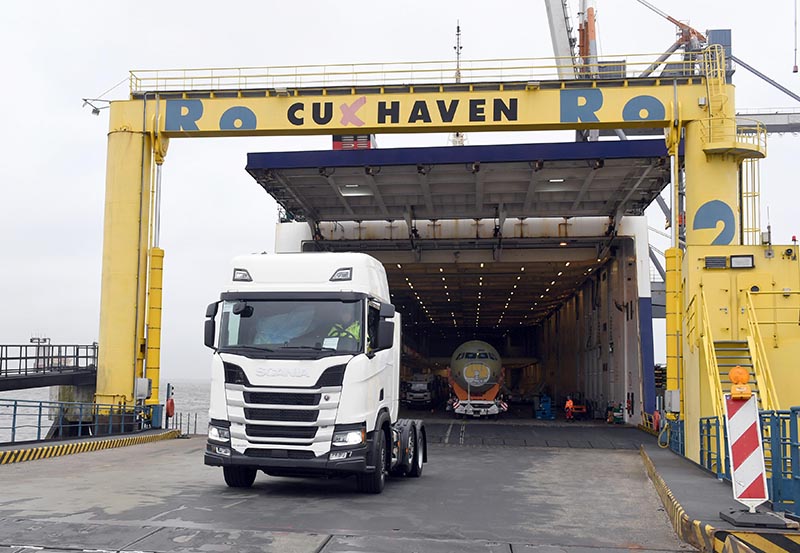