Formally, the new minority shareholders of the company founded and controlled by Alberto Rossi, will be two investment funds: Eurizon Iter and Eurizon Iter Eltif.

They will be managed by Iter Capital Partners, a company founded by Vito Gamberale.

Adria Ferries is active in the Adriatic Sea on two routes linking Ancona and Bari with Durrës. 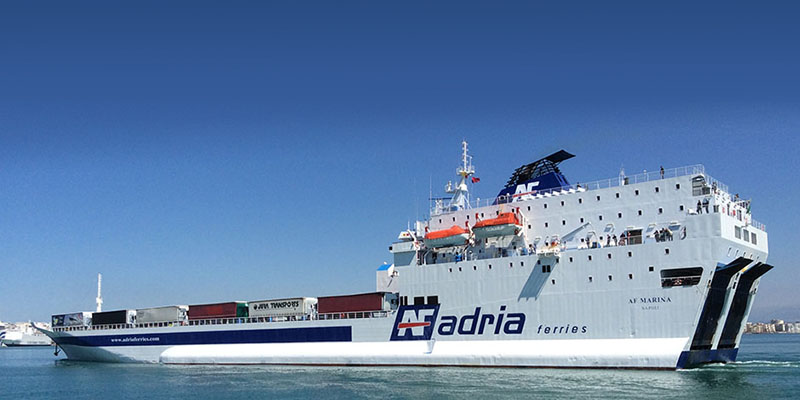 The Ancona-based company Adria Ferries has presented the last entry in its fleet: the ropax AF CLAUDIA bought one year ago from Baja Ferries. She was operating as CALIFORNIA STAR in the Sea of Cortez. During summer she was chartered to Grimaldi Lines.

Here below some of the technical details of the ship, set to be deployed on the Italy-Albania route linking the ports of Ancona and Durres:

The ship passenger capacity will be increased before 2021, in order to accommodate up to 1,800 pax. Number of cabins will be 200.

AF CLAUDIA, in order to be compliant with IMO Low Sulphur Cap 2020, has been fitted with scrubbers provided by the US-based supplier CR Ocean Engineering and installed at Viktor Lenac shipyard (part of Palumbo Group) in Rijeka, Croatia.

Adria Ferries today control a fleet of three ferries (AF CLAUDIA, AF MARINA and AF FRANCESCA) and a fourth unit is expected to be acquired in 2022.

The state government’s failure to step-in to ensure the on-time delivery of two new Spirit of Tasmania ships has been criticised as TT-Line is set to meet with the troubled Flensburg-based shipbuilder this week.

AF CLAUDIA is the new name of the former ro-pax CALIFORNIA STAR which was recently bought by the Italian ferry company Adria Ferries. She will be deployed on the Ancona – Durrës maritime link as from next autumn. During the next summer season, the ro-pax unit will be chartered out.

As reported last December in Ferry Shipping News, the head of Frittelli Maritime group and of Adria Ferries, Alberto Rossi, announced the purchase of this ship from Baja Ferries for USD 45 million.

Currently the ship is still operating in Central America.

GNV AZURRA arrived in Brest, France, on 7 June. She will be used as accommodation ship at Damen Shipyards, for the refurbishment of cruise vessel SEVEN SEAS NAVIGATOR.

Virtu Ferries’ JEAN DE LA VALETTE is actually in Cadiz, prior to her Atlantic crossing, which is planned to start shortly. She will operate between Trinidad and Tobago. 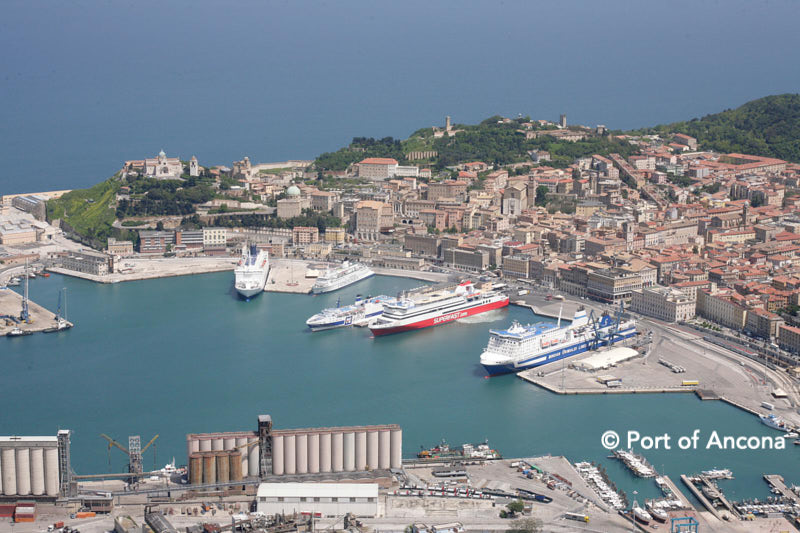 The Italian company Adria Ferries has just sealed the purchase of a sister ship of the AF MICHELA (see photo), chartered from the Vietnamese owner Vinashin Lines and currently deployed on the Ancona – Durres (Albania) maritime link.

Alberto Rossi, head of Frittelli Maritime group and of Adria Ferries, announced this week the purchase for USD 45 million of a sister ship of the AF MICHELA.

According to some ship brokers the ro-pax in question is CALIFORNIA STAR, built in 2001 by Cantiere Navale Visentini, owned by Baja Ferries and today active in Central America between the Mexican port of Topolobampo, and Pichilingue in Ecuador.