Kudos Dsign Finalises The Interiors Of The New Wasaline Ferry

The interior designs of the new ferry, which will operate between Vaasa in Finland and Umeå in Sweden, are being finalized. Kudos Dsign has produced the interior design plan for Wasaline’s new ship.

“We are very pleased with the interior design plan. The design is down-to-earth and we got just what we were looking for. Kudos Dsign has been easy to work with and the communication has been fluent”, says Markus Backlund, Project Manager for the interior design, Kvarken Link.

“Part of our project team has roots in the Botnia region which makes this project very special and personal to us. From the very beginning it was obvious that the design direction should be honest and simplified just like the Botnia region is known as at its best. We were inspired by the windswept islands of the Botnian archipelago, the wide-open fields, and the majestic landscape of Västerbotten, not forgetting the traditional craftmanship skills and today’s greenhouse farming” says Anu Shaw, Senior interior designer & Project Manager of Kudos Dsign.

The construction of the new ferry for Kvarken Link has started at the Rauma Marine Constructions shipyard and it will replace the existing Wasa Express in traffic in the spring of 2021. It will be operated by Wasaline. 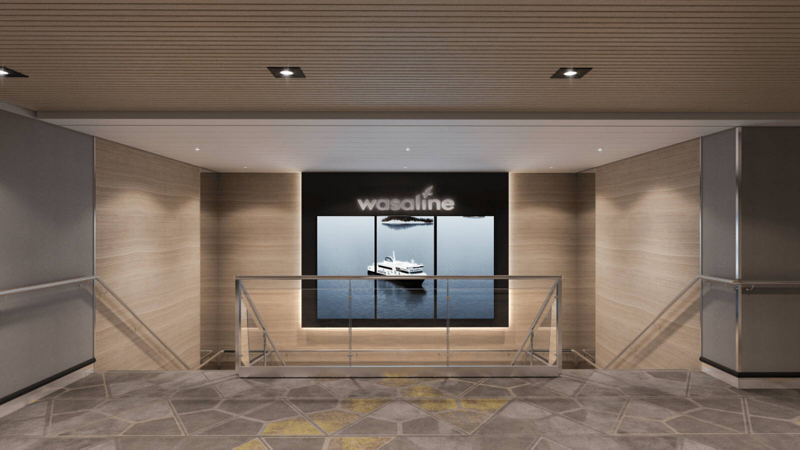 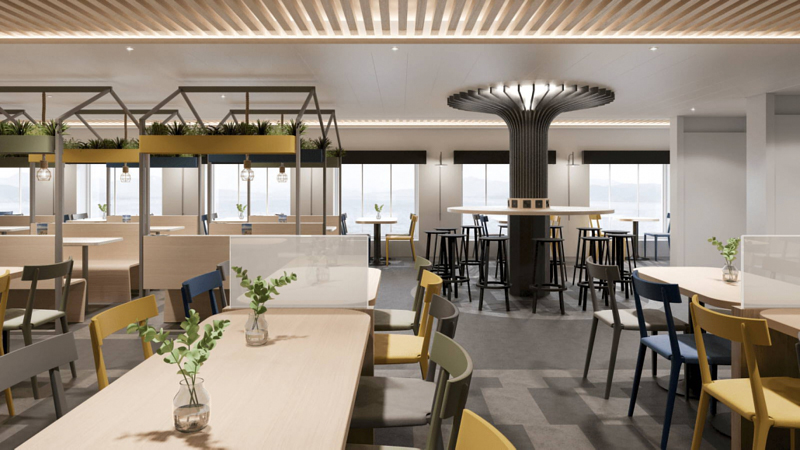