Aldo Grimaldi Passed Away At The Age Of 96

Aldo Grimaldi, chairman of the Genoa-based Grimaldi Holding and former president of the Italian shipowners’ association Confitarma, passed away at the age of 96.

Grandson of the shipowner Achille Lauro, he began his own activity creating with his other three brothers, Luigi, Mario and Guido, his first shipping company called Fratelli Grimaldi Armatori, first with cargo ships and then passengers, thus constituting the core of what would later become the Grimaldi Group. 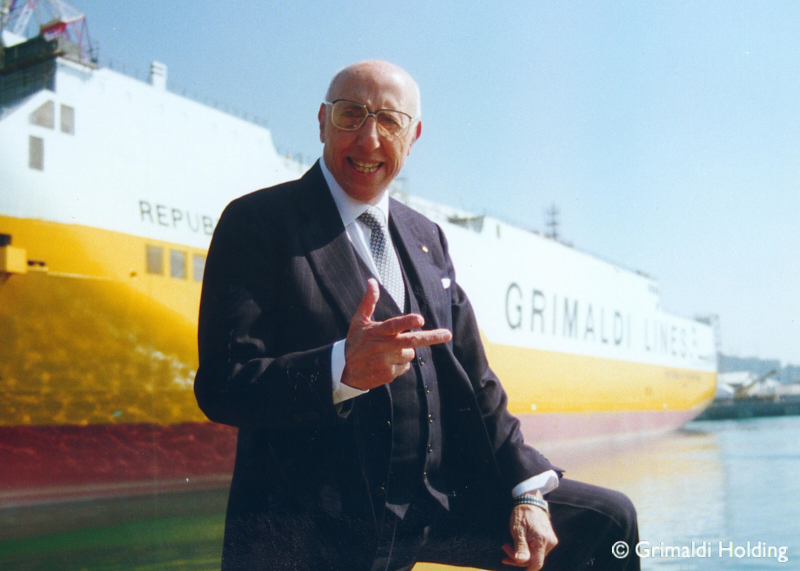 At the end of the 80s’ he decided to start designing ships with very different characteristics compared to the existing ones, with large cargo capacity for goods and cars in tow but fast, comfortable, with excellent services similar to those of cruise ships. The so-called “white ships” (MAJESTIC, SPLENDID, FANTASTIC, EXCELLENT, EXCELSIOR, SUPREMA and SUPERBA) are still operating today for GNV.

The last eight ships ordered by Aldo Grimaldi and delivered from 2007 were the eight ro-pax units called “blue ships” and built by Nuovi Cantieri Apuania. Three of them (ENERGIA renamed REGINA SEAWAYS, FORZA and TENACIA) are still controlled by Grimaldi Holding and chartered out to DFDS (the first) and to Trasmediterranea (the second and the third).