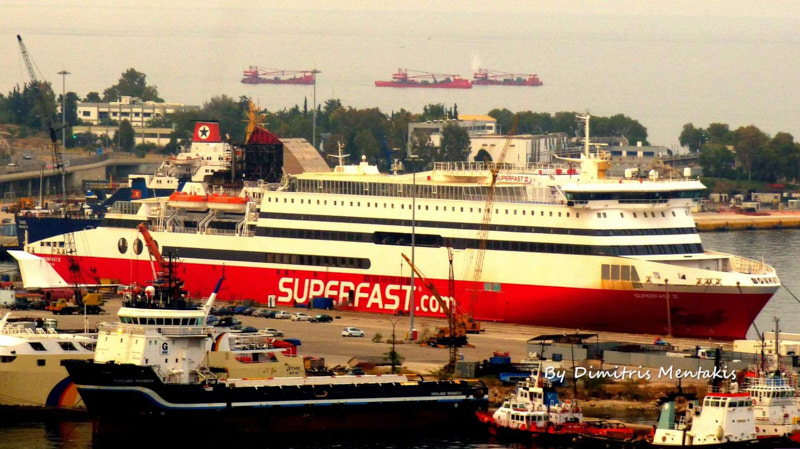 The scrubber conversions on Attica Group’s SUPERFAST XI and BLUE STAR PATMOS are moving on. 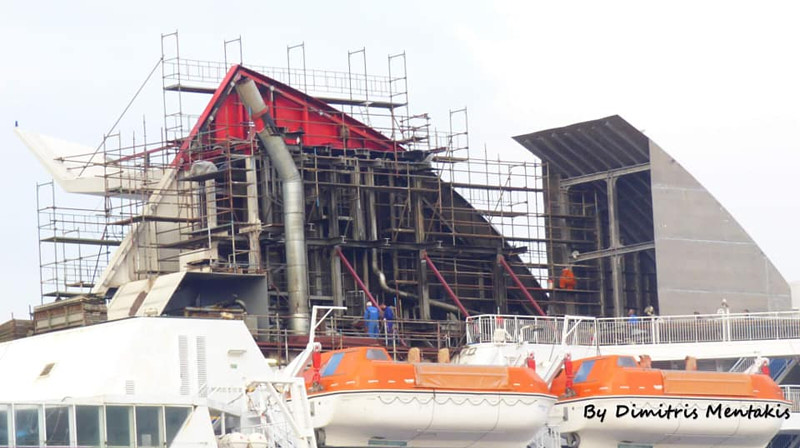 The “red” ship has been in Keratsini (DEH dock) since March 29, 2020, while the new front section for her new enlarged funnel has already been put in place. 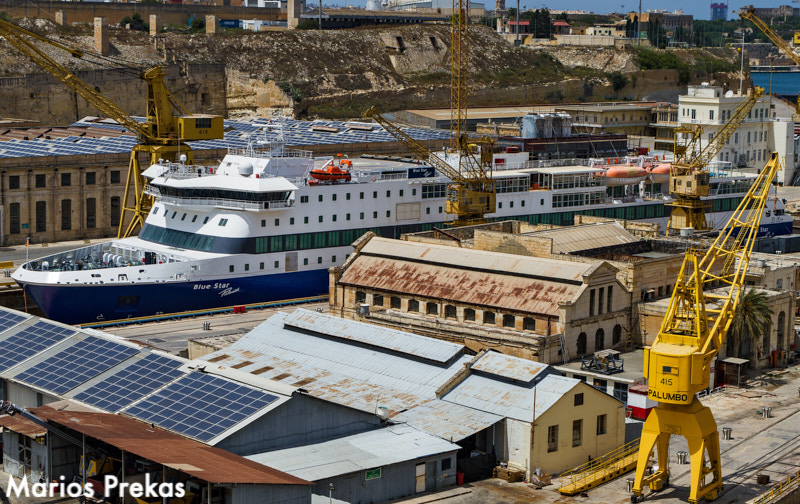 Her “Blue” fleetmate on the other hand, has been in the Palumbo (Malta) shipyard since the beginning of March 2020 for scheduled repairs and dry docking, as well as to undergo a scrubber conversion too. 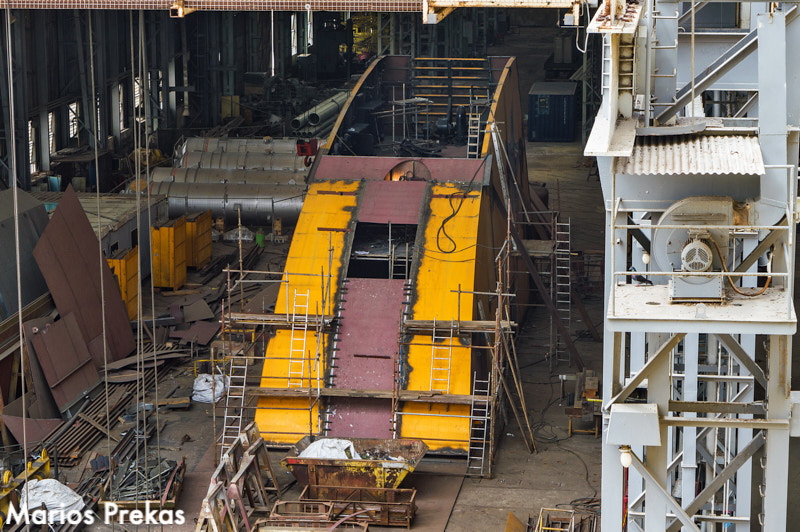 Unfortunately, the Covid-19 found the ship in the shipyard and kept her there. As a result, the work progress was relatively slow.

Both ships are expected to be ready by the end of May. 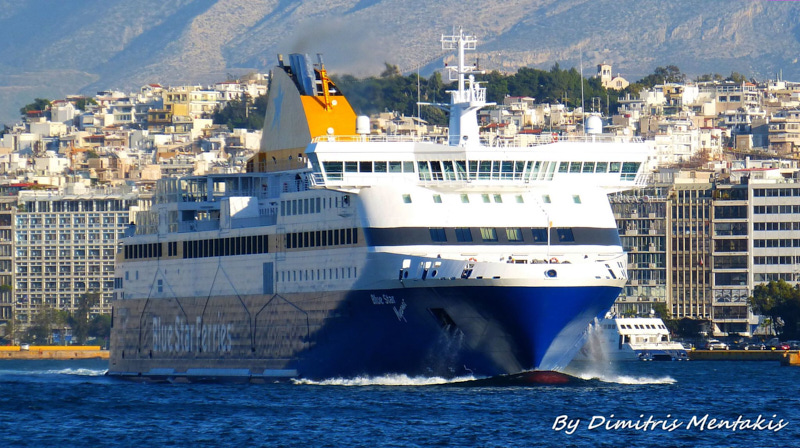 On 28 January 2020, BLUE STAR MYCONOS, ex- NISSOS MYKONOS of HSW returned in service with a new name and livery. The ship replaced her sister NISSOS CHIOS on the North East Aegean lines, which also renamed BLUE STAR CHIOS and change into the Blue Star Ferries livery.

BLUE STAR CHIOS entered service on 4 February 2020, replacing BLUE STAR PATMOS which will sail for her scrubber conversion in Malta.

The ex-HSW’s sisters have been incorporated by the Blue Star Ferries following a decision of the ATTICA Group, as they mainly operate on Blue Star Ferries routes and share the same fleet design. The two popular ferries will soon undergo a scrubber conversion in Malta (Palumbo Shipyards).

BLUE STAR PATMOS has been freed

Almost one week after the grounding near Ios, ro-pax ferry BLUE STAR PATMOS was refloated. After discharging the cars and trucks in Ios, she will sail to the Piraeus area, for repairs.
In the press and social media Blue Star Ferries has been praised for the professional way of handling the incident.

During the night of August 30, ro-pax BLUE STAR PATMOS suffered grounding when approaching Ios. Blue Star Ferries reported that 205 passengers and 87 crew were on board. All have been safely brought ashore.

Golden Star Ferries will operate the SUPERFERRY out of Piraeus, to replace the BLUE STAR PATMOS on some islands.