According to Anek Lines’ latest report on the 9-month and 3rd quarter key financial results that was published on December 9, 2022:

Attica Group: Announced the merger with ANEK Lines to the Athens Stock Market 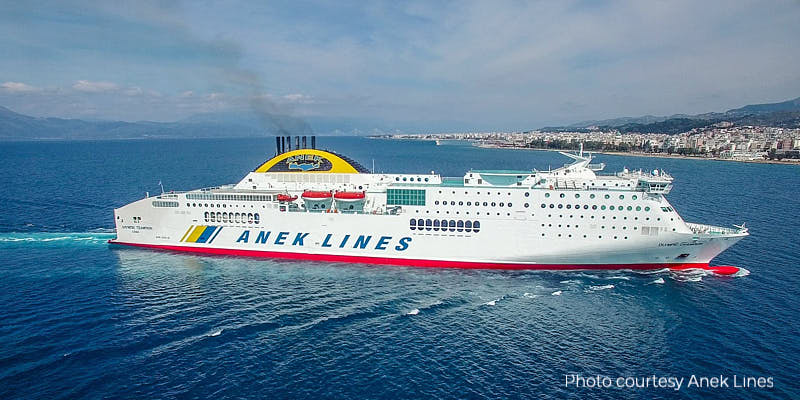 According to an official Attica Group press release (in Greek) the deal contains:

The agreement was sent on Tuesday 20 September 2022 by the legal advisors to be signed by the representatives of the contracting parties.

The Boards of Directors of both companies will be convened in accordance with the law and decide on the initiation and individual parameters of the merger process.

Attica Group points out at its press release that:  “We estimate that the specific agreement will benefit the shareholders, the employees and the suppliers of both companies as well as the Hellenic Coastal Shipping.” About ANEK LINES, the report says the following (p.28):

“ANEK LINES has been forced to reclassify its long-term liabilities into short-term liabilities as of 31.12.2018, since it failed to service its loan and based on the relevant contracts, the non-service of the loan obligations constitutes non-compliance with the terms, which entails the obligation of the company for full repayment of the loans.

In case of completion of the agreement between Piraeus and Alpha Bank and the creditors of ANEK on the extent of the impairment of its loan obligations, ANEK will be saved.

The plan includes the purchase of Alpha Bank’s loans to ANEK by Piraeus, which will then, together with other creditors, refinance the remaining impaired loans and transfer them to the newly enlarged Attica. The agreement under discussion provides for a significant reduction in bank lending, up to 150 million euros, and ensuring that suppliers are paid in full.”

Following an incredible sequence of events, it was eventually decided that Anek Lines’ PREVELIS will continue to serve on the Piraeus-Sitia-Kasos-Karpathos-Diafani-Chalki-Rodos and Piraeus-Santorini Anafi subsidized lines since July 22, 2022.

The former Japanese-built ferry stopped sailing on July 11 after 12 years of service on the above line and was about to be replaced by the Sea Speed Ferries’ RoPax OLYMPUS.

However, OLYMPUS failed to pass the Hellenic Ministry of Shipping inspections and never sailed. A sad development that forced the Ministry to find an immediate solution by re-activating Prevelis, at least for the rest of the summer season 2022. 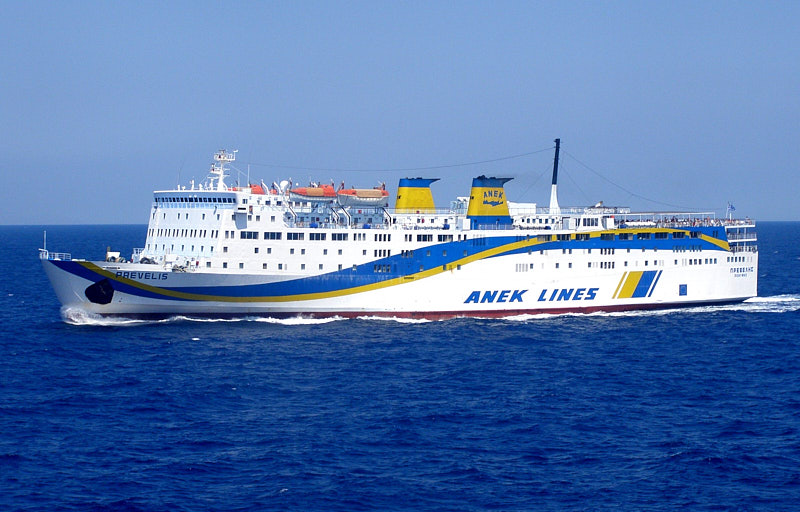 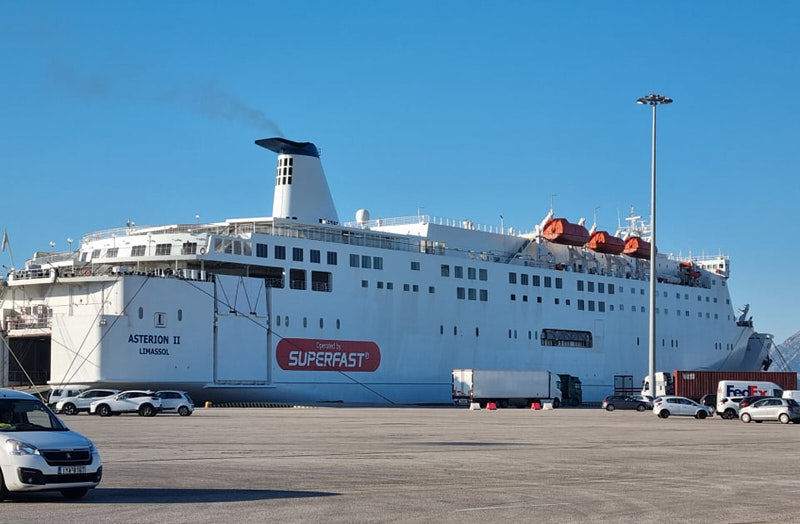 Anek Lines’ ASTERION II is being chartered by Attica Group and will be operated by Superfast Ferries on the Patras-Igoumenitsa-Venice line.

The ropax was purchased by Alphaglobe Shipping Ltd. in 2018 and chartered (long-term time charter with purchase option) to Anek Lines until October 31, 2021.

Then a monthly charter followed until last week, when the charter was transferred to Attica Group.

The ships’ branding has been removed, and a Superfast banner added.

During the first nine months (2020), traffic volumes of the ANEK Group vessels dropped by 50% for passengers, by 44% for private cars and by 8% for freight units.

The second wave of the pandemic and the new restrictive measures in the movement of passengers are expected to lead to a decrease in traffic and revenue during the winter period 2020-2021 compared to the same period last year, while a gradual recovery of sizes is expected after Q1, 2021.

The key financial figures of the period are as follows:

The net financial cost of the Group and the Parent Company amounted to MEUR 4.6 (MEUR 4.7) 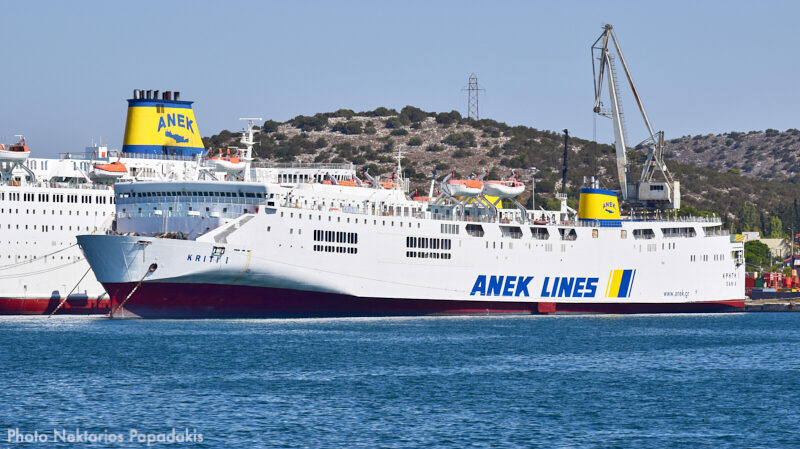 A fleet reshuffling is in progress on the Piraeus-Crete service due to scheduled ferry inspections and repairs. 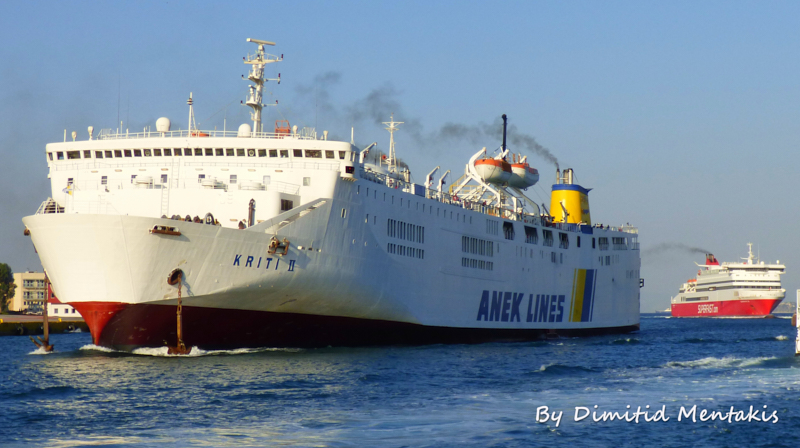 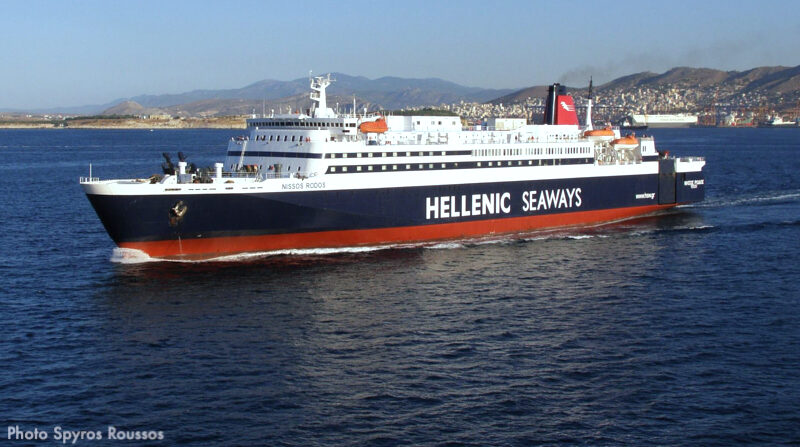 The Acquisition of ANEK Lines is Unlikely to Happen

The pandemic seems to affect the rescue plan for the acquisition of the ANEK LINES by the Attica Group. The consequences of the Covid-19 had an operational and financial impact on the ANEK Lines which viability is severely threatened.

The hope that the banks had a few weeks ago for the absorption of ANEK Lines by Attica Group is now disappearing. The Cretan Ferry Operator is burdened with high non-performing loans, despite capital increases through the conversion of loans into shares in recent years, which have led creditor banks to control about 40% of its share capital.

The last increase was in early February, when Piraeus Bank (24,18%), Alpha Bank, Cross Ocean (fund that purchased the claims of the National Bank) and Bank of Attica acquired 16,3% of its share capital and converted it into a bond loan of EUR 10,84 million. Even so, ANEK’s non-performing bank liabilities at the end of the first half of 2019 amounted to EUR 255 million. Fact that mostly concerns Piraeus Bank which is ANEK Line’s largest creditor.

All of ANEK’s obligations have been classified in the financial statements as short-term borrowing, which is estimated that exceeds EUR 240 million. The total liabilities reached -in the middle of 2019-  EUR 353 million. The 2019 balance sheet is expected to be published in the coming days, but after the latest developments related to the pandemic, its financial position is expected to deteriorate drastically during the current fiscal year. Banks initially examined a scenario of drastic restructuring through a change of administration, but such a move, in addition to its inherent difficulties, would also worsen the company’s liquidity problems.

The next option was to increase control of the share capital, in order to lead the company to acquisition by another shipping company. The obvious choice was Attica Group, with which ANEK operates jointly on the lines of Crete and the Adriatic Sea. However, the consequences of the pandemic severely affected the ferry market and ferry companies are expected to lose sales of EUR 300 million. Fact that will definitely not allow Attica Group to inject liquidity into a acquisition of that scale.