Broker sources report that both the ro-ro ships MARIA GRAZIA ONORATO and ALF POLLAK owned by Siem Ro-Ro and bareboat chartered by Moby-CIN, have been sub-chartered to DFDS for 24 months.

The news seems to be confirmed for ALF POLLAK since the ship has started operating early this month on the Turkey – France line operated by DFDS.

MARIA GRAZIA ONORATO, instead, is still deployed on the routes linking Belgium, Denmark and the UK for CLdN RoRo. 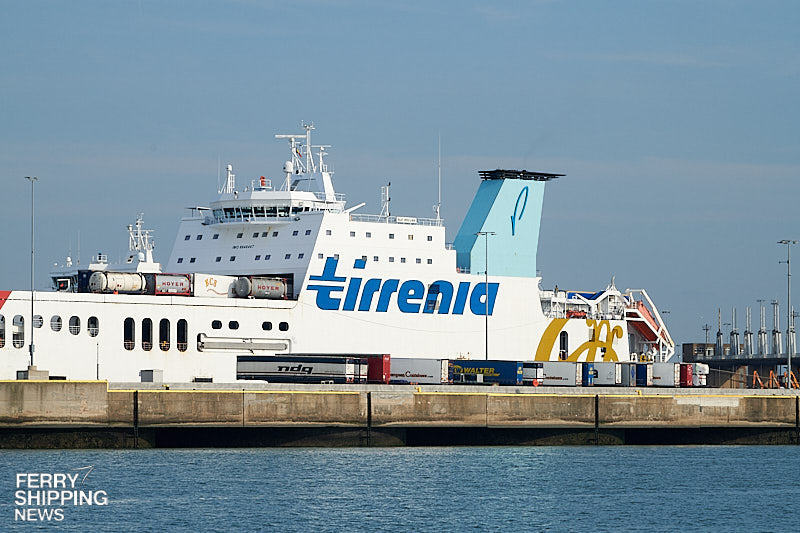 In a letter sent to the editor in chief of the Italian newspaper Corriere della Sera, replying to an article published a few hours earlier, Vincenzo Onorato, head of Moby Group, revealed some details of the business plan that he was trying to perform until the action taken from the bondholders to the Court of Milan made the things going worse.

One of the most interesting details is that both the roro ships MARIA GRAZIA ONORATO and ALF POLLAK bareboat chartered by Fratelli Onorato Armatori and sub-chartered to Tirrenia Cin was not done directly with Moby, in order not to increase the company’s financial exposure. “At least until we were able to obtain a financial deleverage of the group” and this plan was possible with the sale and purchase of two ferries with DFDS since “EUR 66 millions of the total 75 million expected should have gone to the banks as anticipated payment of the mortgage”. The deal was not completed also because Unicredit did not give the needed green light.

Going back to the two roro ships, Onorato added: “We already informed the banks about our availability to put them inside Moby group” thus transferring the control from Fratelli Onorato Armatory, separated company controlled by Vincenzo Onorato’s sons, Achille and Alessandro.

The seasoned Italian shipowner concluded anticipating that “the group controlled by Onorato Armatori will close 2019 in profit and with better results compared with the previous year”. He further stated that Moby’s fleet has a value in his opinion of EUR 1.2 billion.

The German shipyard Flensburger-Schiffbau-Gesellschaft has just completed and delivered a vessel renamed LEEVSTEN, which is the seventh ro-ro ship handed over to SIEM.

Several media reported recently that Fratelli Onorato could be the charterer of this unit (since the fifth and the sixth, respectively renamed ALF POLLAK and MARIA GRAZIA ONORATO had been bare boat chartered to the Vincenzo Onorato-controlled company) but several sources in Italy deny this possibility, even if some negotiations were effectively ongoing in the recent past and the light blue coloured funnel of the vessel may be a clear sign of that.

The eighth vessel for Siem will be launched at the end of October at the same shipyard based in Flensburg.

Read more on the FSG website (including ship particulars)