The Finnish Seamen’s Union went on strike last Monday (25 November 2019) in support of a postal worker’s strike that had been underway for nearly two weeks in protest of the postal services unilaterally moving a segment of their workforce under a different collective agreement, which would have resulted in pay cuts of 30-40%.

All Finnish-flagged ships arriving in port after Monday morning were laid up; the strike hit Viking Line, Finnlines, Wasaline and Eckerö Line particularly badly, while Silja Line was also affected. The strike was resolved on Wednesday morning following negotiations led by the national conciliator Vuokko Piekkala, and shipping is expected to return to normal within a couple of days.

As a result of the strike, Viking Line’s CEO Jan Hanses issued a statement that the company were considering flagging the new Viking Glory to Sweden; currently all Viking Line ships sailing between Continental Finland and Sweden are Finnish-flagged and these services were thus entirely paralyzed as a result. Finnlines, meanwhile, attempted a creative solution: instead of leaving Travemünde for Helsinki, the Finnstar moved to the Travemünde-Malmö service – never arriving in a Finnish port and therefore not laid up for the strike – while the Swedish-flagged Europalink, normally sailing on the Malmö-Travemünde route was sent to Finland instead. In the end, the strike ended before the Europalink reached Finland.

Photo: Mariella, Gabriella and Silja Serenade all laid up at Helsinki on Monday 25 November 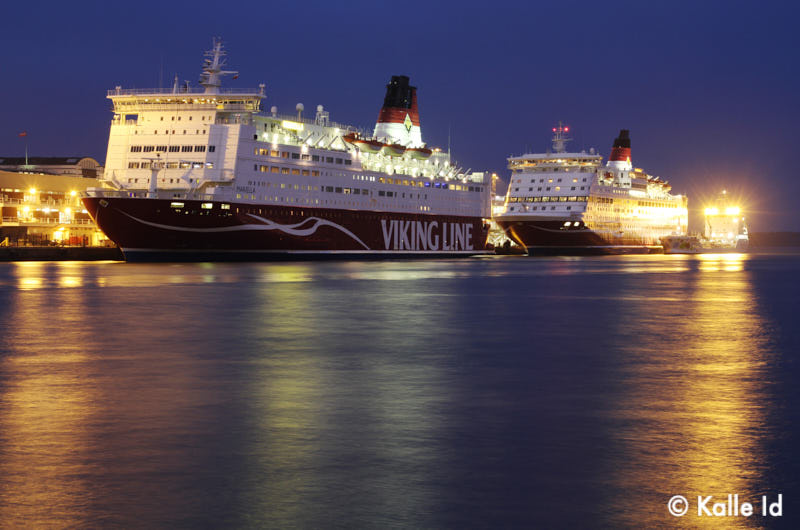