What is this about? Drivers who remain on the vehicle deck of ferries pose a danger to themselves and can cause delay in emergency response. The UK’s Marine Accident Investigation Branch has published a report.

Five members of the Parliamentary Committee on Finance, Transport, Environment and Energy have written an open letter to Bastø Fosen. The letter was published on 17 April in Moss-Avis.

The aim is to improve the viability for the city of Moss, by applying some changes to ferries, terminal and roads.

Moss suffers from congestion due to ferry traffic.

They announced several policy goals, the most important being:

Bastø-Fosen’s State contract expires end of 2026. The politicians ask to speed up the tender process, in order to give the ferry operator enough time to make the proper investments. “By clarifying who has a license in 2027 as early as possible, it will be easier to plan in a longer perspective. We hope for a dialogue on this issue,” say the MP’s.

FSG Renounced State Guarantee For The Time Being

Flensburger Schiffbau-Gesellschaft does not want to apply for a state guarantee, for the time being. That is what investor Lars Windhorst told the media. It would take too much resources, he said. He says FSG can finance its orders internally.

Red Funnel is to trial a new advanced vessel positioning system at the end of April that will boost the efficiency of its high-speed ferry service while cutting emissions.

Southampton marine technology firm Azurtane is developing the system. Working in conjunction with Red Funnel, trials will be carried out on the ferry operator’s high-speed craft RED JET 7. 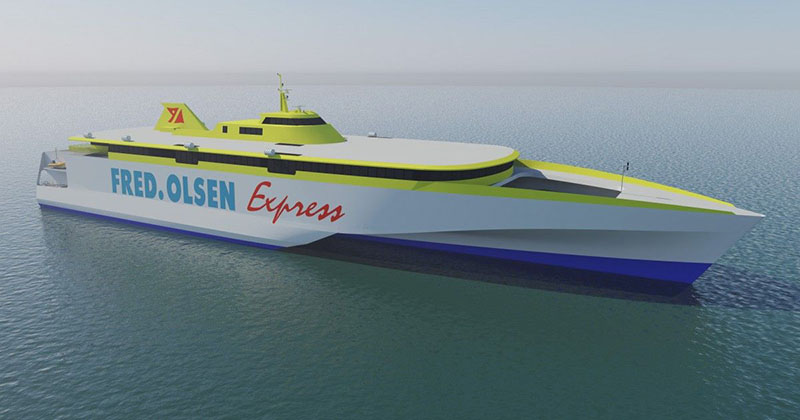