A court in Palma has rejected the claim filed by one of the victims who lost a car in the fire on SORRENTO, 28 April 2015. Both owner (Grimaldi) and operator (Trasmediterranea) are not responsible for the fire, said the judge.

The ruling is based on the report of the Civil Guard. He placed the origin of the flames in a reefer trailer. There was no failure in the electrical installation of the ship, all the permits were in order and the performance of the crew was deemed adequate. 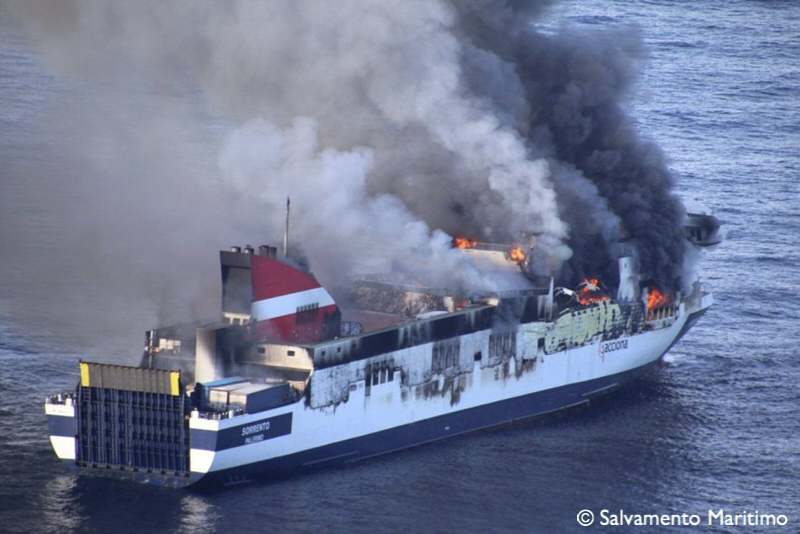