SUPERFERRY II will be Delivered to Seajets on October 12 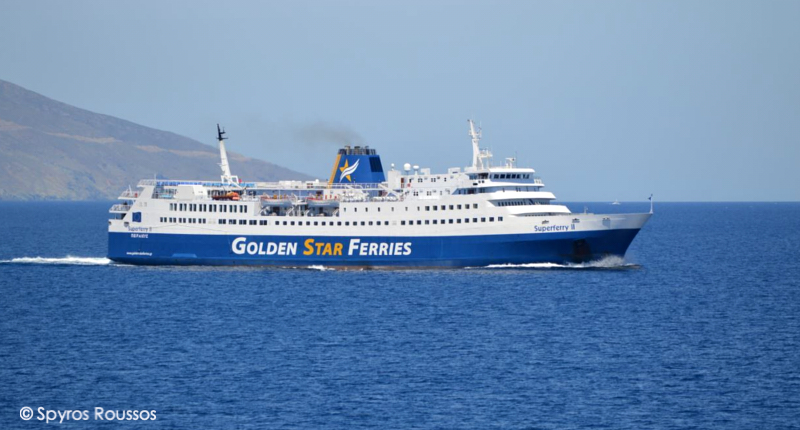 End of an era for the Belgian-built SUPERFERRY II of Golden Star ferries, which will be delivered to SEAJETS on October 12, following the agreement that was made between the two ferry operators last April.

The 46-years-old ship will leave the port of Rafina after 28 years of service on the Andros-Tinos-Mykonos line.

The former PRINCE LAURENT of RMT served the route initially on behalf of Strintzis Lines and then for Blue Star Ferries and Golden Star Ferries. She will be remembered as the “Legend” of that line.