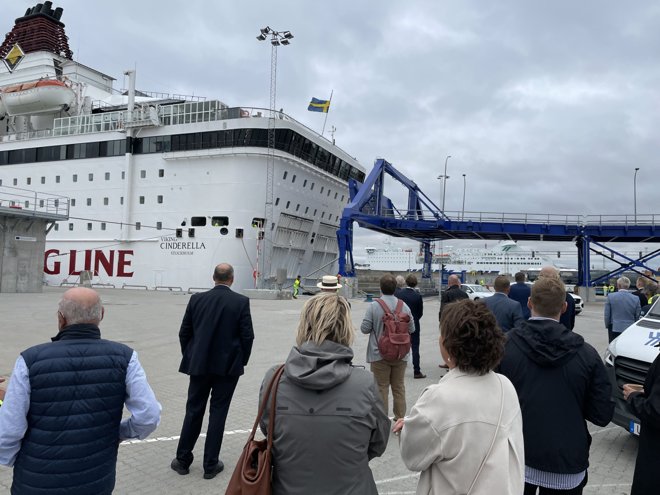 Swedish port of Ystad has been expanded with two new ferry berths for ships of up to 250 meters. The new facilities have been inaugurated with great festivity on August 29

Port of Ystad is one of the largest ferry ports in Sweden, with excellent connections to the Danish island of Bornholm, Poland and Germany, and further to the growing markets in entire Central and Eastern Europe.

The inauguration was conducted by the Mayor of Ystad, Mrs Paula Nilsson, and the Chairman of the Executive Committee of Region Skåne, Mr Carl-Johan Sonesson.