Austal Australia has delivered Hull 394, BAJAMAR EXPRESS, to Fred. Olsen Express at a ceremony held at the Company’s shipyard in Henderson, Western Australia.

The 118 metre high-speed trimaran ferry is the first of two identical vessels ordered by Fred. Olsen Express in a EUR 126 million contract in October 2017.

The second vessel, Bañaderos Express (Austal Hull 395), is under construction at Austal Philippines shipyard in Balamban, Cebu, and is scheduled for delivery in the first half of 2021. 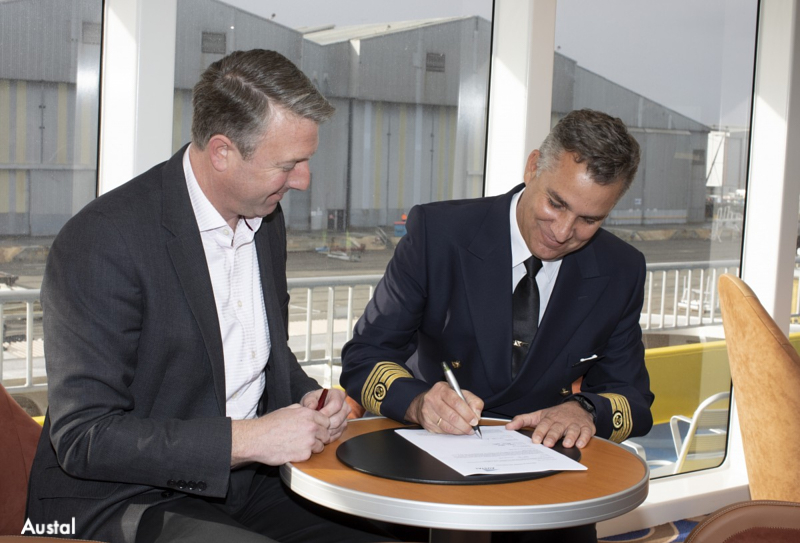 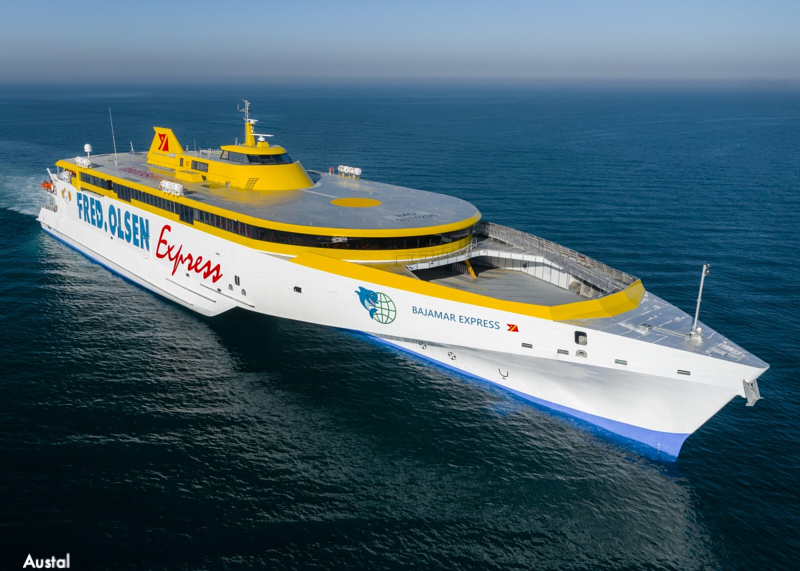 BAJAMAR EXPRESS, the first of two Austal Auto Express 118 trimarans under construction for Fred. Olsen Express of the Canary Islands has completed its sea trials in Western Australia.

“Over the past weeks, BAJAMAR EXPRESS has achieved an average speed of 37.6 knots at 85% MCR, carrying 80% from maximum deadweight; confirming the vessel’s outstanding capability to achieve high-speed performance, while delivering optimum comfort for passengers and crew,” says Austal in a press release.

Capable of transporting 1,100 passengers and 276 cars at a cruising speed of over 37 knots, the new ferries for Fred. Olsen Express feature class-leading interior amenities and facilities, including multiple bars, kiosks, a retail shop and children’s play area and will operate on Fred. Olsen Express’ Santa Cruz, Teneriffe and Agaete, Gran Canaria routes in the Canary Islands from the 3rd quarter of 2020. 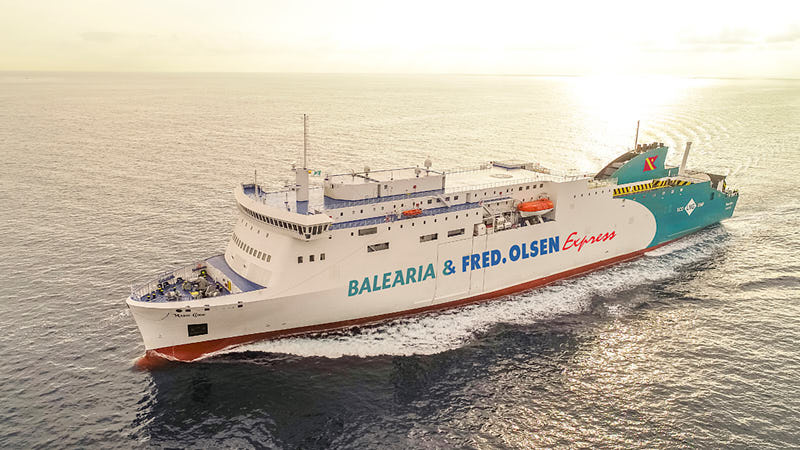 Fred Olsen Express and Baleària celebrate one year on the route between the Canary Islands and Huelva with the incorporation, on November 17, of LNG-powered RoPax MARIE CURIE. This Visentini-built ferry was delivered last July.

During the first year of the joint venture, 155 crossings have been performed, increasing the links between the Canary Islands and the Peninsula by 73%.

Canary Bridge Seaways (CBS): Baleària and Fred. Olsen Express have agreed to operate new routes between the Iberian Peninsula and the Canary Islands. 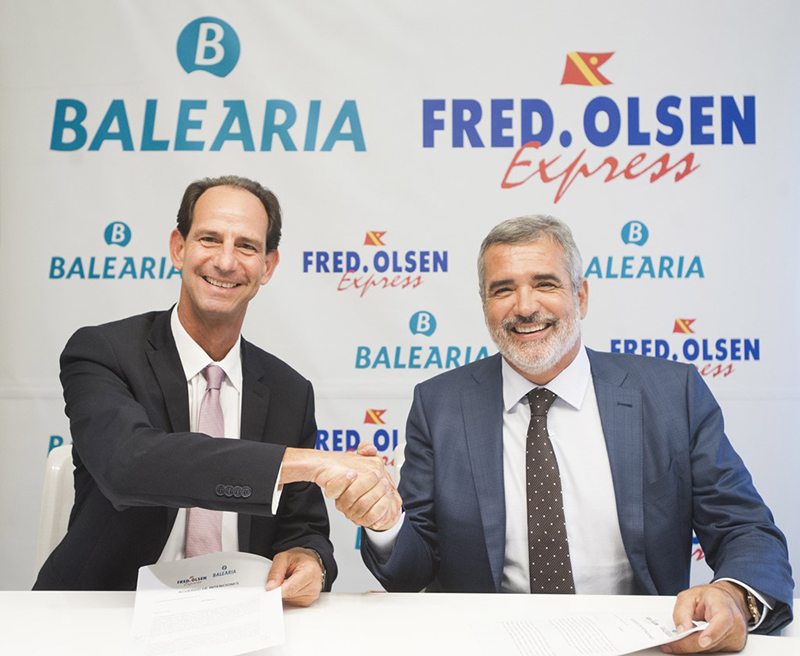