Fred. Olsen Express’ fleet manager, Juan Ignacio Liaño, said in a Spanish release that the vessel has been sold to a European operator. After a refit it will go to Malta, mid-December.

This milestone is part of the continuous commitment made by the shipping company to improve the fleet. This year it incorporated the new BAJAMAR EXPRESS trimaran.

BAÑADEROS EXPRESS is scheduled for the summer of 2021.

Last minute news / to be confirmed: rumour has it that the new owner and ferry operator could be Ponte Ferries Ltd., a company registered in Malta on 20 October 2020. 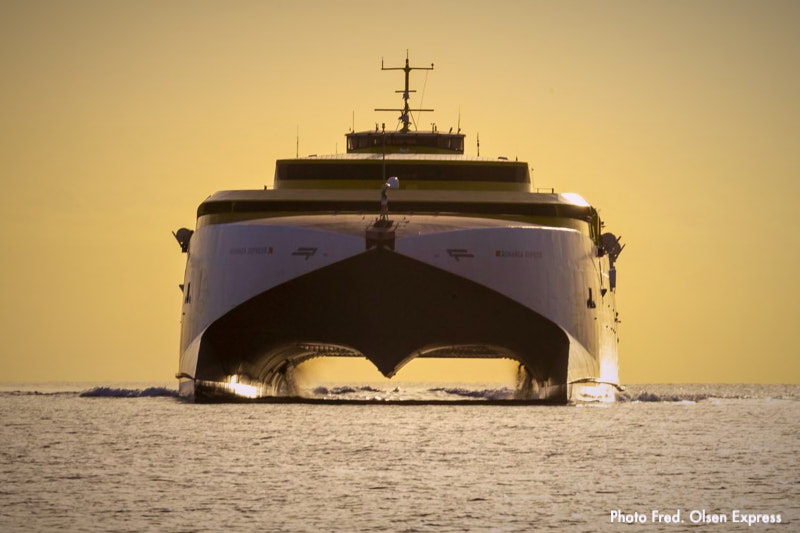