Viking Line has narrowed down the choice of names for the new ferry under construction in China. Thereare ten proposals to choose from. 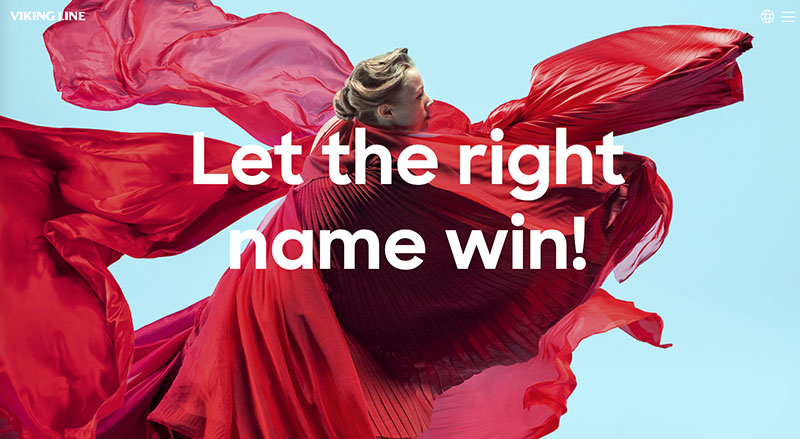 FRS’ New Helgoland Ferry Is On Its Way

Hull 418 departed Austal Philippines shipyard in Cebu on 7 March 2018 and formal delivery and handover is anticipated upon arrival to FRS Group in Germany, in April. 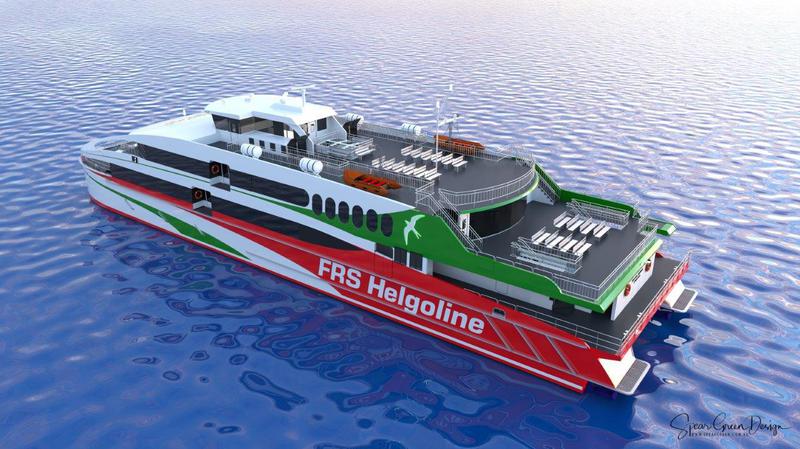 Four Bells And A Double Ender

Report from HRT Vijesti (in Croatian): double-ended ferry ČETIRI ZVONIKA has been completed in Croatia by the Dalmont yard at Kraljevica, on behalf of Rapska Plovidba. She will serve the island of Rab.
The name means “four bells” and refers to the four bell towers in the town of Rab.
She replaces the RAB (built in 1993), which has been sold to Šangulin Tours of Biograd.

The UK Ferry Market Report, in cooperation with PSA

Produced in cooperation with Passenger Shipping Association (PSA), the UK Ferry Market Report could be an interesting reference tool for anyone involved in the ferry and travel industries.
The Report provides a statistical overview of the UK Passenger Ferry Market based on returns from almost all UK passenger ferry operators.
While the market is made up of three market sectors – UK Continent, UK Ireland and Domestic routes some comparisons are made with Eurotunnel and Eurostar.
In addition, some information is detailed at a subsector level where UK – Continent routes are divided into North Sea, Short Sea and Western Channel Sectors – UK Ireland routes are divided into Northern Ireland, Central Corridor and Southern Corridor, and domestic routes are divided into Channel Islands, Isle of Wight, Isle of Man and Scotland. 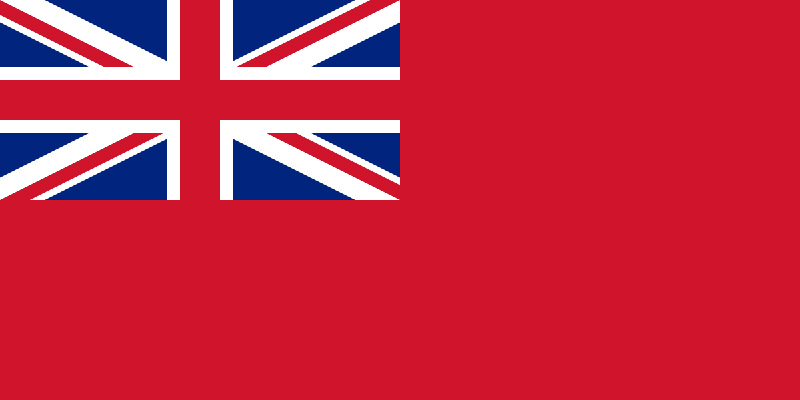 More information on this report
0

As recently announced, C-Job Naval Architects got a contract for the concept design of a series of five sustainable car and passenger ferries assigned by the GVB Amsterdam. They will be the largest fully electric ro-ro vessels in the Netherlands. Especially the charging time of maximum four minutes is spectacular. This notably short charging period will be enough for the vessels to operate a 24/7 service with no overnight charging required.

Boreal and Wärtsilä Ship Design have agreed to develop a hydrogen-powered ferry for the Hjelmeland-Skipavik-Nesvik stretch. The ferry will be the first in the world where the vessel will use hydrogen as a fuel.
The Norwegian Public Roads Administration has been commissioned to announce a development contract for a hydrogen-powered ferry, which will be put into operation in 2021. The ferry service will be operated by two ferries, one being fully electric and the other hybrid hydrogen-electric with 50 percent of the hydrogen output.
Boreal has reserved the ship name HYDROGEN.

ICG sells a high-speed ferry and introduces a younger one

Irish Continental announced the sale of JONATHAN SWIFT to Balearia Eurolineas Maritimas S.A. for a price of €15.5 million.
Austal-built JONATHAN SWIFT entered service in 1999. She operated on Irish Ferries’ Dublin – Holyhead route.
The vessel is to be delivered to Balearia by the end of April 2018.
ICG’s high-speed craft WESTPAC EXPRESS (2001), which was recently redelivered following a period of twenty months on external charter, will replace her. She is currently undergoing a refurbishment programme. 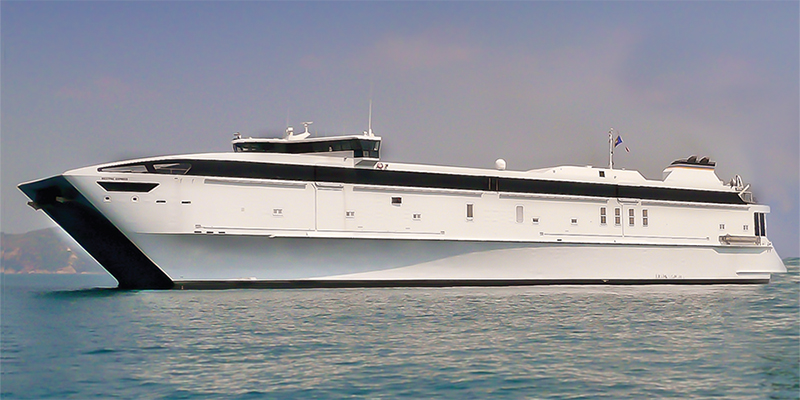 C-Job designs sustainable ferries for the City of Amsterdam

C-Job Naval Architects has delivered the concept design of a series of five sustainable car and passenger ferries to the City of Amsterdam. The 41m vessels will operate 100% on electricity.
The electric ferries will recharge their batteries during the unloading and loading of passengers and vehicles. This will only take 4 minutes, with no overnight charging required. To guarantee continuous operation the vessels will also have a diesel generator.
The ferries can carry up to 20 cars, four trucks or 400 passengers. 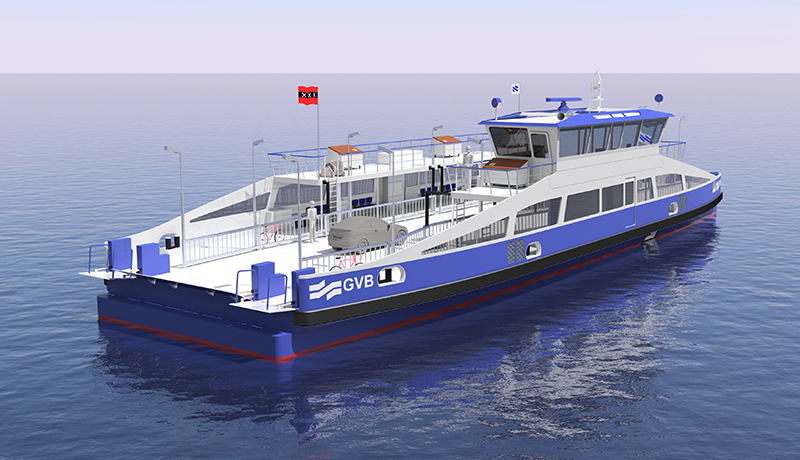 Ferry line between Latvia and Saaremaa?

The island of Saaremaa is to investigate the interest of five shipping companies in establishing a ferry connection between Saaremaa (Estonia) and Latvia.
The rural municipality filed a query to Lindaliin, TS Laevad, Tallink Grupp, Kihnu Veeteed and Saaremaa Laevakompanii and expects a reply by Dec. 1. 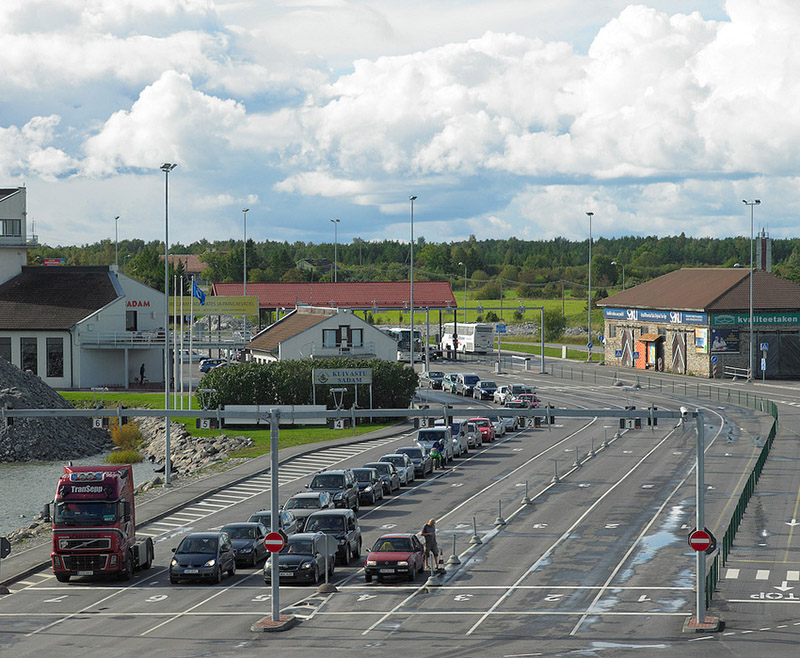