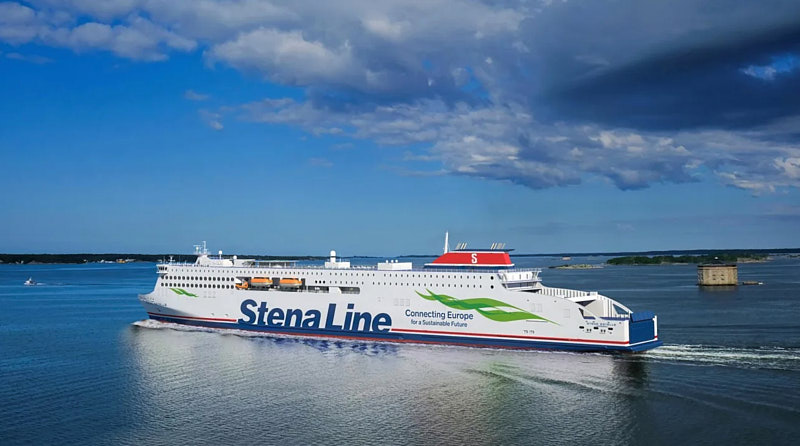 Stena Line introduces the second of the two large E-Flexer class vessels to be deployed on the route Karlskrona-Gdynia: In December 2022, the brand new STENA EBBA will join her sister STENA ESTELLE, which will connect Southern Sweden and Poland from August onwards.

The twin ferries are the two largest of the E-Flexer class of Stena Line and have an increased capacity of 50% more cabins, 30% more passengers and 15% more cargo vs existing E-Flexer vessels. 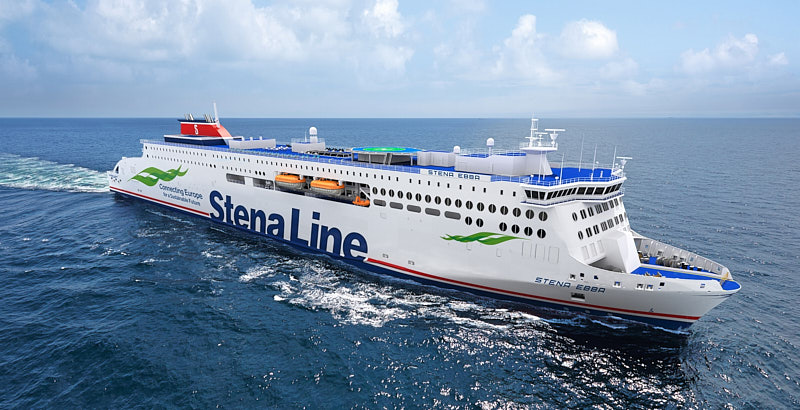 The French company has confirmed the introduction of a more tourism-oriented ferry GALICIA on to its Rosslare – Bilbao route from November 2022. (E-flexer, built 2020)

Currently the Rosslare-Bilbao route is served by ropax CONNEMARA, a predominantly freight vessel with limited facilities for holidaymakers.

The visit to Rosslare followed on from an earlier announcement that the twice-weekly service from Cork to France, which was launched earlier this year, will become a permanent feature of Brittany Ferries’ sailing schedule.

SALAMANCA, the second of five ships in the E-Flexer class ordered by Stena RoRo for Brittany Ferries was delivered on November 30. 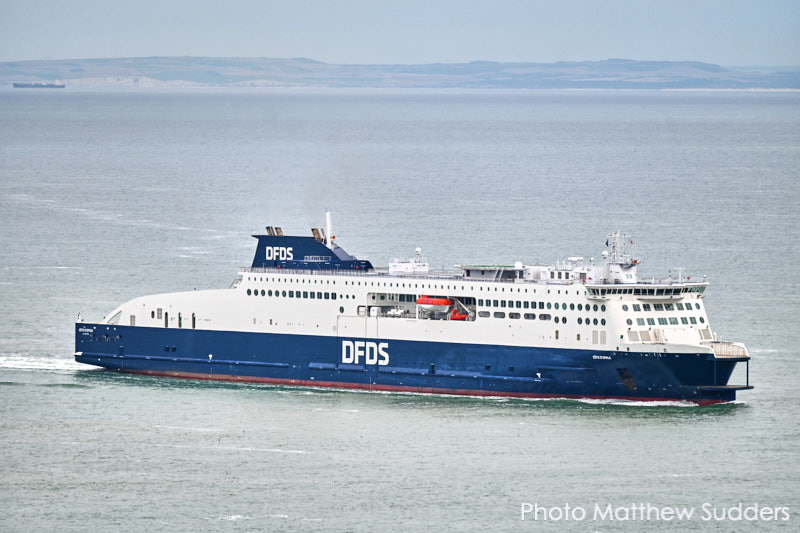 E-Flexer CÔTE D’OPALE started to operate on the Dover-Calais route on 4 August.

The CÔTE D’OPALE can carry 3,100 lane metres of freight, making it the longest ferry on the Channel, and has space for up to 1,000 passengers and crew. It replaces CALAIS SEAWAYS.

The new ferry offers the largest duty-free shopping experience on any cross-Channel ferry. The shop stretches across 1,100 square metres. It features separate ‘wings’ for each product category on offer, including perfume and cosmetics, wine and spirits, and electronics. 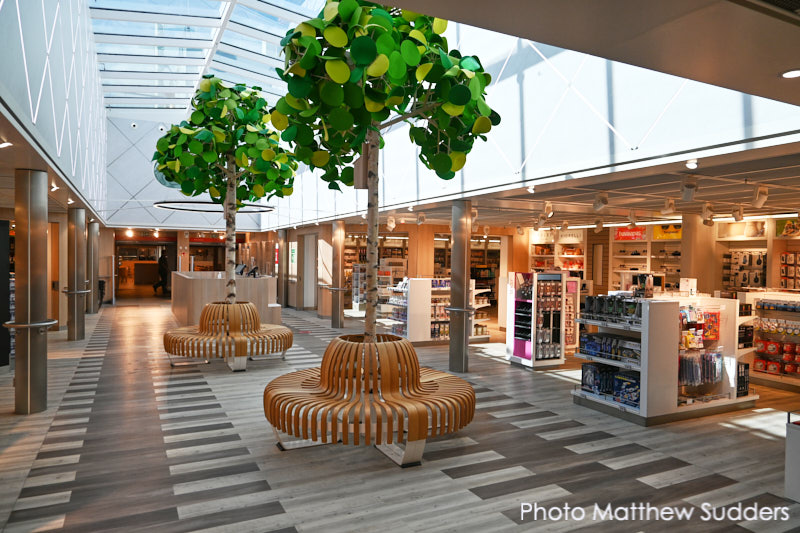 In addition, the ferry has a Premium Lounge, which offers an exclusive, laid-back space for passengers to enjoy a peaceful crossing, and three dining areas. The 7 Seas restaurant and Lighthouse Café are for leisure travellers. 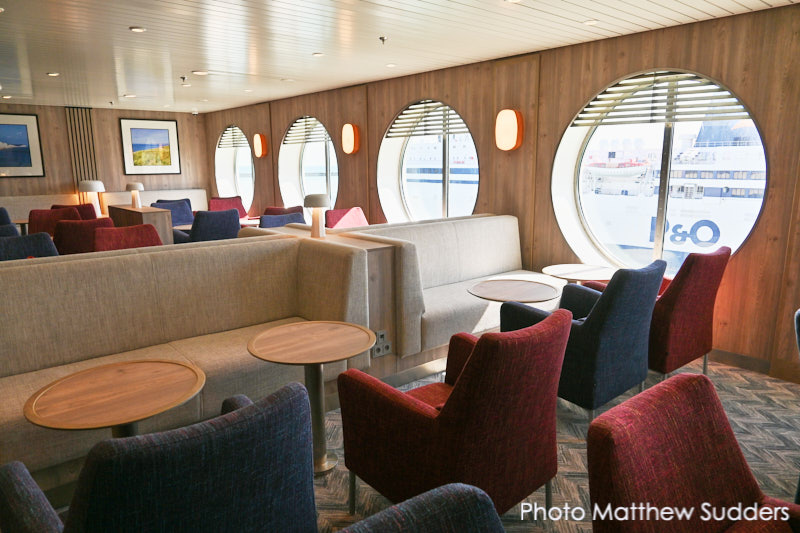 Commercial drivers have their own dedicated area in the Road Kings lounge and restaurant, with showers and rest areas specially designed for drivers. 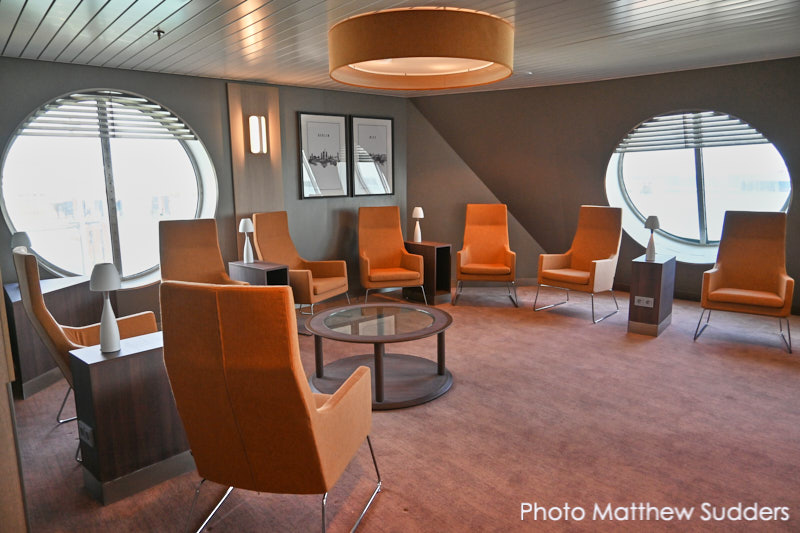 Our friends from NI Ferry Site have published the first onboard pictures of DFDS new ropax for the English Channel. 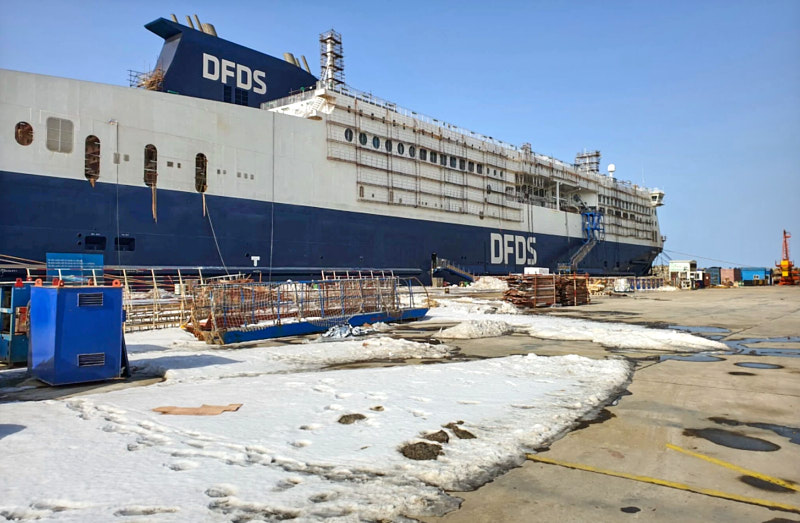 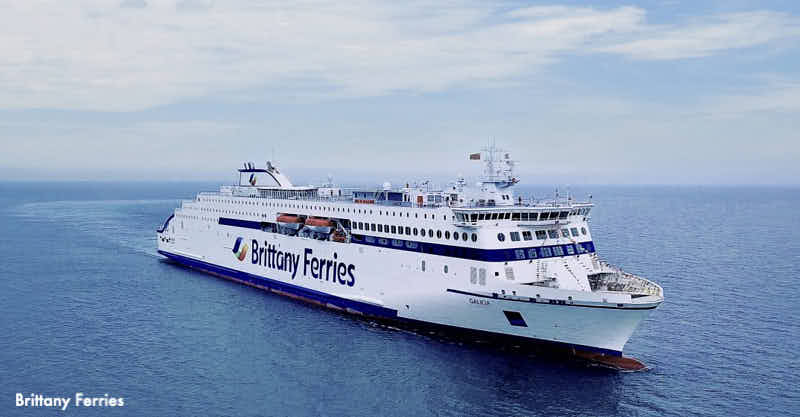 The AF MICHELA (STENA EGERIA) will be arriving in November 2019 for a one-year charter. She will be renamed KERRY.
This ship will cover the Cork to Santander route from November 2019 to November 2020.

The company’s third E-Flexer class ship, also to be chartered from Stena RoRo, will be named SANTOñA. She will arrive in 2023 and like sister ship SALAMANCA, she will be powered by LNG. 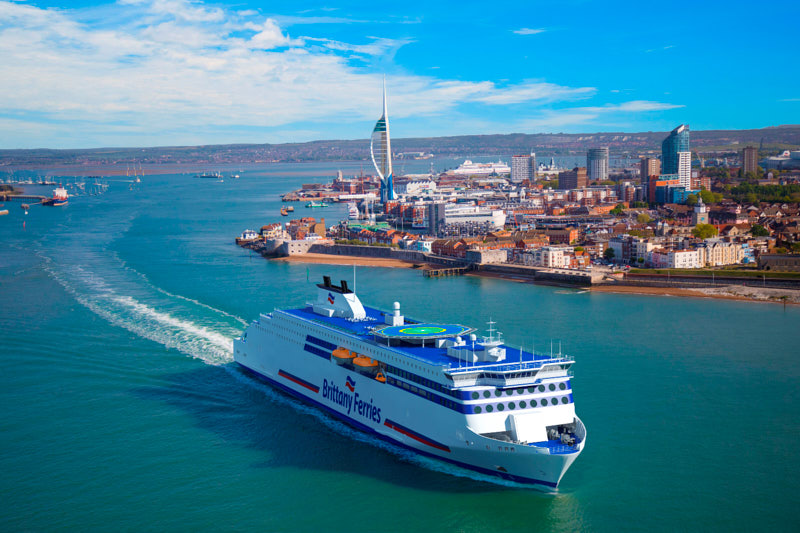 A steel cutting ceremony was held at the AVIC Weihai Shipyard in China on August 25. It marks the start of the construction of the first of four 3,100-lane-metre, 1,000-passenger, 175-cabin vessels ordered by Stena, all to be delivered in 2019-2020. Stena has an option for 4 more.