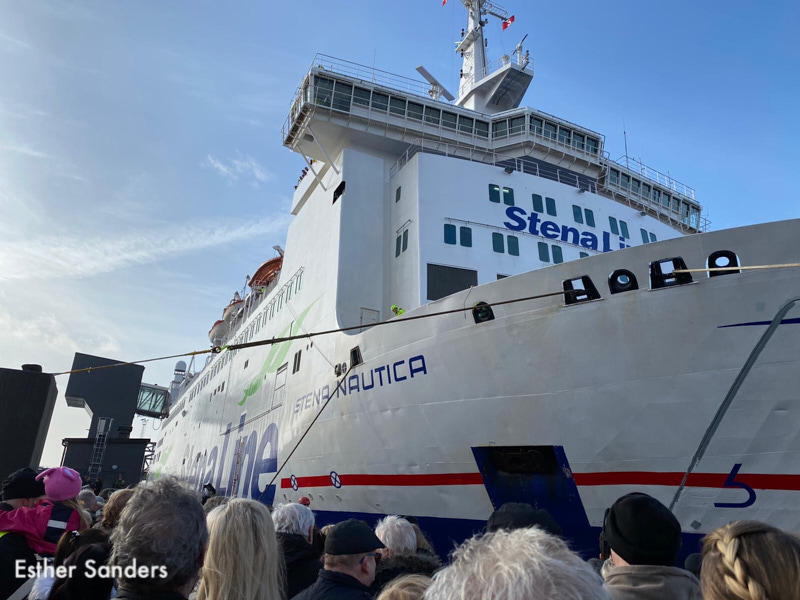 On Friday 31 January 2020 Stena Line closed the Varberg-Grenaa route. The day after, on Saturday 1 February the Halmstad – Grenaa route was officially opened. The inauguration started early Saturday morning in Grenaa with almost a thousand visitors attending. The Transport minister of Denmark Benny Engelbrecht attended the ceremony in Grenaa and joined the sea journey to Halmstad where 8,000 people waited for Stena Nautica on the quay.

There was an open day for the ferry during where thousands of people visited the ship. The official inauguration ceremony was conducted by Dan Sten Olsson, the owner and CEO of Stena AB, the infrastructure minister of Sweden Tomas Eneroth, the governor of Halland Lena Sommestad and Transport minister of Denmark Benny Engelbrecht.

The new route will be operated by STENA NAUTICA with a capacity of 900 passengers and 1265 lane meters. Crossing time is 4h35. Up to two departures per day.

Stena Line’s ambition is to double both the passenger and freight volumes within five years.