Since the middle of May 2019, the Japanese built roro AYSHE of Kostas Agapitos is laid up at the Perama repair zone.

In 2014 she was chartered to the Turkish ECOL for the Turkey – France (Sète) run, a route that was fit exactly to her characteristics and potentials.

However, her charter expired last May and the large roro was laid up in Greece. Since then she was put up for sale but without success so far, which means that a great ship may end up to the scrapyard. 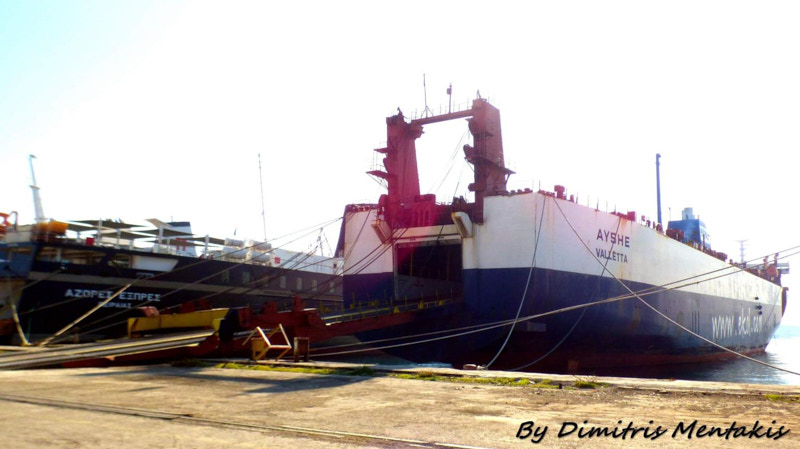