The “adventure” of the Sea Speed Ferries’s ro-pax OLYMPUS eventually came to an end on 14 August.

The damaged ferry has been removed from the port of Santorini by the Spanopoulos Group’s tug CHRISTOS XXVIII, which transferred her at Neorion (Syros).

The ship will be thoroughly inspected and repaired but still her future is unknown within the Greek Ferry Scene. 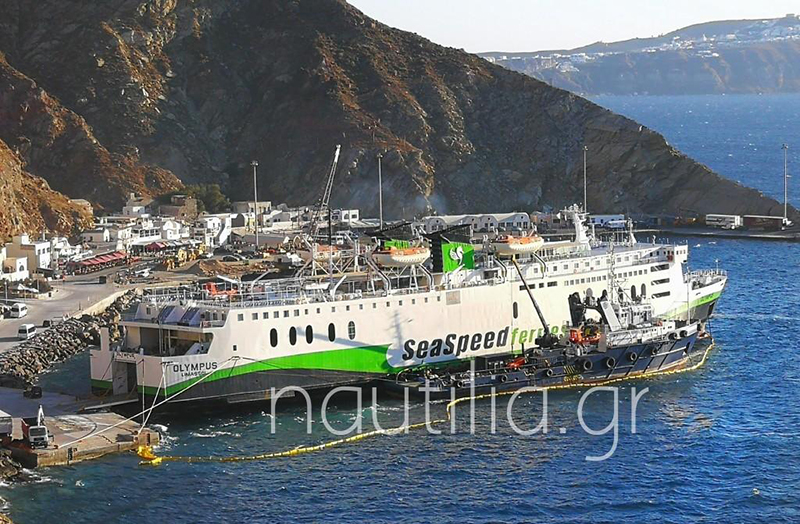