Polish Deputy Minister of Infrastructure Marek Gróbarczyk announced at a press conference onboard NOVA STAR that Polska Żegluga Bałtycka (Polferries) will get a financial support of PLN 140 million (EUR 30 million) to acquire a ferry, until the previously announced newbuilt units are put into operation.

Polferries received funds in the form of securities from the State Treasury.
The stop-gap ferry will either be bought or chartered.
It is understood the ferry will be used on the Świnoujście-Ystad line. Port of Ystad has built new, larger ferry berths. Contractually, Polferries has to bring in a new ship.

A report by Radio Szczecin quotes the president of Polska Żegluga Bałtycka, who says that they are “entering the market for the purchase of a used or new ferry, which is currently under construction.”

Andrzej Madejski, president of PŻB, said, money is a stable base to start talks with shipowners who want to sell vessels, as well as with shipyards that are in the final stage of building units. (Note from editor: would he mean LNG-powered HONFLEUR, in the final stage of construction at Fosen Yard?)
Last year, Polferries carried 341,000 passengers, 156,000 passenger cars and 161,000 trucks. 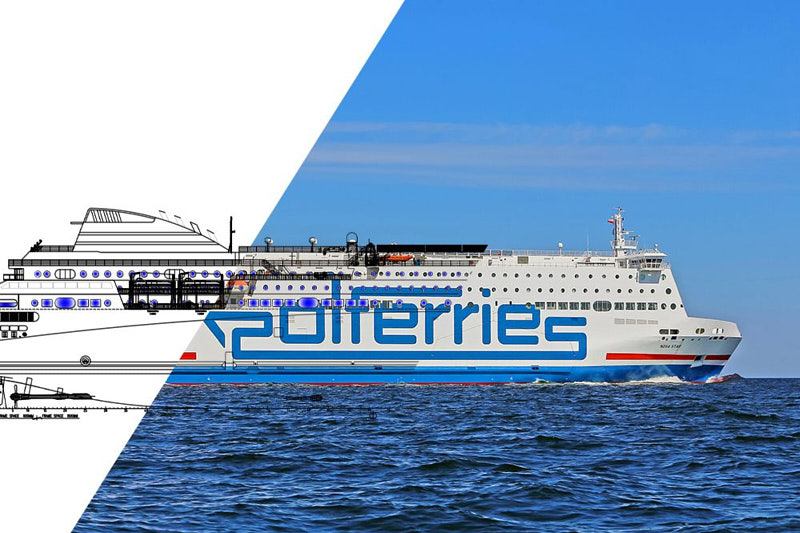