The ship, named VOLCAN DE TAGORO (Incat Hull 091) completed sea trials in the beginning of July, loaded fuel and supplies for the delivery voyage to Spain, and left Australia 16 July.

The delivery will be via Auckland, across the Pacific Ocean to Tahiti and the Panama Canal before crossing the Atlantic on her way to Spain.

Naviera Armas SA will operate the vessel on Spanish routes, including the Canary Islands.  The company has an extensive fleet of vessels, and VOLCAN DE TAGORO will be the fifth Incat vessel operating in the Armas fleet, however it is their first newbuild from Incat Tasmania.

VOLCAN DE TAGORO has capacity for 1,200 persons, including crew, and the expansive vehicle deck allows for almost 600 TLM (595 truck lane metres) plus 219 cars, or in car-only mode it can accommodate 401 cars.  Passenger spaces are divided into three classes, First Class, Business Class and Economy, each area offering bars and food service areas.  A gift shop and children’s play are also located on board. 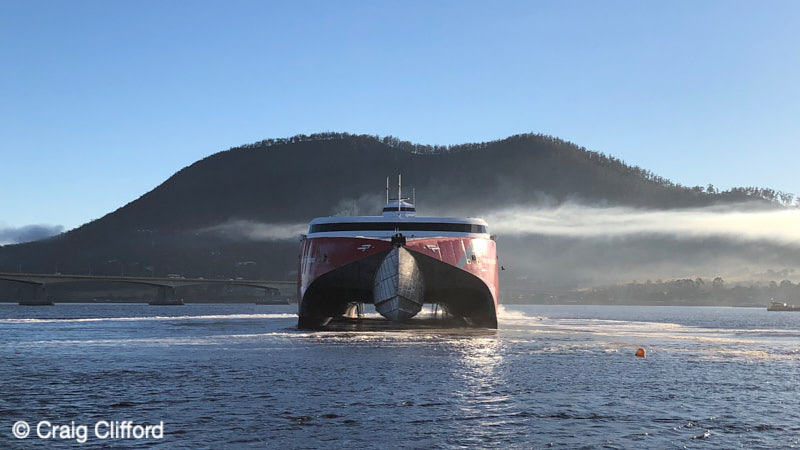