Finally, Golden Star Ferries took over the HSC GOLDEN EXPRESS (5.903gt/1998) after the collapse of the agreement reached -in October 2018- with the rival Fast Ferries. The ship has already been painted in the colours of Golden Star Ferries and has already been dry docked at Spanopoulos Group’s new Greek shipyards in Ambelakia, Salamis. Also, her new stern ramps have already been placed since 3 May.
The ship is expected to be introduced on the Rafina – Syros-Tinos-Mykonos-Paros-Naxos-Koufonissi-Amorgos run on 10 June. 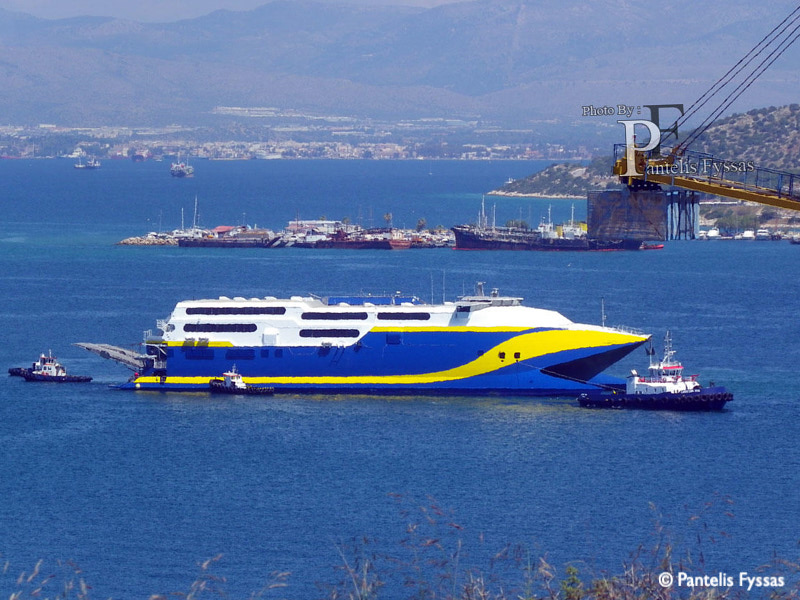