The Tersan Shipyard built HAVILA CAPELLA has been delivered to Havila Kystruten (Havila Voyages). The ship is on its way to Norway, where she will start her sailings on the traditional coastal route from Bergen on 1 December.

The owner says the ship has the world’s largest battery pack, with an autonomy of four hours.

Next ship will be delivered in January. Ships three and four arrive in the summer of 2022.

Havila Voyages is headquartered in Fosnavåg on Sunnmøre, and more than half of the shares are owned by the Sævik family. 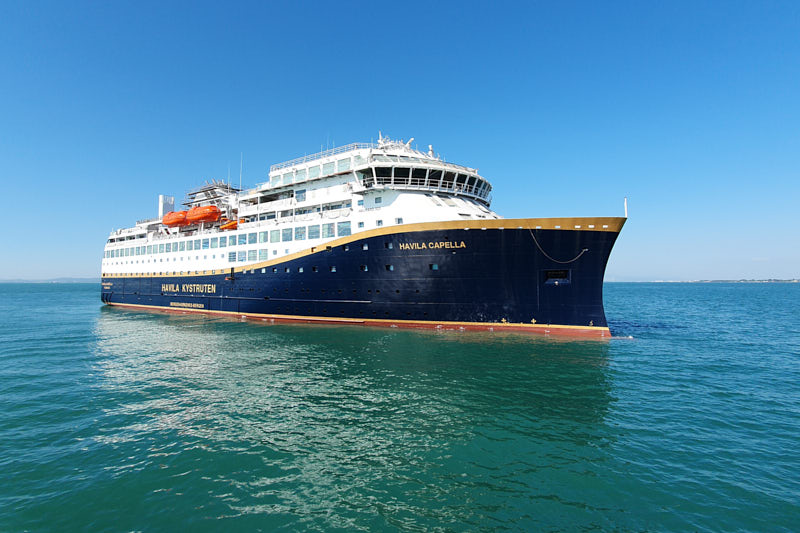