HAVILA CASTOR on its way to Norway

Havila Voyages took delivery of its second ship, HAVILA CASTOR, at the Tersan shipyard in Turkey.

HAVILA CASTOR will start sailing the coastal route Bergen – Kirkenes on Tuesday 10th of May.

The ship has a market value of around NOK 1.2 billion and is financed with equity and a loan of EUR 46 million from Tersan shipyard and the shipyard’s bank. The loan is for a period of 3 months.

The initial financing could not be carried out, because of the Russian embargo. The vessel is owned by the company HK Ship V AS – a 100% owned subsidiary of Havila Kystruten Operations AS.

Havila Voyages is already in the process of refinancing HAVILA CASTOR and the two remaining ships that will be delivered later this year, as well as HAVILA CAPELLA. 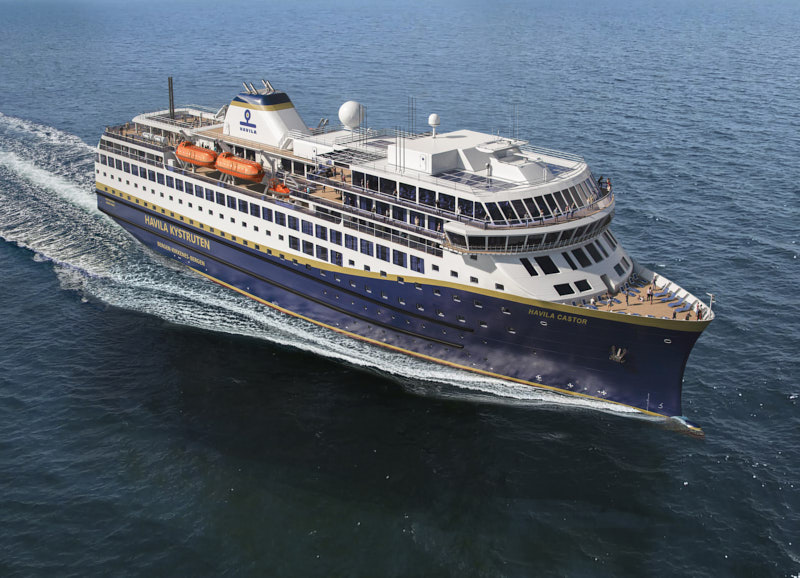