Grimaldi Euromed moved two of the most modern roro ships (GG5G class) from the Thyrrenian to the Adriatic Sea.

ECO CATANIA and ECO LIVORNO were recently delivered from Jinling shipyard and deployed up to now on the routes between Italy (Livorno and Savona) and Spain (Barcelona and Valencia).

As from this week (44) both units are active on the Ravenna – Brindisi – Catania link, thus doubling the capacity (500 trailers each). Previous vessels were EUROCARGO SICILIA and EUROCARGO CATANIA. The latter are now active on the Salerno – Catania route. 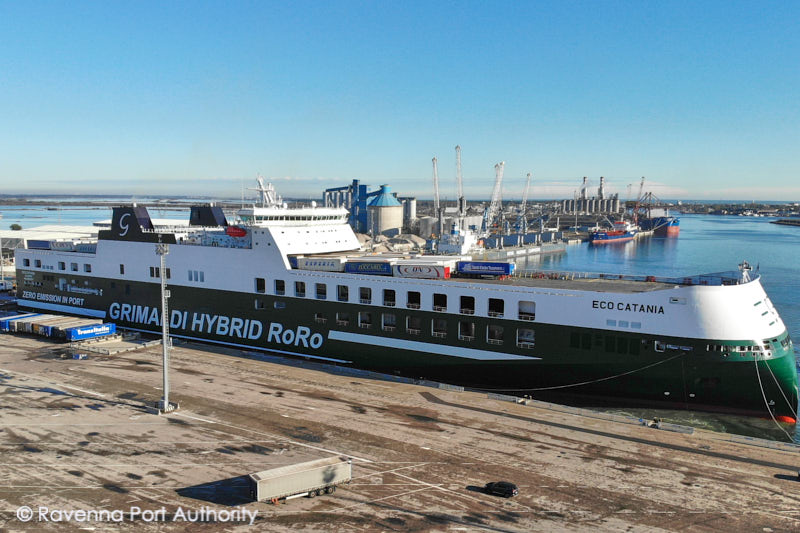