Remontowa S.A. shipyard in Gdansk has finished the first lengthening project for Finnlines. FINNTIDE (2012) has been lengthened by 30m in less than two months, adding 1,000 lane meters of garage deck.
After the modification she has a capacity of 4,213 lane meters.
The lengthening is part of Finnlines’ Energy Efficiency and Emission Reduction Investment Programme, which was launched this year. Through this EUR 70 million investment programme, the Company will lengthen four of its “Breeze series” ro-ro vessels with options for two more ships. The whole lengthening programme will be completed by May 2018.
FINNTIDE has returned to the normal operation on Uusikaupunki/Turku–Travemünde route on 26 November 2017. The next vessel to be converted leaves for the shipyard on 28 November 2017. 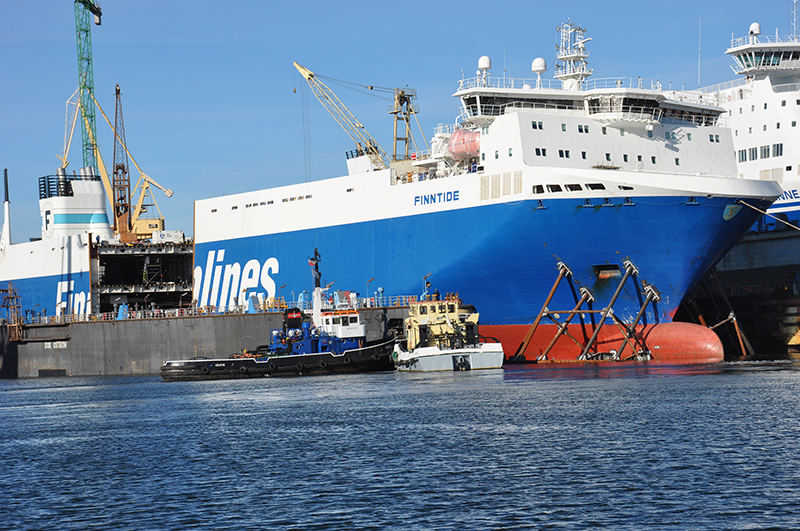