EBDG is responsible for redesigning the vessels to accommodate the major change in propulsion type without disrupting structural components.  The ferries will operate on all-battery power during crossings or can revert to a hybrid, diesel-electric propulsion if required.  Battery recharging will typically occur dockside at the terminals during offloading/loading procedures.

Earlier this year, Washington State’s Legislature authorized a contract extension for Vigor to build up to five hybrid-electric versions of their 144-vehicle Olympic Class.  The new-build authorization is a direct result of the 2040 Long Range Plan that identified the initial aspects of vessel and terminal electrification.  EBDG was a participant of the plan and is now leading the effort for an additional, supporting addendum – the WSF System Electrification Plan.  The System Electrification Plan will identify a detailed plan for deploying hybrid-electric vessels throughout the ferry system.

More than half of Washington State Ferries’ 23-vessel fleet is scheduled to be retired by 2040. The ferry system needs 16 new vessels in the next 20 years, including 13 ferries to replace vessels due for retirement and three additional vessels to fill in when other ferries are out for maintenance and to respond to growth. 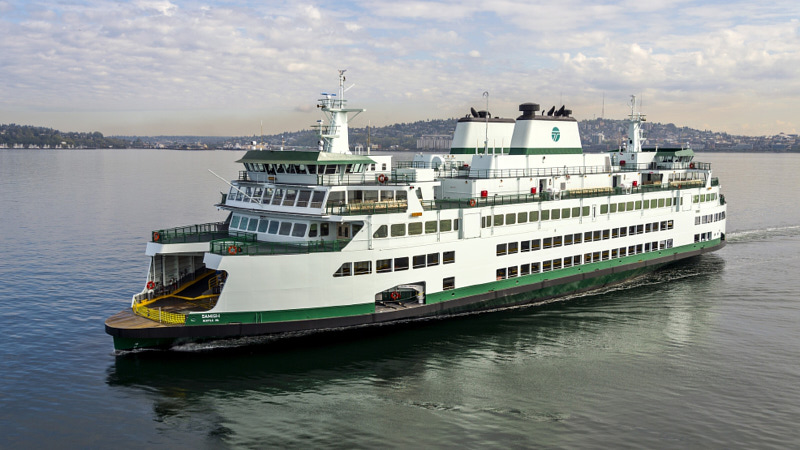