The story of Damen Ferries starts just before the new millennium, when the management noticed high levels of activity in the fast ferry sector.

Damen entered the market with the acquisition of a license to construct the successful Australian River Runner design. The company’s first project in the sector was the construction of four River Runners for the Dordrecht Waterbus Service. 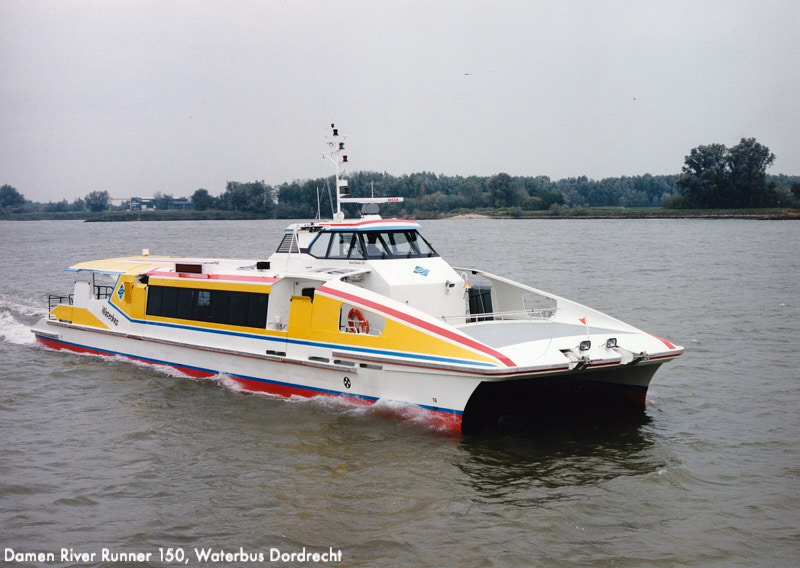 Shortly after this, Damen acquired its own yard in Singapore, as well as the design for the Flying Cat 40 – a very successful fast ferry of which over 60 vessels would be constructed. In time, Damen would develop this design into the Damen Fast Ferries 4010 and 4212.

Today, Damen builds a wide range of composite vessels at its dedicated Antalya yard in Turkey. In 2009, the product group expanded its reach with a broadened product portfolio that included larger road ferries alongside fast ferries. Damen Ferries has delivered ferries of diverse types and sizes to Europe, Africa, Asia and North and South America.

Damen Ferries continues to innovate with a firm focus on sustainability. As a result of the predicable – and relatively short – sailing routes encountered in waterborne public transport, the sector lends itself well to being the front runner in electric vessel propulsion.

Damen is building its electric and hybrid electric ferries as part of its E3 programme – environmentally friendly, efficient in operation and economically viable. The shipbuilder already has a number of so-called E-Cross ferry projects under its belt. This includes six hybrid diesel-electric Island Class ferries for BC Ferries in Canada, which are prepared for conversion to full-electric in the future when the regional infrastructure is in place.

Also for Canada, Damen is building a fully electric Road Ferry 6819E3 and a Road Ferry 9819E3 for Ontario. Another landmark project is Damen’s construction of seven fully electric 2306E3 Ferries for Arriva’s operation in Copenhagen. 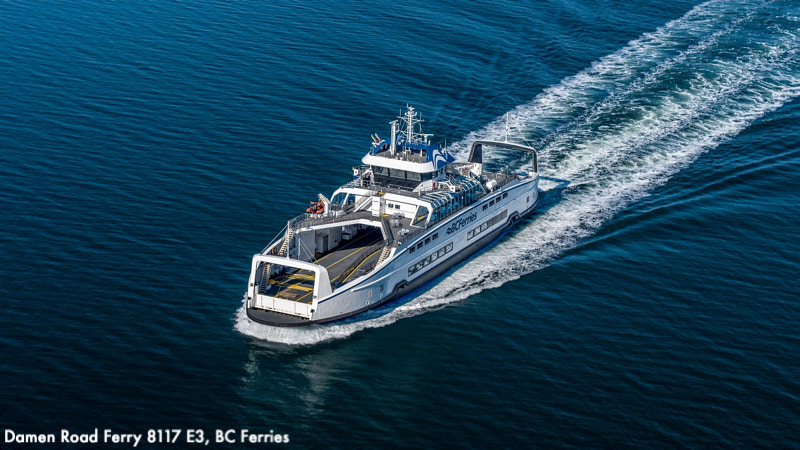 Director Ferries Henk Grunstra, says, “We are very proud of what we have achieved over the last two decades. The world of maritime public transport has changed considerably in this time and we have changed with it, developing our product portfolio and production processes accordingly. We are looking forward to doing the same in the coming decades, responding to the market’s calls for increasing connectivity and sustainability and playing a leading role in the creation of waterborne public transport fit for the future.”  (Source: Damen press release)