The veteran ferry LE RIF bought in 2017 by a newly formed Moroccan company called Detroit World Logistics Maritime (DWLM) and set to be deployed on a new route linking Algeciras with Tanger Med (which never started) is up for sale.

The ship repair company Jobson Italy recently completed a big refurbishment work in dry dock before in the port of Naples, and then in La Spezia, but the owner never paid the bill so the vessel is now at auction.

Alessandro Bardi, CEO and technical director of Jobson Italy, confirmed to FSN that “the ferry has been towed to the port of Genoa where is now ready to be sold or bare boat chartered out. Several negotiations are currently ongoing, but no deals have been signed yet”.

The price is roughly EUR 10.7 million according to some broker sources. “That’s because the ship, after the refurbishment, came out rejuvenated, and her age is 10 year today,” Bardi stated. Caronte&Tourist and the new 30% shareholder Basalt Infrastructure Partners jointly announced, on Tuesday 15 January in Palermo, a new 5-year business plan which is expected to bring five news ships in fleet.

The investment required is worth some EUR 300 million.

Some 60 million is coming from the Sicily Region. It is related to a pair of small ferries due to be deployed on the short sea routes.

Some 240 million will be put on the table by Caronte&Tourist for ordering three new ferries and a further 20 million are to be invested for refitting works on the fleet already controlled.

In the same occasion it has been revealed also that a sister ship of the double-ender ELIO recently delivered by Sefine shipyard in Turkey had already been ordered.

Vincenzo Franza e Calogero Famiani, both at the helm of the Messina-based ferry group, revealed that, following the partnership sealed with Basalt and the new investment plan in pipeline, Caronte&Tourist’s revenues are expected to increase from 203 million in 2017 to 224 million, in five years’ time.

The group has been valued at 400 million and Basalt paid some 130 million to take a 30% share. 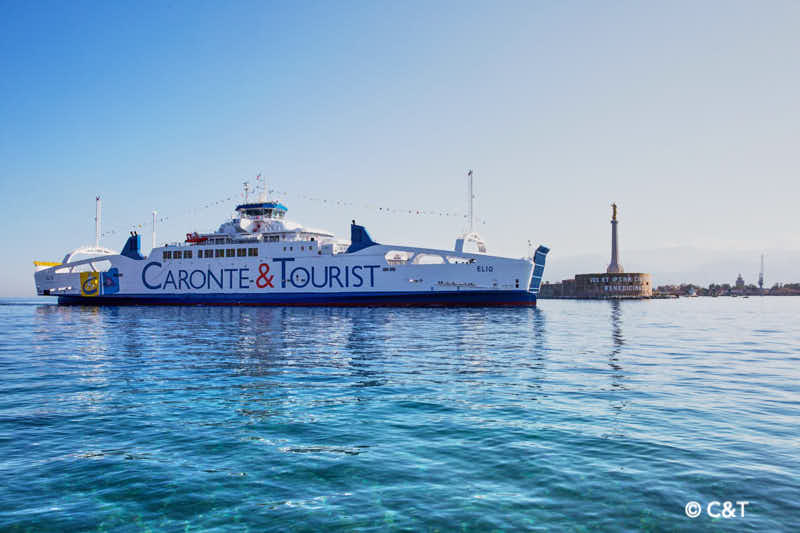 Wightlink will bid farewell to its oldest ferry –ST CECILIA– on Friday 25 January 2019.

The vessel will join her sisters St HELEN (renamed ANNA MUR) and ST CATHERINE (now GB CONTE) in the fleet of the Italian ferry company Delcomar, which operates services between Sardinia and its offshore islands. 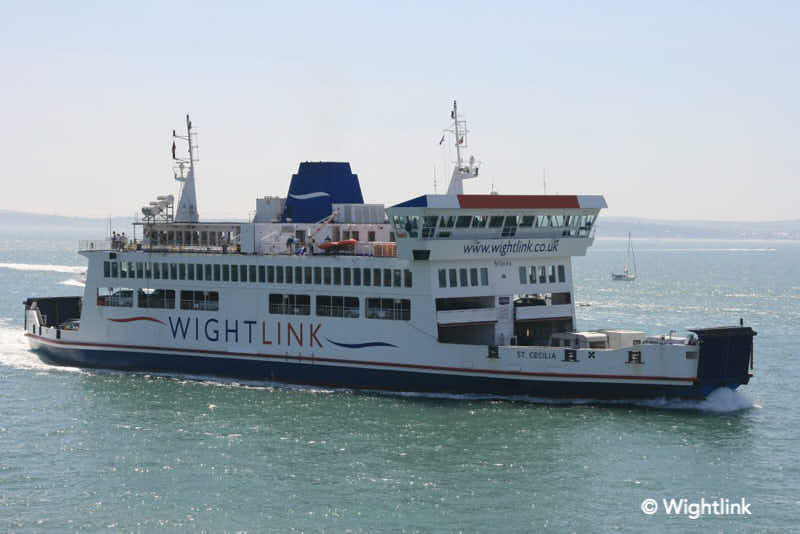 Now it is official: Finnish shipbuilding company Rauma Marine Constructions (RMC) has signed a letter of intent with Kvarken Link for the construction of one ro-pax ferry. The LOI was signed in October 2018 but has only been announced now.

Kvarken Link is owned by the city of Umeå and the city of Vaasa, both of whom serve as guarantors of the financing.

RMC’s first newbuilding is HAMMERSHUS, from Molslinjen. She began operating in September. In comparison, the new ferry between Vaasa and Umeå will house more cabin space, as well as a more varied restaurant offering, to name just a few extra touches. 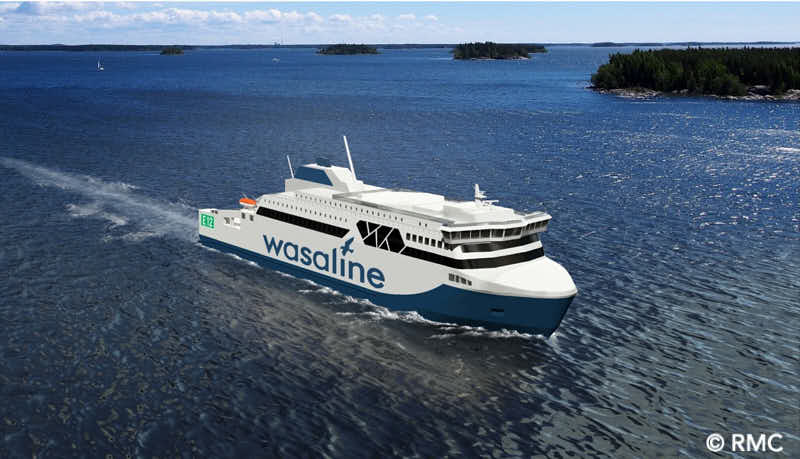 Norled Will Have The World’s First Hydrogen-Electric Ferry 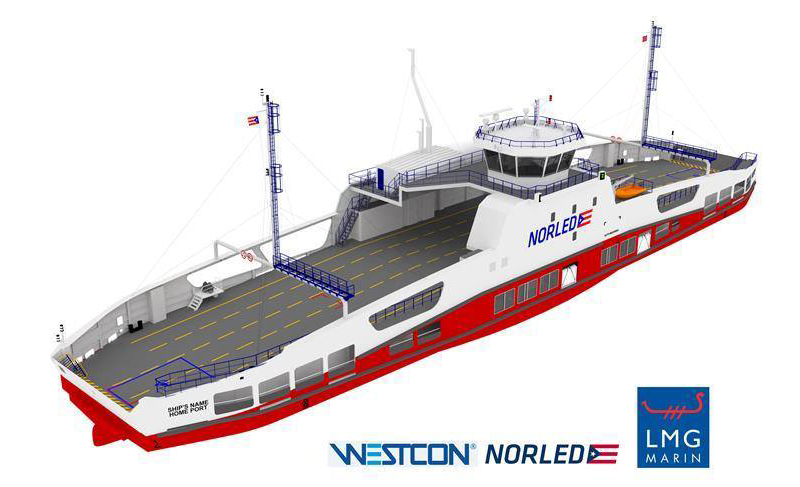 The world’s first hydrogen (H2)-electric ferry will be constructed by Norled. The Norwegian company won the tender for the development, construction and operation contract, issued by the Norwegian Public Roads Administration.

The development contract was won in fierce competition with Fjord 1 and Boreal. The requirement was that at least 50 per cent of the energy is covered by hydrogen.

The Board of David MacBrayne Limited has announced on 15 January the appointment of a new Group Chief Executive Officer, Mr Duncan Mackison. He will start on 1 March 2019.

Dunan Mackison is a former Royal Marine Commando Officer and, more recently, was Managing Director of Serco Defence, where he had responsibility for managing aviation and maritime contracts for the Ministry of Defence.

Mr David McGibbon, Chairman of David MacBrayne said, “Looking ahead, the Group faces many challenges. We will continue to deliver ferry services to the Clyde and Hebrides through our subsidiary company, CalMac Ferries Limited. In addition, we will also be addressing the forthcoming tender process for the new contract to deliver ferry services to the Orkney and Shetland Islands, a process which has already begun.” 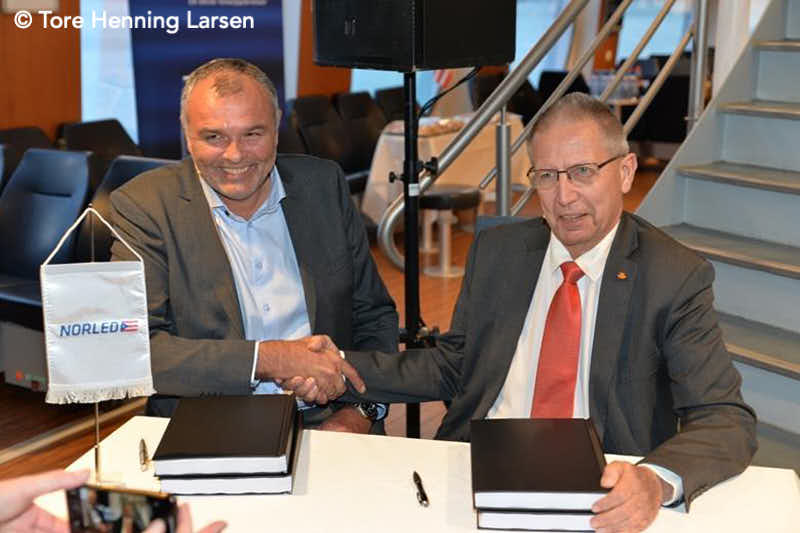 The Ports Of Caen-Ouistreham, Cherbourg And Dieppe Merge Into Ports De Normandie

Three French ferry ports based in Normandie have decided to join forces.

In fact, Caen-Ouistreham and Cherbourg were already united in ‘Ports Normands Associés’ (PNA).

Dieppe was added to these two ports, to create ‘Ports de Normandie’.

Together, the three ports have six ro-ro berths, and see some 200,000 freight units per year, ferried across by DFDS (Transmanche Ferries), Brittany Ferries and Irish Ferries.

Color Line has started to operate the freight-only ferry COLOR CARRIER on the route Kiel – Oslo as of 11 January 2019.

On the occasion of its inaugural call, the Lord Mayor of Kiel, Dr Ulf Kämpfer, Port of Kiel Managing Director Dr Dirk Claus and the Executive Manager of Sartori & Berger, Jens Broder Knudsen, welcomed the captain and handed over the traditional inaugural plaques. 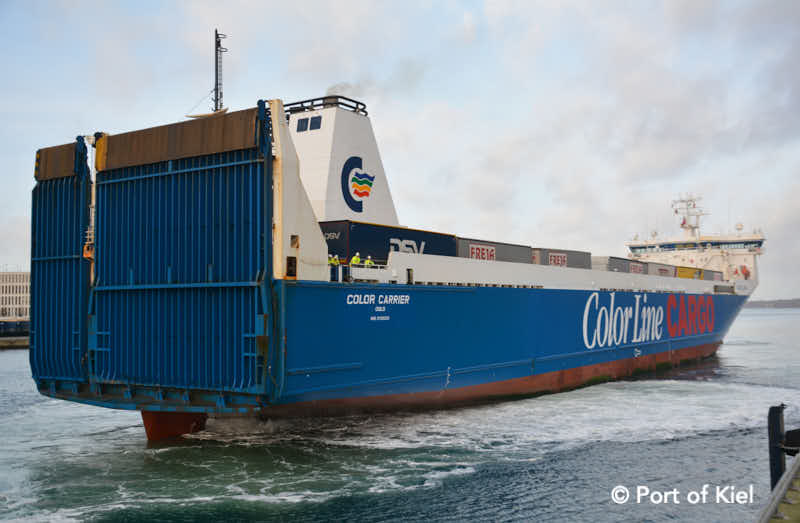 The freight ferry is an additional growth momentum for the port of Kiel and enables the resumption of intermodal transshipment at the Norwegenkai terminal. The aim is to transship as much cargo as possible via rail.

In order to ensure smooth handling processes for the additional cargo units, the operating area on the Norwegenkai terminal has been expanded by 10,000 m2 already some time ago.

The year ended with record volumes for both November and December.

The ferry industry is continuing to invest for the future and plan for growth with nine new passenger vessels set to launch from 2019, says the industry body Discover Ferries. Half of Discover Ferries’ 12 members are introducing new additions to their fleets from next year, following the launch of two new ferries this year. 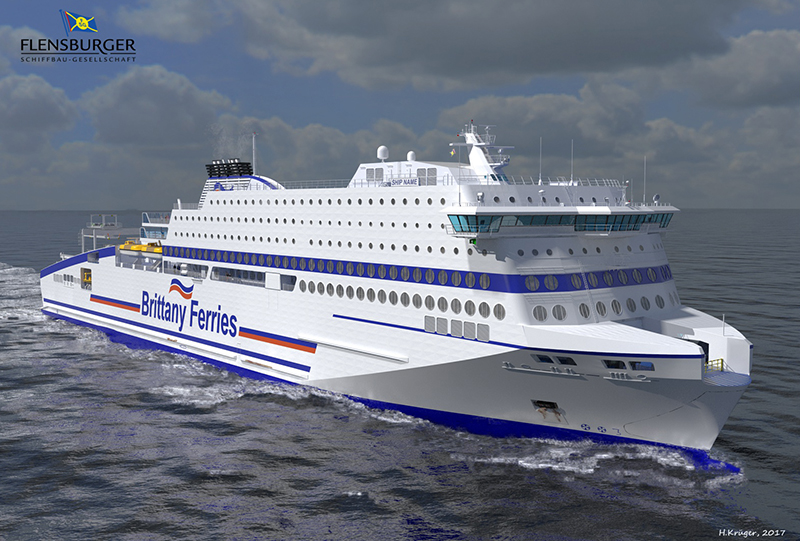 In December 2018, the new Carus ePoS system on board was implemented on board Trasmediterranea’s ferry CIUDAD DE IBIZA. Final testing was carried out to see how the system would work in a live environment on the fully-booked ferry.

Juan Manuel Caballero, CIO and CTO of Trasmediterranea, said: “We have put our knowledge and experience into building the best in class Hotel Management System for ferry and cruise in the market. 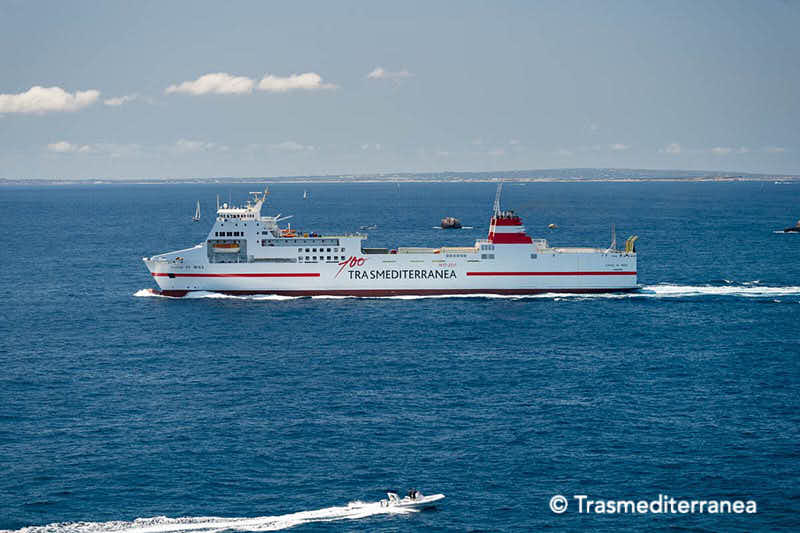 This has been more than one year working with CARUS in order to have a smart POS and Hotel Management system that can cover the full passenger travel experience. CARUS POS allows us to manage our passengers’ needs from a 360º view”.