Color Line AS, a company belonging to Color Group AS can look back on a successful 2017.

Color Group is expecting to record a profit in 2018 that is comparable to the figures reported in 2017.

As a reminder, the company entered last year into a contract with Ulstein for the construction of the world’s largest plug-in hybrid ro-pax for the Sandefjord-Strömstad route (spring 2019)

One more detail: interesting to know is also that 65% of the company’s estimated bunker costs for 2018 and approx. 30% for 2019 are secured by hedging.

Fincantieri and the Grimaldi Group have signed a letter of intent for the lengthening of CRUISE ROMA and CRUISE BARCELONA.
The construction of the sections that will be inserted in the ships will begin in 2018, while the end of the operations is expected by the summer of 2019.
The work will be done on the Palermo site, which has a great experience in such jobs (MSC Cruises, Silversea…)
Their length will change from 225m to 254m. The lane meters will improve from 3,000 to 3,700. Passenger capacity will jump from 3,000 to 3,500.

Reducing environmental impact and energy savings will be achieved by scrubbers and a system of mega lithium batteries, to power the ship during port calls. 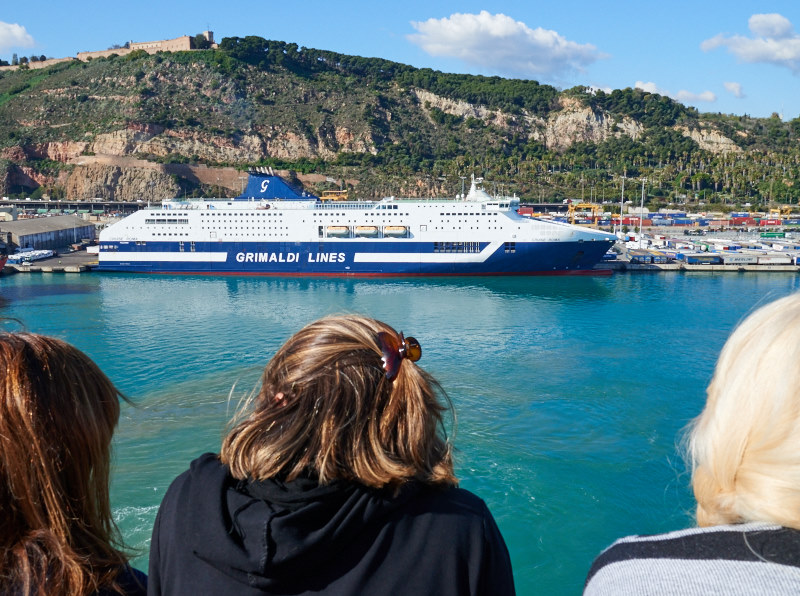 Fjord1 has signed a contract for seven new ferries, on March 5. Five ferries will be built by Havyard Ship Technology, and two by the Cemre Shipyard in Turkey.
The Havyard site belongs to the Fjord1 group of companies, with the Sævik family as major shareholder in both companies. Havyard also delivers the design.
All ferries will be fully electric-powered.
The five Norwegian-built vessels will serve the “Nordmørspakken” (Kvanne-Rykkjem, and Edøya-Sandvika), and “Hordaland 1” (Fedje-Sevrøy, and Langevåg-Buavåg).
The two Turkish vessels will operate on Seivika-Tømmervåg.
The seven ferries will be delivered to Fjord1 in the autumn 2019, since the new concession for the different routes starts on 1 January 2020. 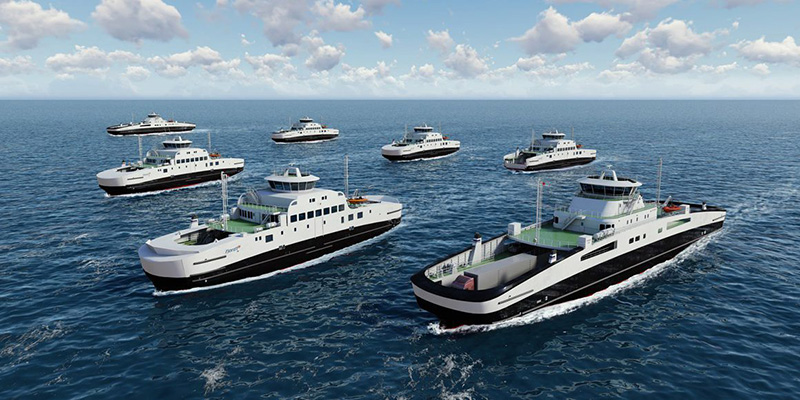 Fjord1 ASA ordered four Multi-Maritime designed battery ferries.
Three of the ferries will be of the new “MM82FE EL” design, which is approx. 85 m long. The ferries will operate all electric on challenging routes.
Two will operate at “Ranavik-Skjersholmane”, which is a 14.2 km long route and a service speed of approx. 13 knots. The expected charging power is up to 5000 kW. The third ferry will operate at Gjermundshamn-Årsnes.
The three ferries will be built at Sefine Shipyard in Turkey (new buildings 33, 34 & 35) and delivered in Q3 and Q4 2019.
The fourth ferry is 116m long and of “MM111FE EL” design. The vessel is planned to operate at Jondal-Tørvikbygd from 01.01.2020.
The ferry will be built by Tersan Shipyard in Turkey and scheduled delivery is Q2 2019.

Boreal Sjø ordered a Multi-Maritime-designed ferry too, of the “MM70FE EL” series. She will be built by Vard Brevik in Norway. The ferry will operate on the Kvanndal-Utne route.

Stena Line signed a contract with Callenberg Technology Group for batteries with a capacity of 1 MWh, which will be installed on STENA JUTLANDICA.
This ro-pax operates between Gothenburg and Frederikshavn.
The battery project will be completed step by step. Deltamarin For DFDS, OSK For MSC/Moby

DFDS originally signed a contract with OSK-ShipTech for the development of the outline concepts and tender documents, for both the ro-ro vessels now contracted at Jinling, and the ro-pax vessels contracted at GSI.

When MSC/GNV/Moby decided to order ferries at GSI too, DFDS said it wanted to prefer to have an advisor not involved in both projects.

The shipbuilding contract for two ro-pax ferries was signed on February 12 between DFDS and GSI. Both ro-pax ships are planned to be delivered in 2021.

The 4,500 lane metres, 600-pax ships will be deployed on one of the Baltic routes connecting Lithuania to either Sweden or Germany.

On March 3, the DFDS ro-ro vessel PRIMULA SEAWAYS was hit by the container vessel MSC MADRID during PRIMULA’s outbound voyage from Ghent to Brevik.
The collision caused damage to the ro-ro vessel, which might be out of service for some weeks.

In addition, DFDS have the MAESTRO SEA on charter and more charters are not excluded.

Watch the collision track on YouTube and see a picture of the damage on pzc.nl photographed by Adri van de Wege. 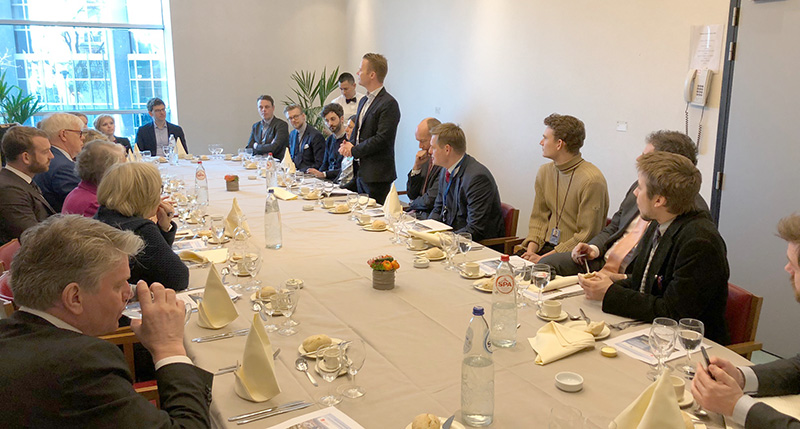 This news is from end of January, but still relevant: Rogaland County Municipality and NCE Maritime CleanTech have been awarded €11.7 million to develop an all-electric high-speed passenger vessel to operate between Stavanger and Hommersåk on the west coast of Norway.
This is one of the largest amounts to have been awarded to a single project in the EU’s Horizon2020 research program, and the project will help revolutionize Norwegian production of zero emission vessels.
The vessel will be built by Norwegian shipyard Fjellstrand.
The project will also conduct two studies for the same type of vessel in London and the inland waterways of Belgium. 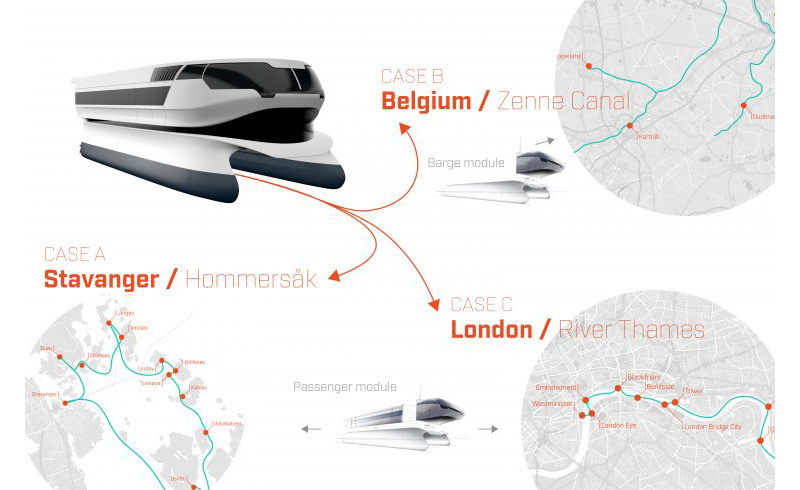