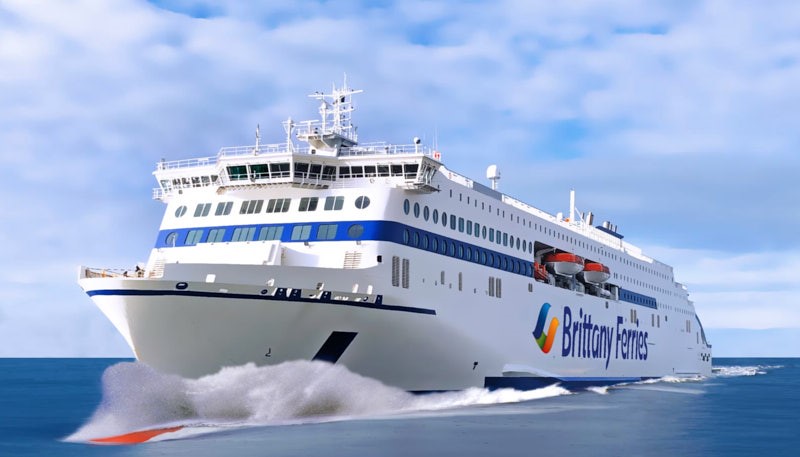 During a French press conference, Brittany Ferries announced the agreement with Stena RoRo for the construction of two new hybrid E-Flexers of a new generation.

BARFLEUR (1992) will be replaced by COTENTIN, which will be rebuilt from roro to ropax (still a project, to be confirmed). COTENTIN is a near-sister of ARMORIQUE.