The Government of Tasmania has decided that State-owned TT-Line Company Pty Ltd should not proceed with the proposed vessel replacement contract with Finnish ship builder Rauma Marine Constructions (RMC), “due to COVID-19 and its economic implications for the State.”

In 2018, a contract was signed with Flensburger Schiffbau-Gesellschaft.

In 2020, it was mutually agreed between TT-Line and FSG that FSG would not build the new vessels. TT-Line signed a Memorandum of Understanding with RMC and commenced contract negotiations and agreed final design specifications.

The TT-Line Board submitted an updated business case following a unanimous Board recommendation that TT-Line sign a new ship construction contract with RMC.

That recommendation was considered and subsequently not endorsed by the Shareholder Minsters.

A Reaction from Incat

Robert Clifford, Chairman Incat, has already announced that his company looks forward to work together with the soon-to-be-established Bass Strait Taskforce.

“With a highly skilled workforce of over 600 people directly employed in Tasmania, and many thousands more supported through sub-contract and supplier arrangements throughout the country, Incat are supportive of keeping Australian dollars within Australia and maintaining and indeed growing the employment opportunities for all Australians during these troubled times.”

A Reaction from RMC

“The situation is naturally unfortunate for RMC, but we are pleased to say that the withdrawal does not cause any immediate re-structuring at RMC,” says Jyrki Heinimaa, CEO, RMC.

RMC is currently building the AURORA BOTNIA ropax for Wasaline. In addition, production of the shuttle ferry MYSTAR for Tallink Grupp, started in April. Furthermore, last autumn, RMC signed a Contract with the Finnish Navy regarding the construction of four multi-role corvettes. 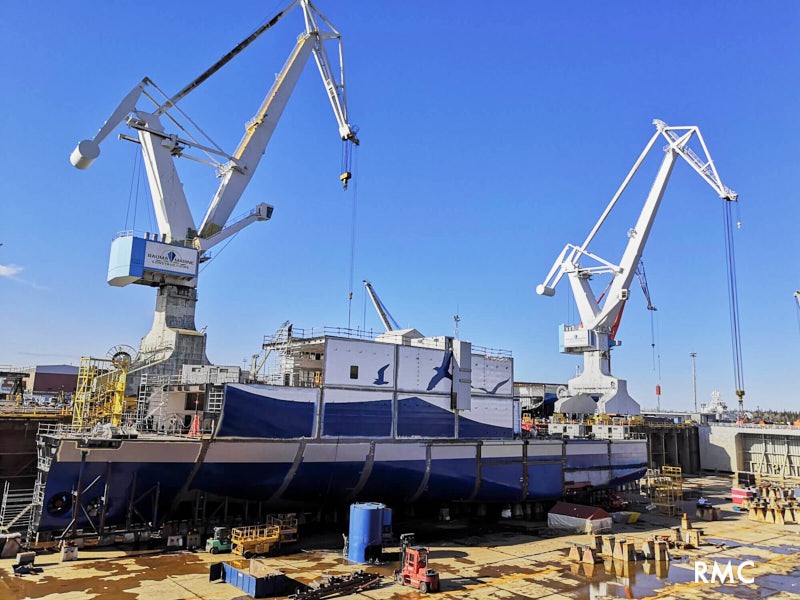