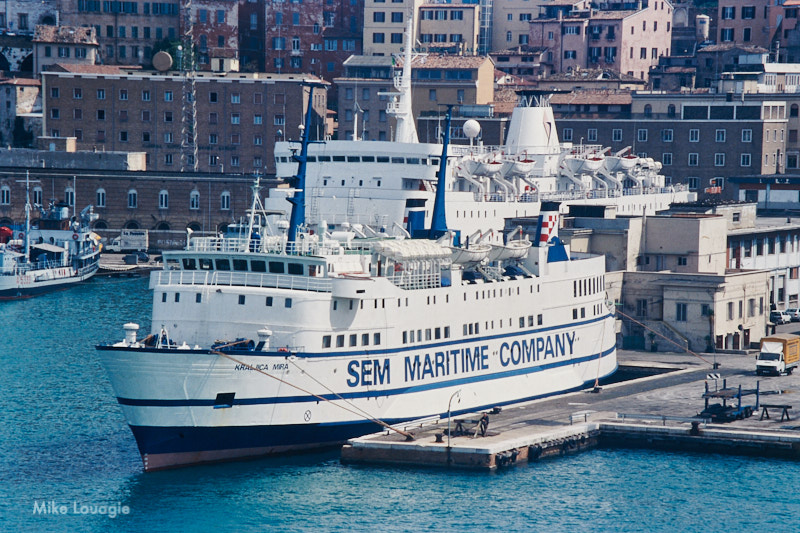 Built as HAMMERSHUS in 1965, by Meyer Werft.
Started to serve the route Copenhagen-Rönne-Ystad.
Did several seasons with TT-Line between Travemunde and Bornholm.
Left the Baltic in 1993, and ended up in the Adriatic.
In 1994 she sailed for Sem Maritime Company’s traffic between Split – Ancona.
Scrapped in 2005. 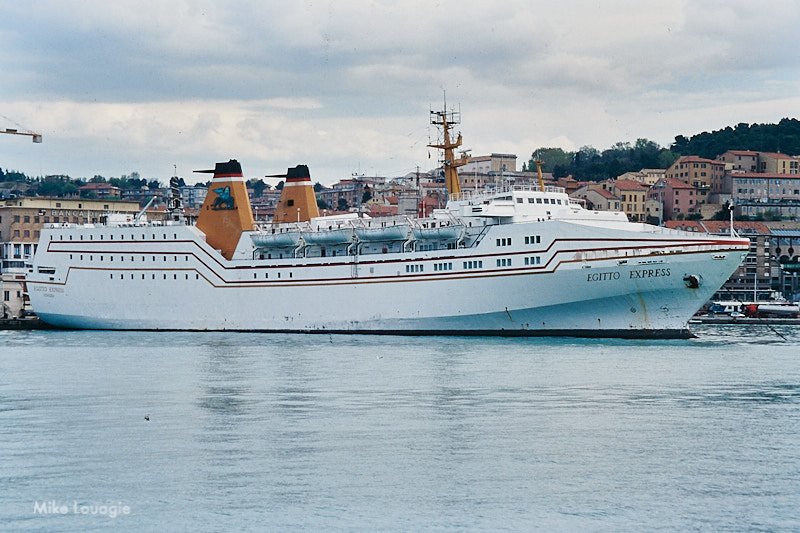 She is still active as LAMPEDUSA, between Trapani and Pantelleria for Traghetti delle Isole. 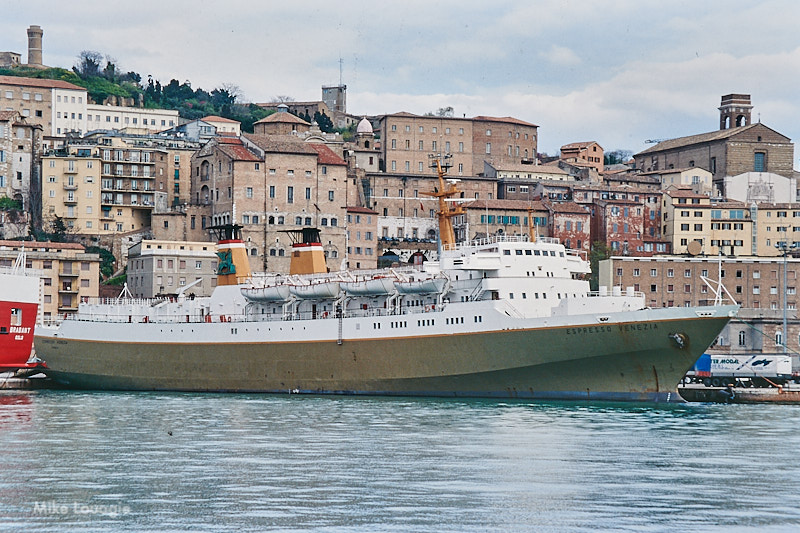 Sister vessel to the previous ferry, she was built in 1977.

In 1994 she ended up in Greece via Ventouris. Fakta om fartyg gives an overview of all her routes.

As EXPRESS PEGASUS she is still alive but laid up near Piraeus.