In 1997 I travelled on several ferries between Italy, Elba, Corsica and Sardinia. Let’s look at some Corsica Ferries photographed during these journeys. 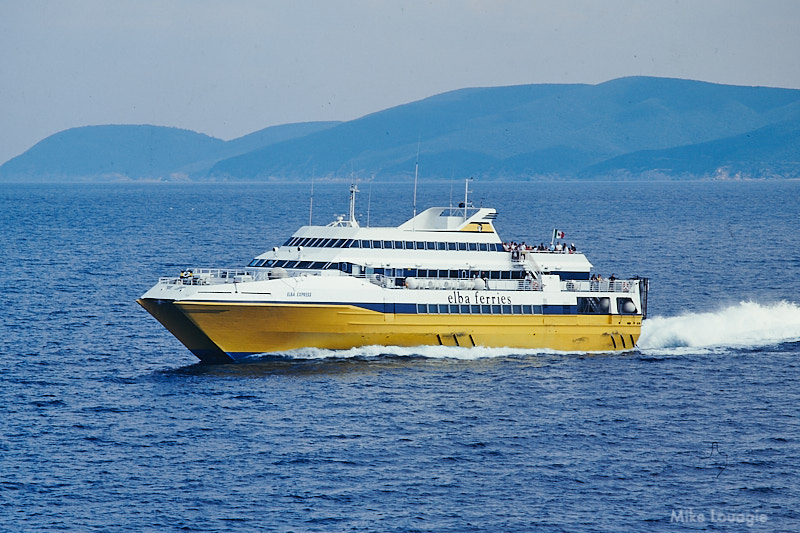 Built by Westamarin she was used by Elba Ferries between Piombino and Portferraio.

Now owned by Balearia, she is still in service as FORMENTERA DIRECT on the route Ibiza – Formentera. 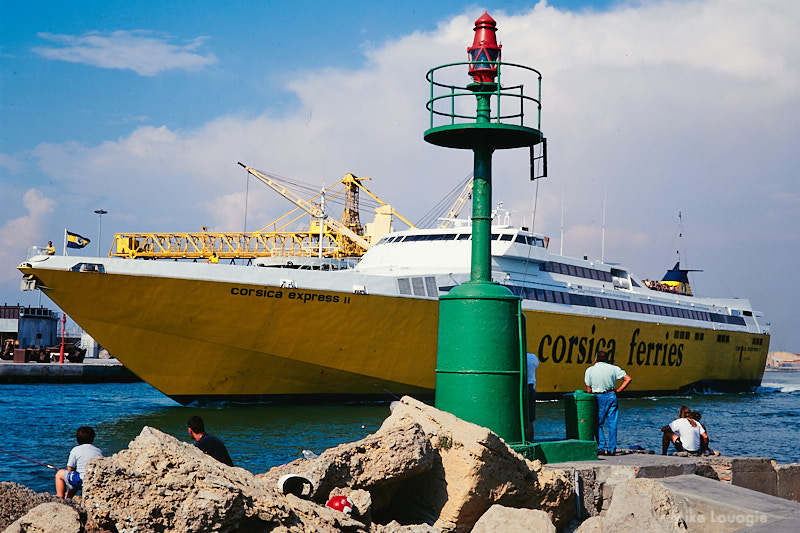 At that time, she was one year old, serving the route Genoa-Bastia.

In 2015 she was sold to a Sea Jets company, as PAROS JET. She can still be activated for service. 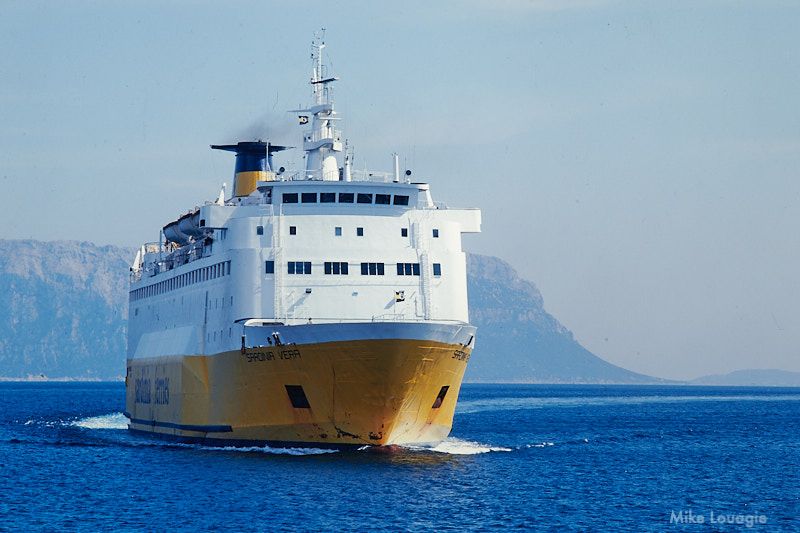 One of four ferries built by Rickmers, she arrived in Italy in 1996, after years of operation for Canadian Marine Atlantic. For Sardinia Ferries she operated between Livorno, Civitavecchia and Golfo Aranci.

In 2001 she was chartered to Conseil General de Seine Maritime, Dieppe, France, for the Transmanche ferry service between Dieppe and Newhaven.

She is still operational in the Med and currently laid up in Piombino.