Ferry MALANGEN (Torghatten Nord AS ) will be rebuilt at the Fosen Yard
Haf Power Solutions AS will supply the hybrid system.
The suppliers to the hybrid system include Corvus Energy (battery packs), The Switch (frequency converters), ACEL (switchboard) and Høglund Marine Automation. 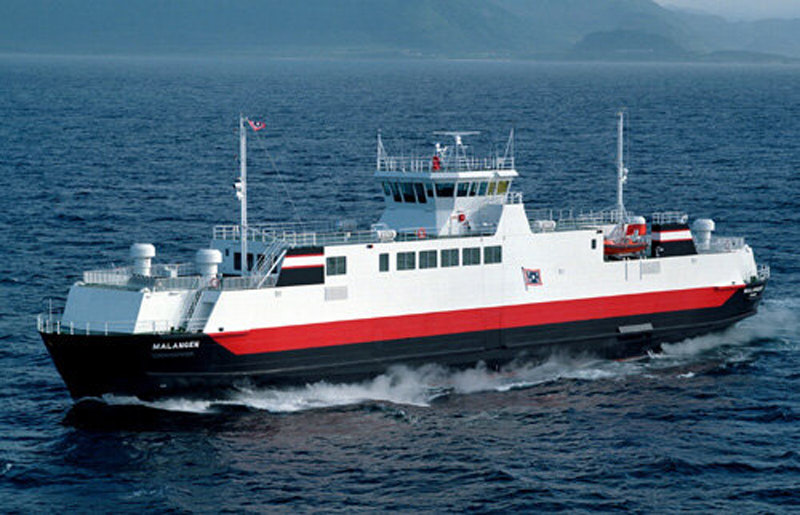 Cemre Shipyard and Torghatten Nord AS have entered into a contract to build a new ferry for Bognes-Lødingen.

Developed by Norwegian Ship Design, the double-ended car and passenger ferry with designation NSD120CFc will operate as a Zero Emission Vessel in exposed waters on the route Bognes – Lødingen in the Northern part of Norway.

Typical service speed on the one-hour crossing is 13-14 knots. The transit time (and speed) is bringing a new record among the Norwegian Battery Ferries.

The Vessel will normally operate battery electric with all power originating from the grid onshore through high-capacity automated charging connections. In case shore power is unavailable bio diesel generators will provide sufficient power for normal operation.

The 117 m long vessel with 399 passenger capacity will be built according to the DNV class rules and carry the Norwegian flag. 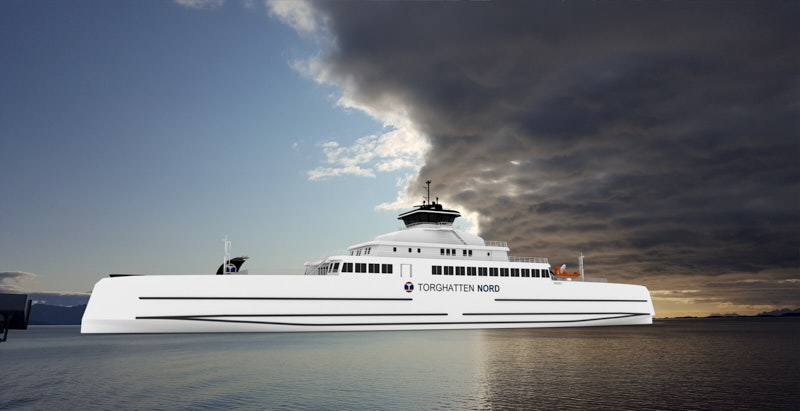