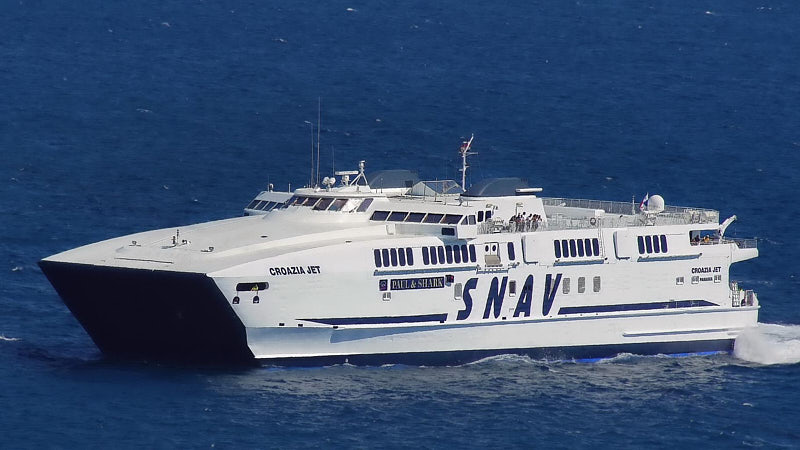 The latest acquisition of Seajets, HSC SPEED JET is currently on her way to Greece under tow by tug DUKE II. 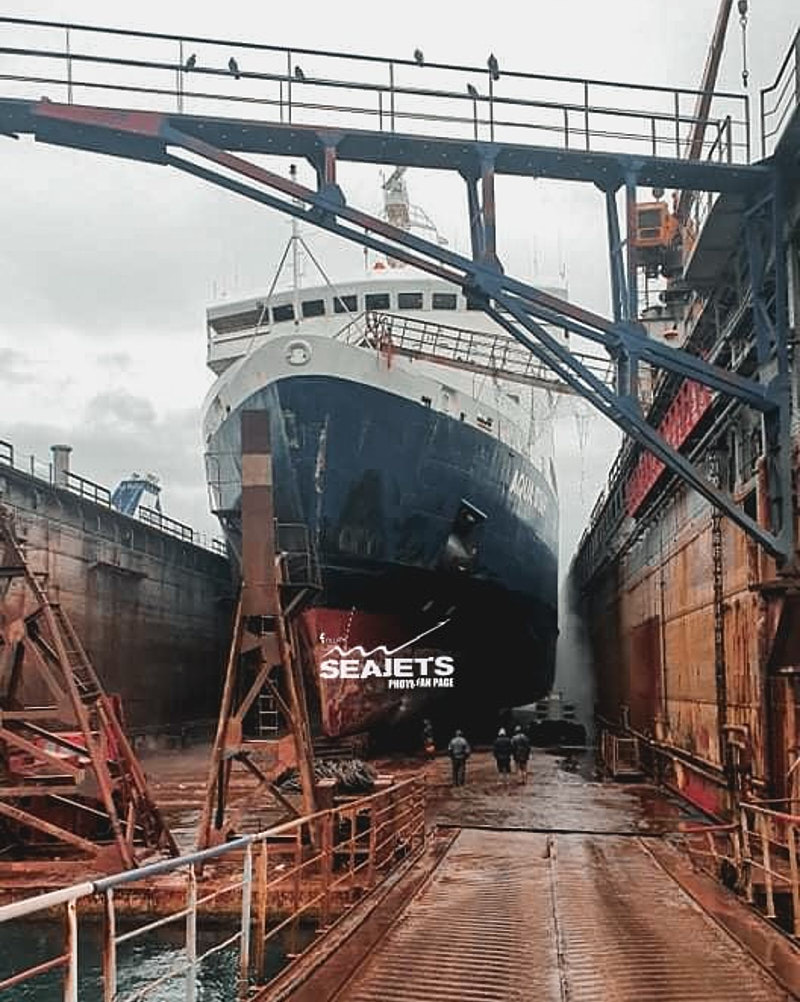 According to the information, the ship will be drydocked, get a new bulbous bow and a new name (SPORADES STAR or SPORADES) as she is expected to serve the Agios Konstantinos-Sporades line.