DFDS Looking for New Inland Areas Behind the Port of Trieste

The Danish shipping company DFDS, which two years ago took over the Turkish player Un RoRo with its maritime line from Istanbul to North Adriatic and France and the port terminal in Italy, intends to invest in new areas behind the port of Trieste.

Jens Peder Nielsen, head of Samer Seaports & Terminals, said to Ferry Shipping News that the group is interested in areas connected to the railway and part of the port’s free zone. “The aim is to increase intermodal services between Trieste and inland destinations in Central and Eastern Europe” Nielsen said. “We are looking at areas of at least 50-100,000 square metres where we can move the cargo units we transport between Italy and Turkey on board our ships and between Trieste and the rest of Europe by train”.

Samer Seaports & Terminals has plans also to invest in a new gantry crane and to upgrade the rail shuffle currently existing on the quay of the North Adriatic port.

In the 2019 full year report DFDS states “that port congestion in Trieste lowered the efficiency of train services” and also added that “the last major restructuring to be completed is to improve the operational efficiency of the two ports currently operated in Trieste. This is expected to be achieved during Q2 2020”.

A new high-speed craft called CARMINE has just been delivered to the Sicilian ferry company Liberty Lines from Liberty Shipyard (formerly known as HSC Shipyard) based in the port of Trapani.

The unit in question is part of the Admiral 250 series and is a sister ship of the hydrofoils renamed AMMARÌ, CARLO MORACE and CARMEN M.

This high-speed vessel has a capacity for 250 passengers. 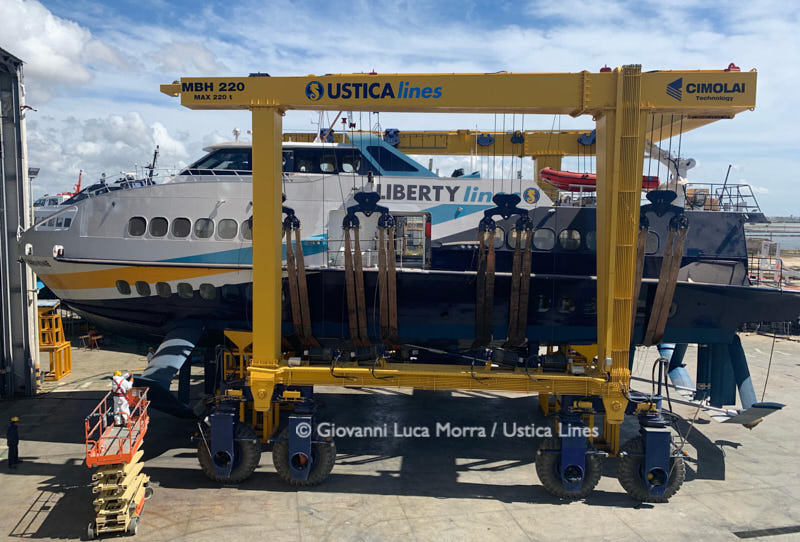