Green Initiatives at the Port of Hirtshals 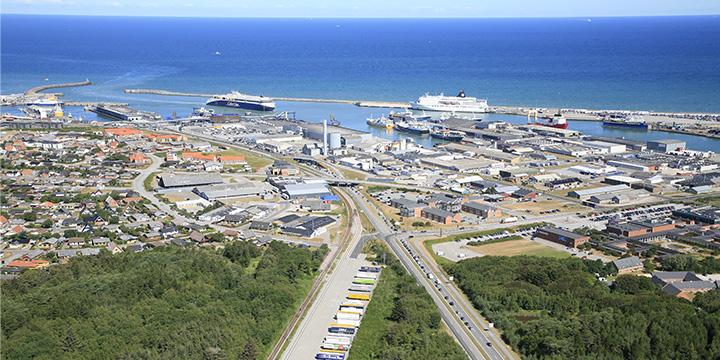 Port of Hirtshals: Increase In Freight Traffic And In Potential

During the first four months of 2020, the Port of Hirtshals has increased its turnover by 0.4% in freight traffic compared to the same period last year.

The roro traffic, which constitutes the majority of the freight, basically maintained the level from the same 4 months of 2019.

Due to the border closures in e.g. Norway, Germany and Denmark, there has been no car or passenger traffic over the Port of Hirtshals since mid-March. The ferry companies have thereby been able to use the car deck for lorries and trailers instead. This has meant that the freight traffic over the corridors in Hirtshals has consolidated even further during the corona crisis.

“Although the port has experienced growth in freight traffic for almost 10 years, we can only interpret the development of the last few months as an indication that the freight volumes increase when the capacity is present on the routes out of Hirtshals. This clearly shows that there is more potential to be gained. At the same time, we must see the development as evidence that the transport sector wants to utilise the direct corridors that we have right here in Hirtshals,” says Jens Kirketerp Jensen, managing director at the Port of Hirtshals.