The much-anticipated service between Wine Wharf quay in Valletta (Malta) and Augusta (Sicily) will initially operate five trips a week, and the itinerary allows for flexible and late departure times to enable passengers to bridge public holidays.

The start was made possible thanks to a temporary permit issued by the Italian authorities.

Ponte Ferries operates in competition with the shorter Pozzallo – Valletta route offered by Virtu Ferries. However, Augusta is closer to Catania.

Ponte Ferries Forced to Postpone the Start of its Ferry Operations

“Last minute legal challenge forces us to delay the start of our Malta-Sicily service,” says a press release from Ponte Ferries.

The new ferry company says it has been forced to delay launch of its ferry service to Sicily due to a last-minute legal challenge with Sicilian authorities by another competing operator, which objected to Ponte’s use of the Port of Augusta.

In another press release, competitor Virtu Ferries denies. “Ponte Ferries have once again had to delay their ferry service, causing their clients much angst. This time they are seeking to conceal from their responsibility by seeking to shift the blame on Virtu Ferries, alleging that we have made a last-minute legal challenge. Virtu Ferries made no such, or indeed any other, challenge.”

Like Ponte Ferries, Virtu Ferries applied for berthing facilities at the Port of Augusta.

Neither Ponte nor Virtu had been given the green light to start ferrying passengers to Augusta.

Virtu Ferries lands its ferry in Pozzallo, south of Sicily.

Augusta is closer to the Strait of Messina.

A new fast ferry service between Malta and Sicily will be introduced next summer with the former Fred. Olsen Express catamaran BONANZA EXPRESS, renamed HSC ARTEMIS.

The new joint venture will be a competitor to the existing operator, Virtu Ferries.

Ponte Ferries will operate a catamaran between Grand Harbour, Valletta, and Augusta, Sicily. 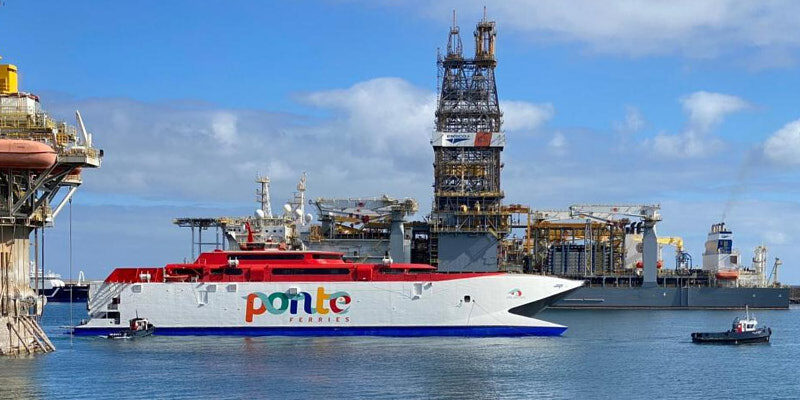