As of mid-June, ropax MOBY ZAZA will be chartered to Baleària for the summer season.

Some sources revealed to Ferry Shipping News that the 1982-built ferry is expected to be deployed on the route between Almeria and Morocco until next September.

The former OLAU BRITANNIA has been inactive since last autumn in Livorno and was used before as a quarantine hotel. 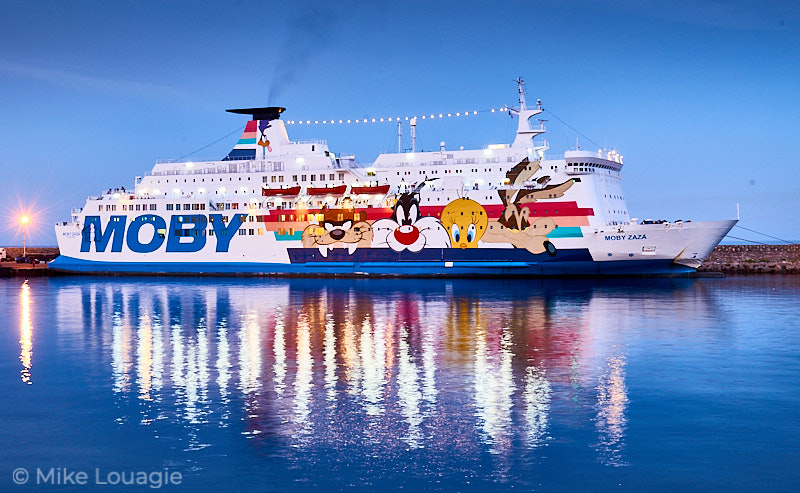