The new route starts on 1 February 2022 and will be served by ropax URD three times per week and port.

Sister vessel STENA GOTHICA will join the route on 1 May 2022. Norvik – Hanko will then be served with daily departures from both ports allowing for smooth loading and unloading during full day port stays.

Stena Line´s latest investments in the Baltic Sea include the deployment of two long newly built E-Flexers on the route Nynäshamn – Ventspils and the large capacity improvement on Karlskrona-Gdynia with the lengthened STENA SCANDICA and STENA BALTICA. 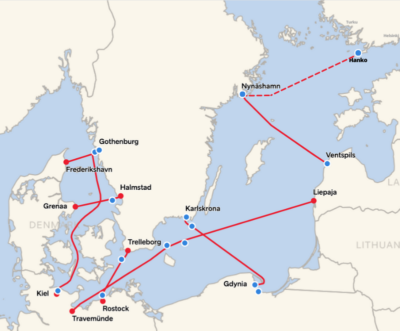