Side by Side Sprint

As BAJAMAR EXPRESS was departing Australia on her delivery voyage to the Canary Islands, she was joined by QUEEN BEETLE undergoing sea trials, in an historic moment capturing two Austal trimaran ferries. 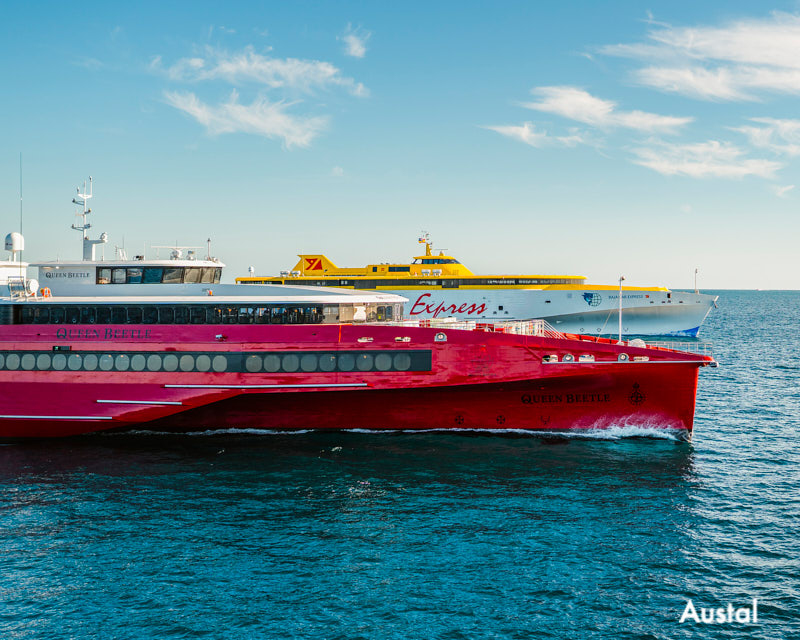