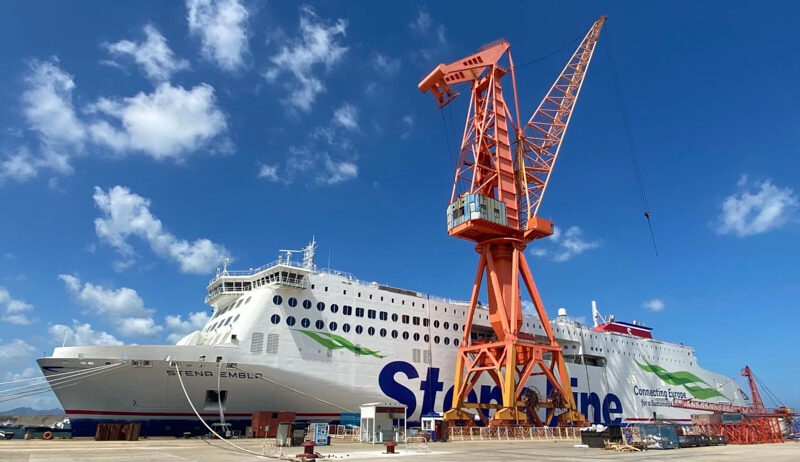 Stena Line has announced that STENA EMBLA, the last of its three new ferries destined for the Irish Sea, has successfully completed its sea trials in China’s Yellow Sea.

She will arrive home around Christmas, in time to start operating on the Belfast to Birkenhead route in early 2021, alongside sister ship STENA EDDA.

The new vessel replaces the STENA MERSEY, which has successfully operated on the Belfast to Birkenhead route for 10 years. She will then head off to join sister ship STENA LAGAN in Turkey where both ships are being extended, before re-deployment on the Baltic Sea.

Ferguson is investing more than £500,000 in a new tower crane to support the future growth of the business.

The existing tower crane, which has stood in the shipyard for 37 years, has reached the end of its serviceable life and is being demolished to make way for a bigger and better version. 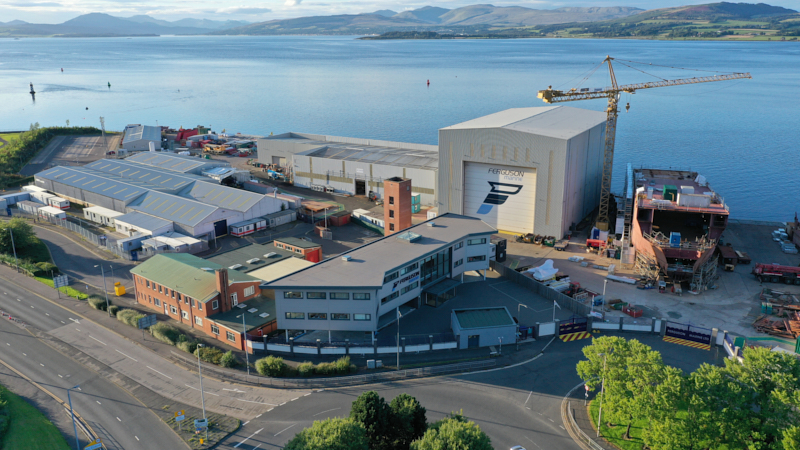 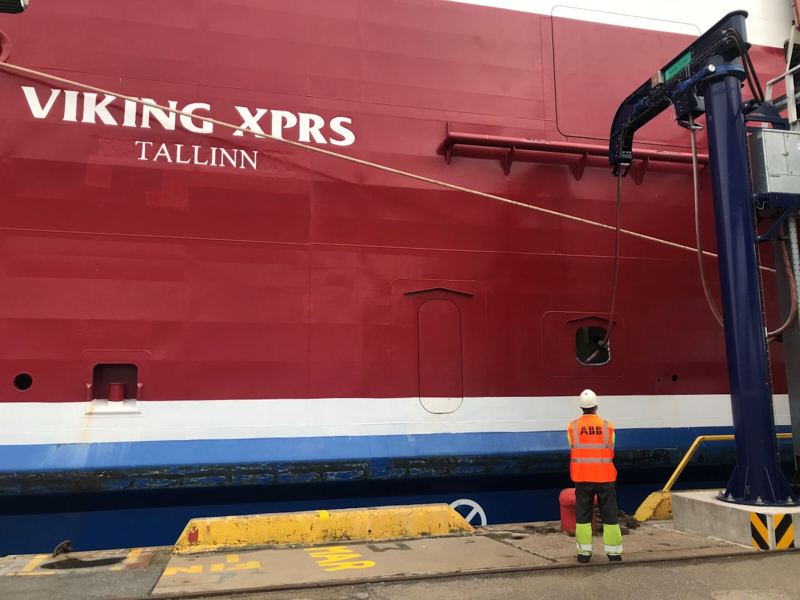 PRIDE OF BRUGES has left the Zeebrugge-Hull route to stand in for PRIDE OF HULL on Europoort-Hull. Reason: an engine room fire on PRIDE OF HULL. The fire broke out shortly after the ship set sail from Hull at 8.30pm on 20 October en route to Rotterdam. 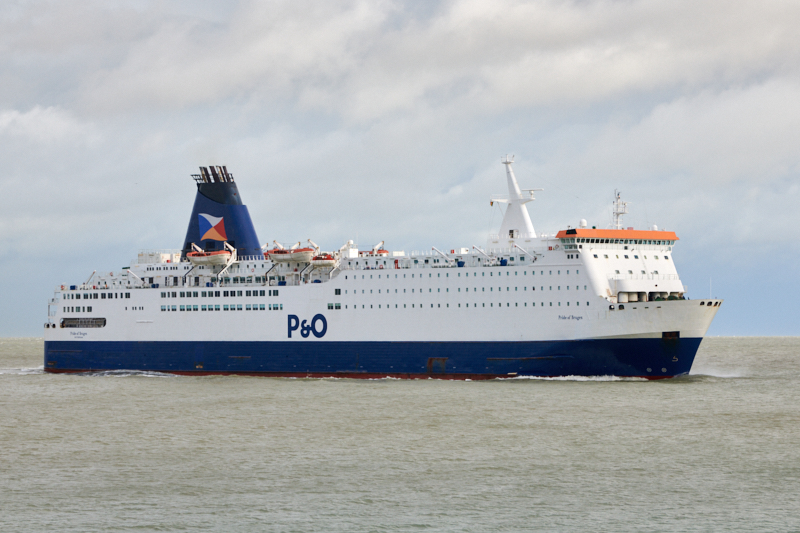 Ms Both-Walberg, who had been managing the family-run shipping company in the third generation, handed over the steering wheel to FRS on board the ferry GLÜCKSTADT. As a family-run company with more than 150 years of company history, FRS is taking over from the northern German ferry line. From left to right: Birte Dettmers and Tim Kunstmann (FRS), and Ms Both-Walberg