The port authority of Brindisi announced that Grimaldi Group will add a third ship on the ro-ro cargo link connecting the Apulian port with Ravenna and Catania (as from next week).

Until the end of last year the route was partly subsidised by the Italian State in favour of Tirrenia Cin and jointly operated with Grimaldi.

In January the Moby-controlled group left the space to the competitor which rapidly increased deployment of tonnage and frequency.

The next new entry on the maritime link will be the ro-ro vessel EUROCARGO VALENCIA which offers 4,400 lane metres capacity. Service becomes daily. 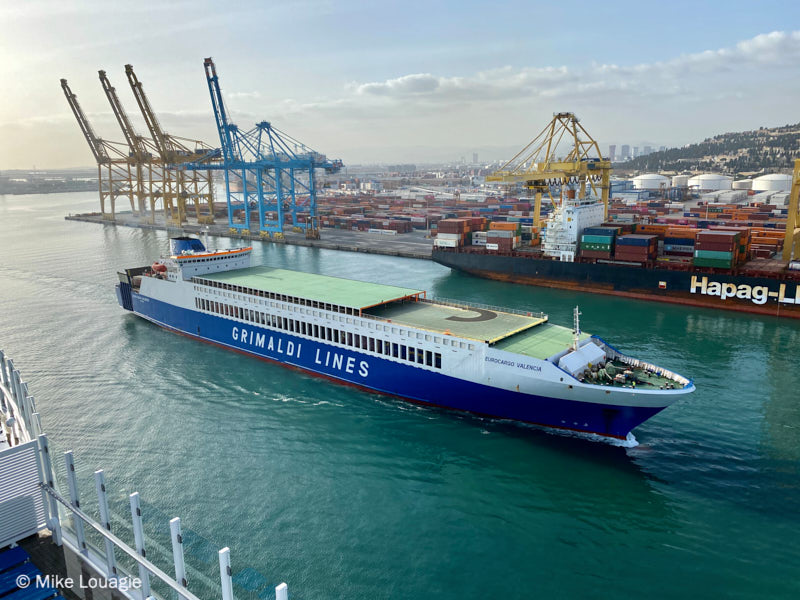 Roro CADENA 3 is back home in Zeebrugge, after her charter as MASSIMO MURA with Tirrenia, and after a rather long layup in Leixoes.

According to Equasis, she is owned by Cadena RoRo SA, care of CLdN ro-ro SA.

The Flensburg-built vessel will be used on the CLdN routes. 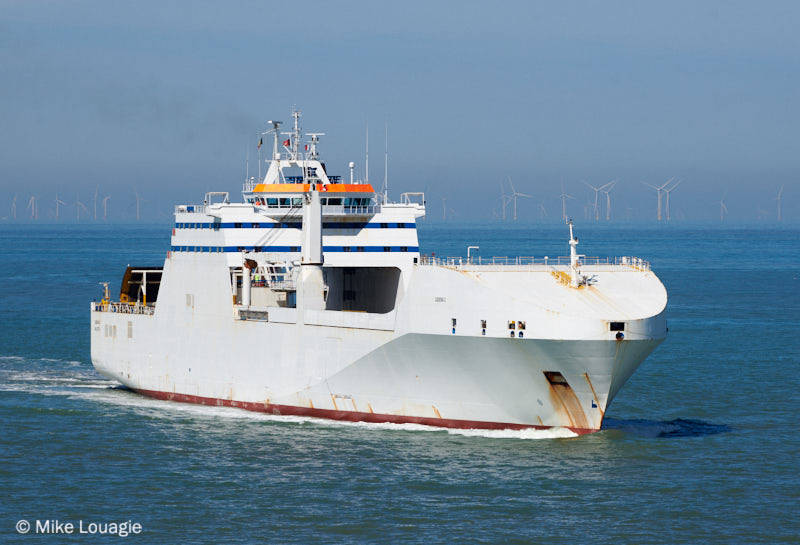 MELEQ will be renamed ACACIA SEAWAYS, a name that indicates an imminent future with DFDS. 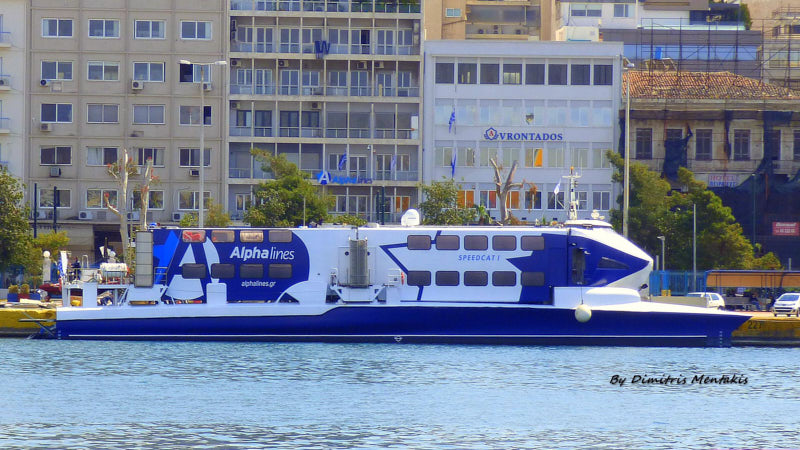 The conversion of the Blue Cruise’s NISSOS CHRISI – ex- RUNGHOLT- has almost been finished and the small vessel is expected to leave Atsalaki Shipyard (Perama) for Crete within the week.

She was purchased in October 2019 from German operator W.D.R. and she will probably serve the Kasteli – Gramvoussa – Balo line. 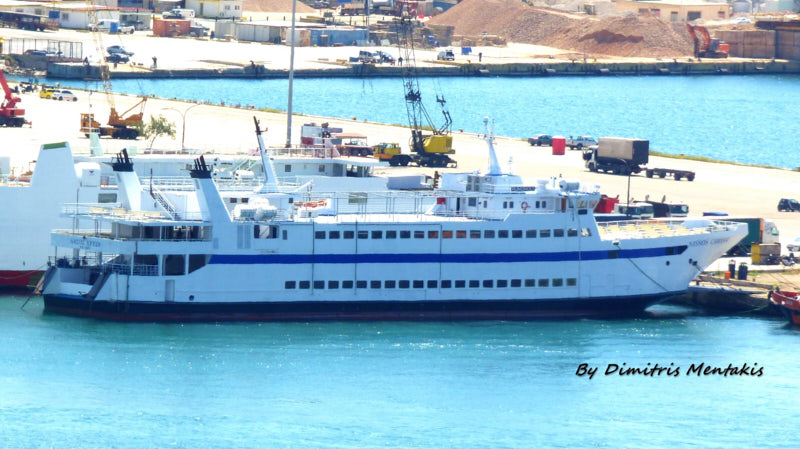 Do You Recognise The Veteran Ferry?

RED STAR 1 has been towed by tug CHRISTOS XXVII, and arrived in Tuzla, Turkey.

She was built in Lübeck in 1965 (!) as VIKING III and had a very rich career. The ferry sailed for many companies, on an amazing number of ports. What’s going to happen now is not clear yet. 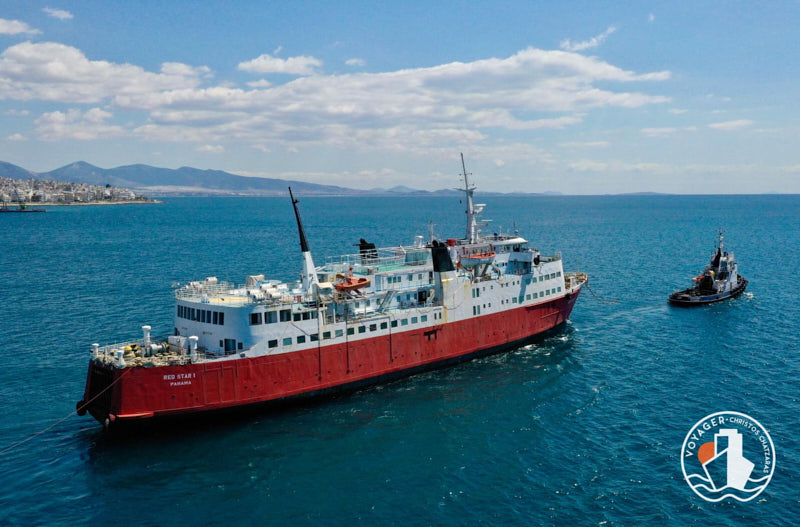 which is out of service since March 13, 2021. Her funnel is seen enlarged while she is expected to return in her daily service (Kavala-Lemnos-Lesvos-Chios-Samos-Ikaria-Piraeus line) in June.