In its annual report 2019 (in Dutch), the Port of Oostende still has the cruise & ferry sector as one of the five key pillars for its future. The Belgian port has a long ferry tradition, linking Continental Europe with the UK since more than one and a half century. However, the last ferry service stopped 6 years ago.

One threat to its future is the concession given by France to energy producer EDF, for the development of a wind farm on the historic ferry route. Having a wind energy parc on this place would jeopardise any future ferry route between Oostende and Dover.

The port authority keeps the possibility open to take legal steps to keep this historic route open and is supported by the Belgian Government.

The route can be seen on this maritime chart. 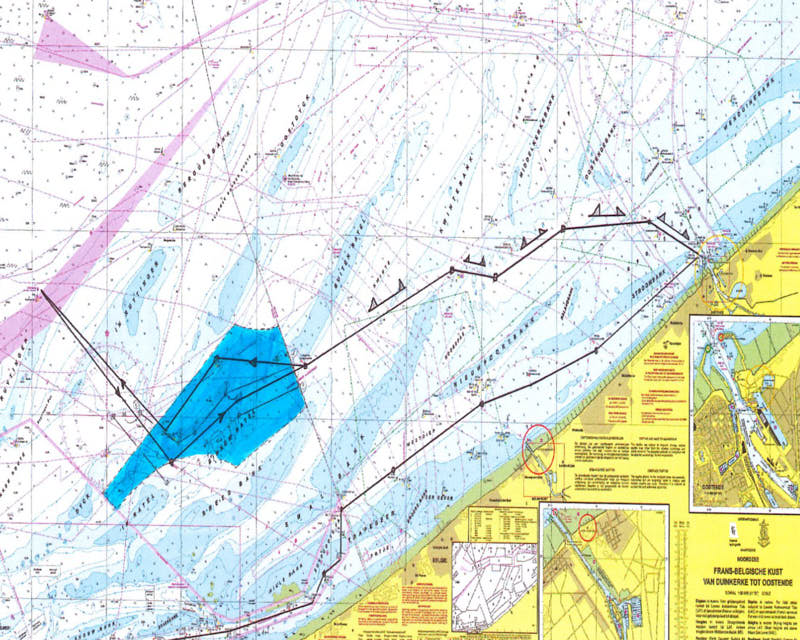