HSC POWER JET was launched on the Heraklion-Santorini-Ios-Naxos-Mykonos-Paros line on June 11, 2021. The ship was introduced on that line last summer (August 2020) and will compete with Minoan Lines’ SANTORINI PALACE.

The popular HSC WORLD CHAMPION JET was launched on the Piraeus-Syros-Mykonos-Naxos-Ios-Santorini line on June 11 as well. The fast ferry will depart every morning at 7:00.

HSC SUPERRUNNER JET, former SUPERRUNNER of Golden Star Ferries, will be introduced on the new Thessaloniki-Skiathos-Skopelos-Alonissos-Mandoudi (Evia) line on June 18, 2021. The ship will sail from the port of Thessaloniki 3 times a week, while during August she will add one more departure. She will depart at 7.00 in the morning and will be the fastest connection between Northern Greece and the Sporades islands. 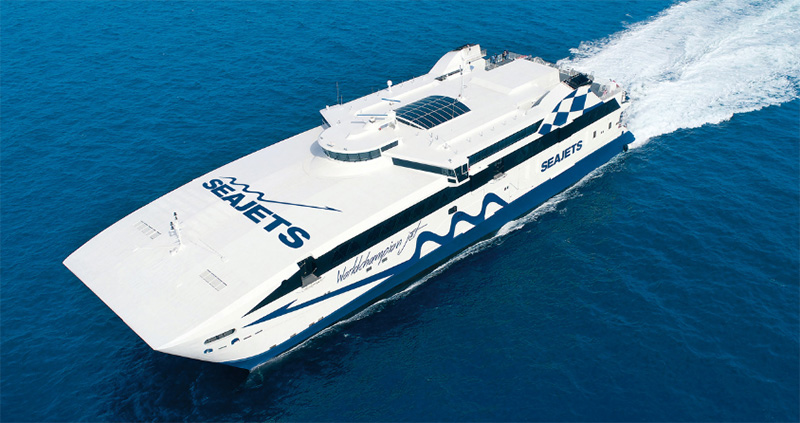