Among a string of new eco-friendly initiatives, the Marseille Fos port authority is to spend EUR 20 million over the next six years to extend shoreside electrical connections for berthed vessels to every ferry, cruiseship and repair quay within the Marseille eastern harbour.

Already available on the Corsica ferry quays, the network will be expanded in two phases to cover North Africa ferry quays and the shiprepair hub by 2022 and the cruise terminal between 2022 and 2025.

The zero-emissions investment – backed by national and regional government – recognises the need to maintain the port’s value to the economy while improving the city’s waterside air quality.  Marseille Fos CEO Hervé Martel commented: “We are convinced that ecological transition is the springboard to economic growth.  That’s why we are investing heavily to become the Mediterranean’s first 100% electric port by 2025.”

Martel recently joined a regional government delegation that visited Tunisia’s transport minister and gained an undertaking for a techno-economic study into the electrification of quays at La Goulette, the port of Tunis. Such provision in Tunis as well as Marseille is seen as crucial in encouraging the two ferry operators on the route to equip their ships for the facility.

Meanwhile 12 shipping companies have qualified for 2-3% reductions in Marseille Fos port dues as a reward for cutting air emissions below regulatory requirements over the past year.

The incentive was introduced in July 2017 after the port joined the World Ports Climate Initiative, whose Environmental Ship Index (ESI) has been adopted by 50 ports handling more than a quarter of the global fleet.  The ESI measures NOx, SOx and CO2 reduction performance for ships at berth on a scale of zero to 100.  At Marseille Fos, the scheme applies to containerships and cruise vessels with scores of 35 and above, the ‘cold ironing’ mark for ships using shoreside electrical power instead of onboard diesel generators. 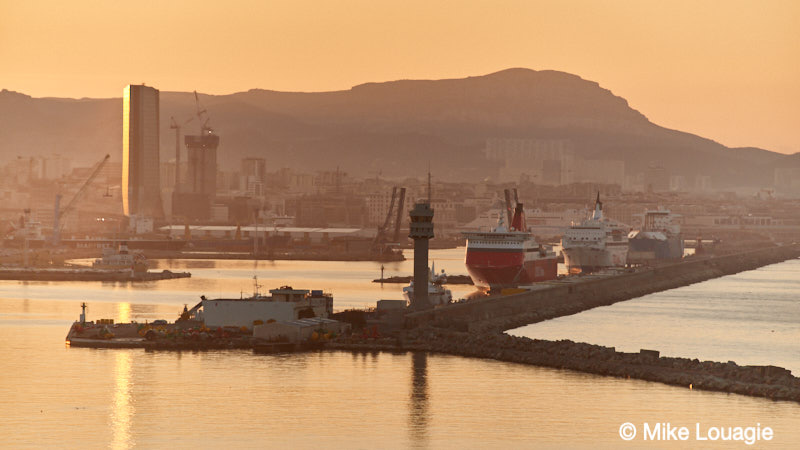