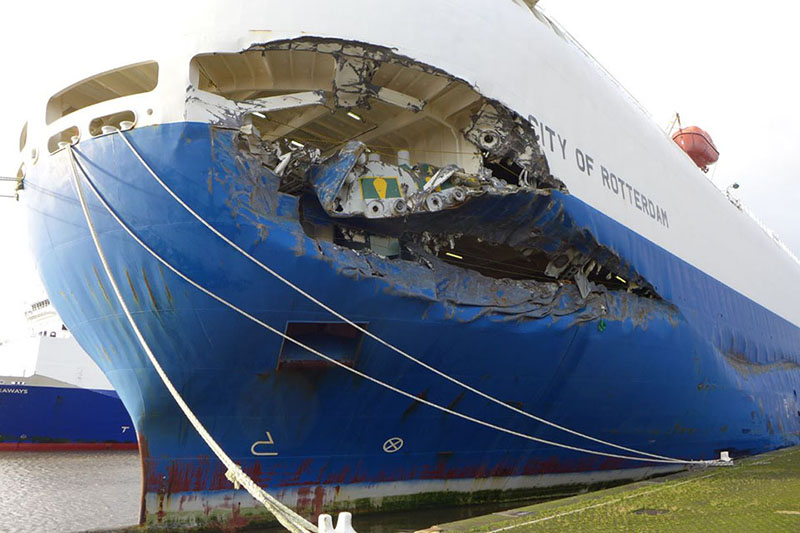 On 3 December 2015 the Panama registered pure car carrier CITY OF ROTTERDAM collided with the DFDS ro-ro PRIMULA SEAWAYS on the River Humber. Both vessels were damaged but made their way to Immingham without assistance.
Recently the captain and the pilot of the CITY OF ROTTERDAM have been sentenced to four months in prison.
The UK Marine Accident Investigation Branch (MAIB) concluded that the incident was due to the pilot’s loss of situational awareness and the bridge team’s failure to intervene, all exacerbated by an unusual bridge layout.

In a reaction, Don Cockrill, Secretary General at United Kingdom Maritime Pilots, has written an interesting article on LinkedIn where he explains why the legal process can overtake and compromise the advancement of maritime safety